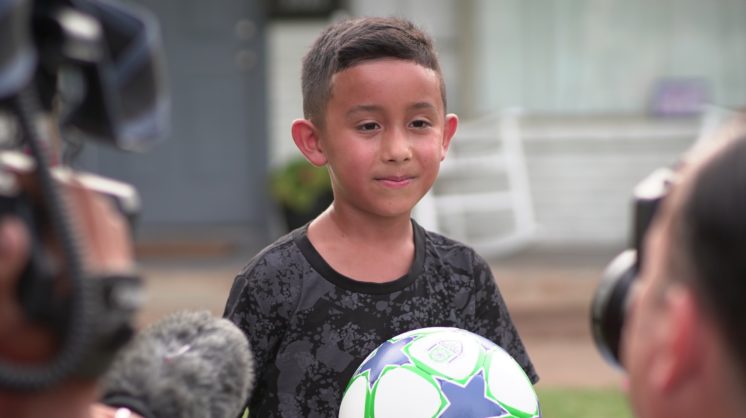 Iker Navarez, a 9-year-old boy in southside Oklahoma City, was busy practicing his soccer skills when he was met with a cranky neighbor determined to shut down his passion. The OKC Police Department was called on the child, as the soccer ball had bounced off the neighbor’s property while Navarez was kicking it around in the front yard. Rather than show up with harsh consequences planned for a child simply trying to stay active, the OKCPD showed up at the Navarez home with a different intent. They didn’t chastise him; the police officers decided to start a pickup game with the boy instead. With the worry of trouble gone, Navarez was able to play in peace, all while making new friends in the process.

After OKCPD released footage of the fun-filled game, Energy FC received word that Navarez was an avid fan of the professional sports team, so OKC’s beloved soccer team paired up with the police department to surprise the boy with a multitude of fresh soccer gear to encourage his efforts. Tucker Stephenson, a player for Energy FC, was an avid admirer of Navarez’s skillset, saying, “I could tell that his passion for the game is very strong and that he’s got a great playing career ahead of him. When hearing about this opportunity, I didn’t want to pass up this chance to help Iker.”

On top of this, Energy FC provided the Navarez family with season tickets for the end of the 2021 schedule, and for the next. Stephenson said, “A great moment for me was seeing him at the home game after surprising him with season tickets. I believe Energy FC plays a vital role in growing the sport of soccer within the Oklahoma City area, and additionally in giving back to our supporters and the less fortunate within the community.”

Professional player Seyi Adekoya also showed up at the boy’s home, where an excitable practice session ensued. After Energy FC’s help with the surprise, Stephenson said, “I’m thankful that Energy FC pushes its players to perform on the field and gives us outlets to help the community off it. That’s visible through the number of community outreach projects that the club is involved in.” At the end of the day, Iker Navarez’s love of soccer can’t be diminished. 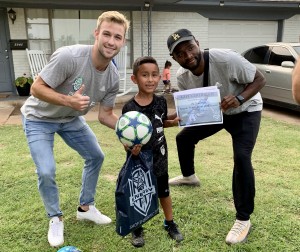