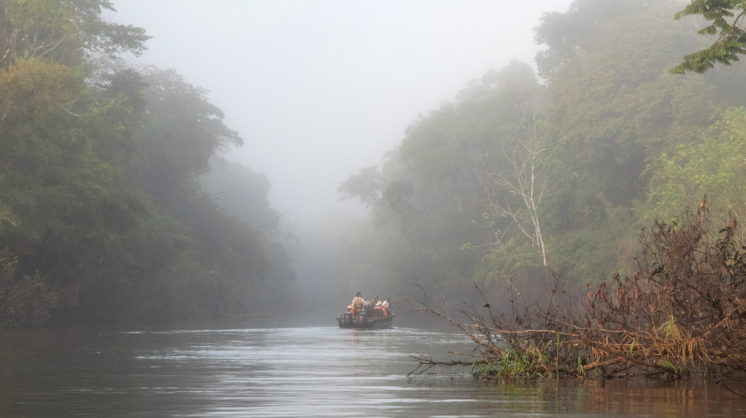 EDITOR'S NOTE: This article was written a month ago, based on a trip taken the first week of June – well before the tragic fires in Brazil’s Amazon began to grab national headlines. International Expeditions operates its Amazon experiences in Peru, many hundreds of miles from the fires in Brazil. These excursions are not currently affected by the fires and continued tourism to the area is vital to the success of the people who call the Amazon home. Our minds, and our sympathies, are with all those affected.

“When I was a kid, my favorite thing was to wake up early and watch the sunrise over the river,” says International Expeditions naturalist Juan Tejada, looking out the window as the Ucayali River – a tributary and source river of the Amazon – rolls past us from the deck of the recently renovated Zafiro riverboat. “After the sunrise,” Juan continues, “I would go down to the river by myself when it was quiet, and swim …” he paused again, as though about to let me in on a secret.

“… I would swim with the pink dolphins.” 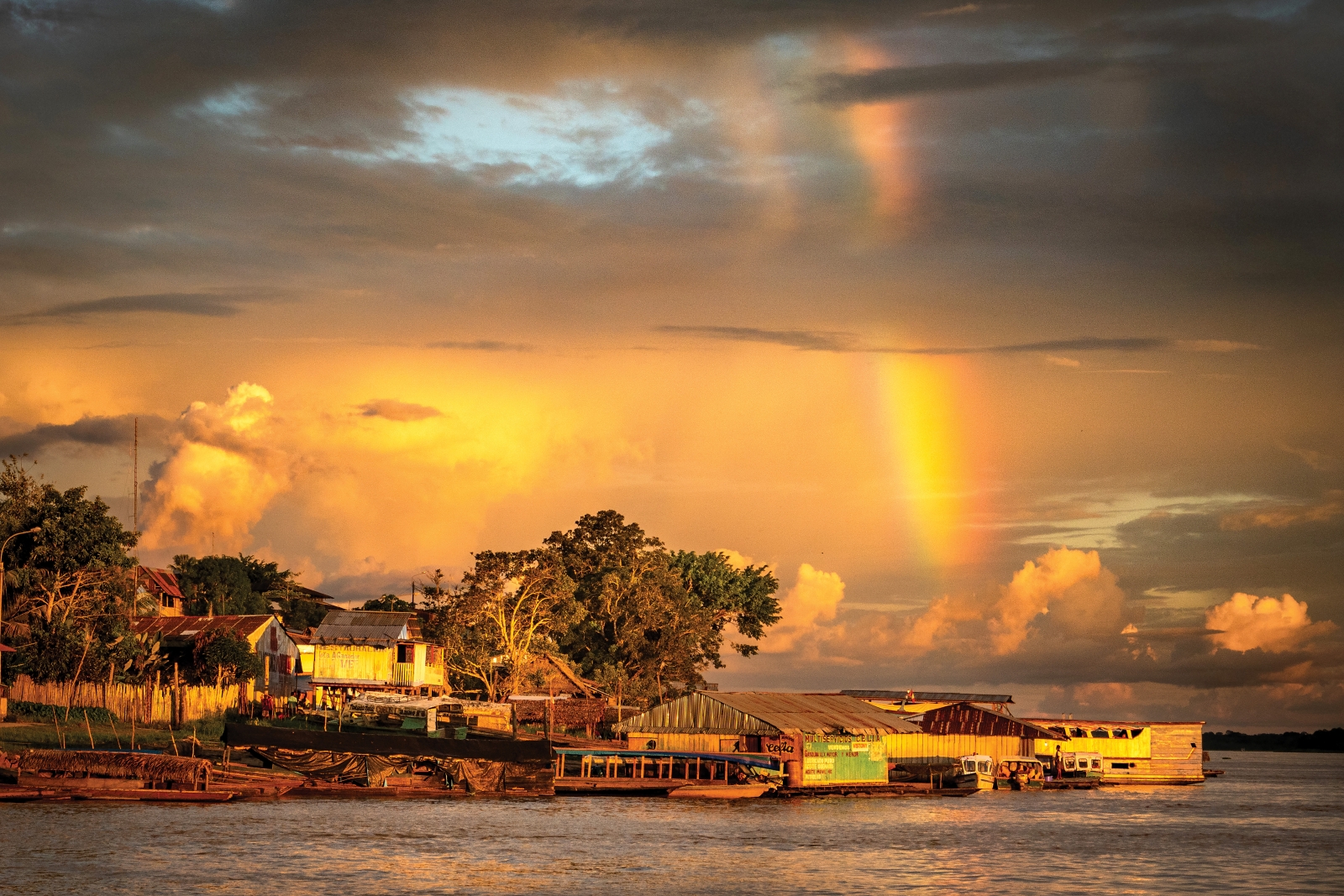 Prior to my arrival to Iquitos, Peru – where my journey through the Amazon began – the idea of such an animal sounded mythical. Yet as he mentions this to me, a trio of pink dolphins breach the water just to starboard. I take a sip of my pisco sour, waiting for Juan’s next bit of brilliance. The night before, along with much of the staff of Zafiro, he’d put on a musical performance worthy of a stadium tour. In fact, the multi-talented staff ensured that there is never a dull moment – unless, of course, that is what the traveler wants. Now though, Juan is reverential, as though he knows about something even more magical than a sunrise swim in the river with pink dolphins. But for now, he chooses to keep that bit of magic locked in the Amazon. “It was really wonderful.” As if on cue, a pink dolphin breaches the water and takes a breath. Then another. 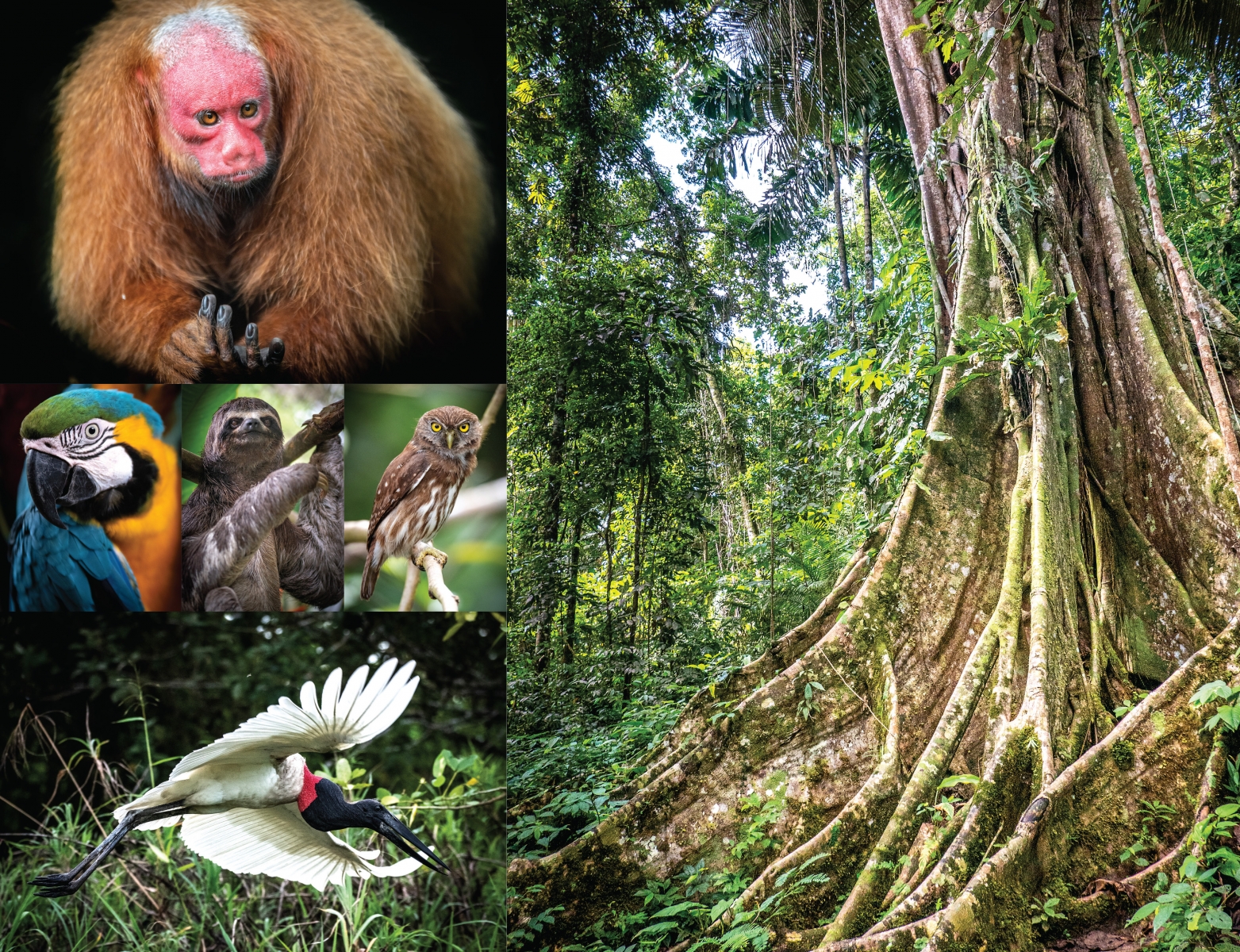 Along the shore, I can see the high-water mark on trees as we pass. It is early June, and the rainy season has just ended. The river has already receded almost 5 feet and will continue to recede well into the dry season. The river, which now feels more like a lake, will be a ropy brown band of water, and wild animals such as jaguars will come to the river’s edge to feed on caymans. Now, though, with the water still high, my seven-day voyage with International Expeditions will highlight some of the Amazon’s more docile wildlife – sloths, monkeys, butterflies and birds – and also offer a look into the lives of the people who live harmoniously along the river’s edge. 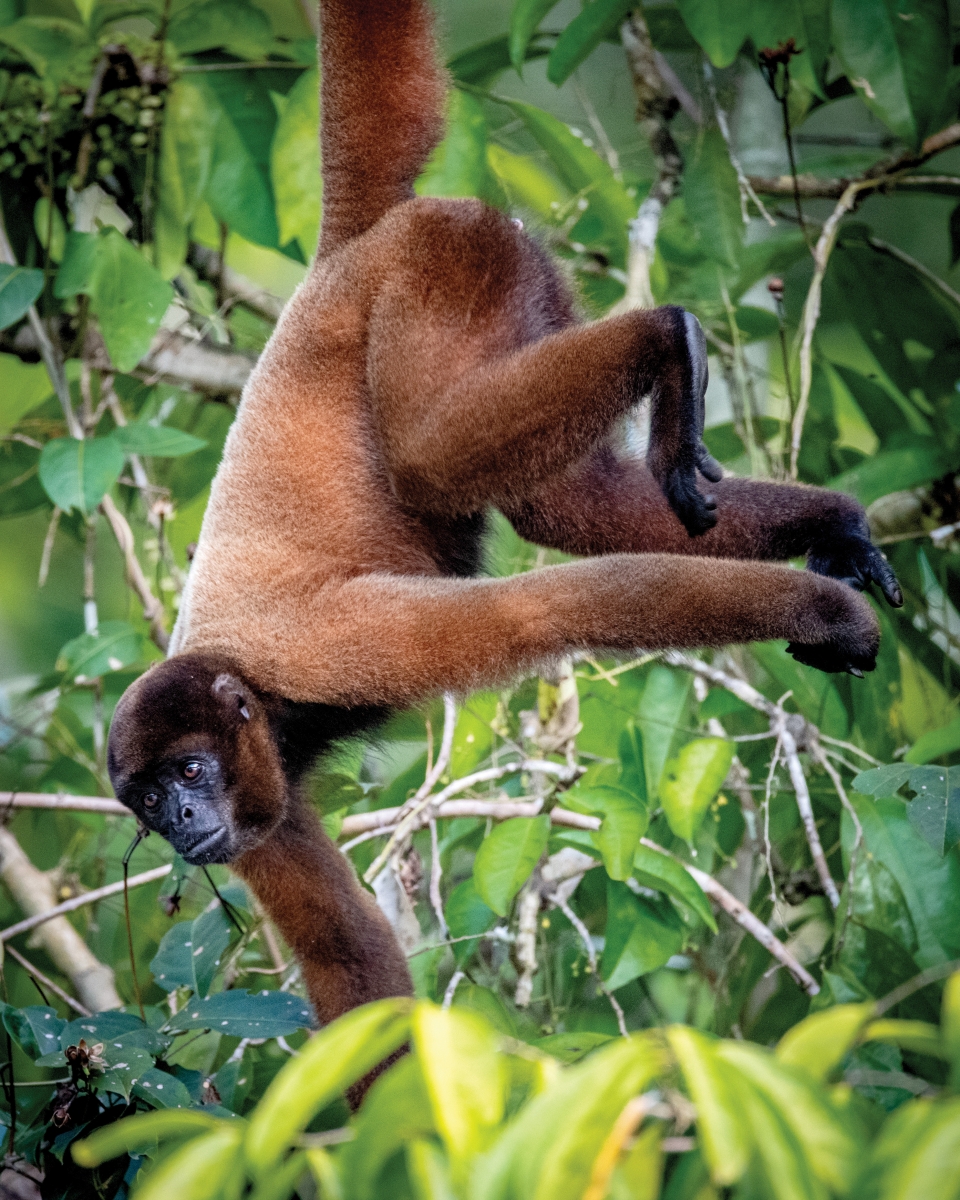 Although considered an “Amazon Cruise,” I learned quickly that experiencing the “Amazon” was a little more involved than just hopping into a boat and sailing up (or down) the river. The journey began in the city of Iquitos. The Peruvian city of just fewer than 500,000 is accessible only by air or by boat from the rest of the country, and is where most Amazon adventures begin. The Amazon – the world’s most voluminous river – flows south, but our expedition takes us down the Ucayali, the Amazon’s largest tributary, which actually flows north until its confluence with the Maranon River. The headwaters of the Ucayali, and ultimately the Amazon, are deep up within the Andes Mountains. 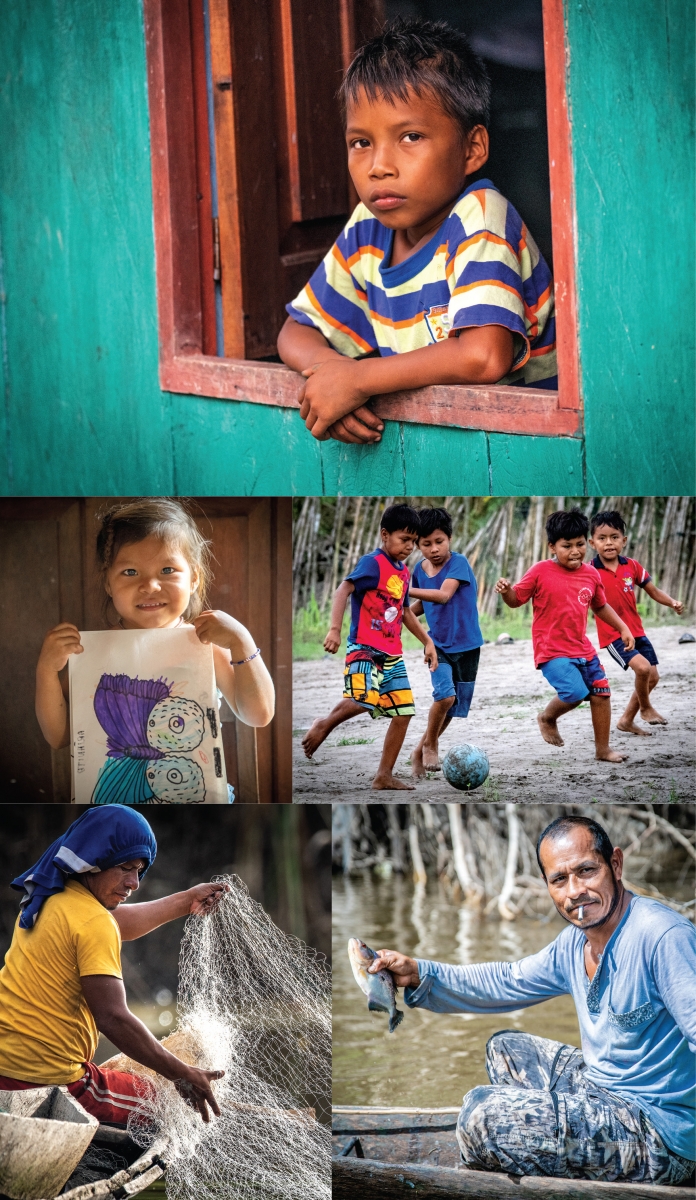 Our seven-day wildlife journey takes us into the Pacaya Samiria Preserve, 8,000 square miles of floodable rain forest, surrounded on one side by the Ucayali and by the Maranon on the other. Each stop consisted of an adventure down one of the Amazon’s 1,100 tributaries or a visit to one of the river’s vibrant communities, like the one where Juan grew up, and the Riberenos who call the river home.
Explore our photo essay to experience what makes Juan’s Peruvian Amazon such an irreplaceably magical place.