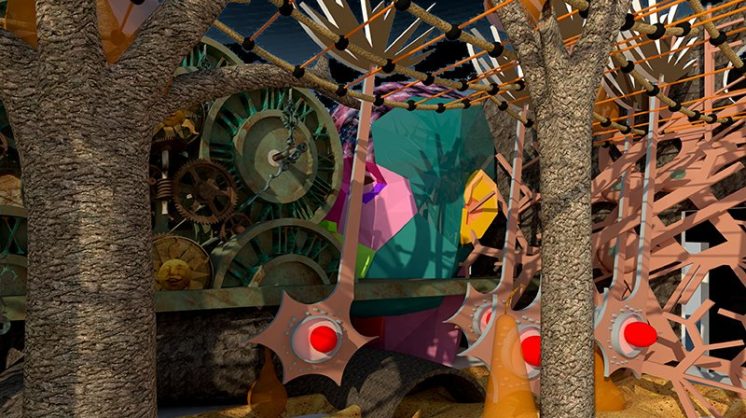 Plans are underway to create OKC’s most ambitious interactive art installation: Factory Obscura is a group of community builders and artists who are working to create a fully immersive large-scale installation – the first part, SHIFT, is due to be unveiled at a preview party in November.

“We originally discussed an idea for an adult playground, and made a quick visit to City Museum with the director, and quickly realized we had a much greater potential to create an experience that would be for all humans,” explains Laura Massenat, one of the project founders who is also owner of Elemental Coffee Roasters.

Inspired by Santa Fe’s hugely successful art project Meow Wolf –  a unique combination of children's museum, art gallery, jungle gym and fantasy novel – Factory Obscura aims to create a “fully immersive environment which invites visitors of all ages to explore the alternate world, deigned to be enjoyed by adults and children alike,” according to Shift curator and artist Kelsey Karper.

Karper said there is a refreshing element of freedom to Factory Obscura, providing an opposite experience to the conventional way we enjoy art – standing back to admire a painting, unable to touch it. She adds, “There is no map to a Factory Obscura installation. Rather, you are invited to explore and play freely, discovering hidden surprises.”

Its inspiration, Meow Wolf, started nine years ago with 12 members, and has since grown to employ more than 200 people, with $6 million generated in profit from last year’s futuristic exhibit House of Eternal Return.

Massenat said its success has been a big inspiration to the team behind Factory Obscura, adding, “They (Meow Wolf) have proven there is a model for supporting artists with thriving wages, while providing a huge benefit to the community and becoming a profitable business at the same time.”

Currently working with a team of 17 artists alongside the six founders, the project aims to support education and art through mentorships and partnerships. The team is raising $40,000 for the first part of the project SHIFT, due to be unveiled at Current Studio in November. The installation will be the first step toward a permanent location in Oklahoma City.