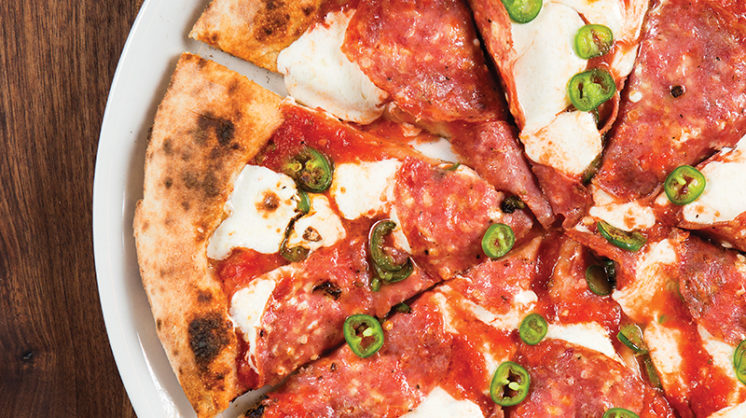 For speakers of Italian, it means to fly or to soar. To music lovers, the word instantly prompts thoughts of Dean Martin (or Scott Bakula). But thanks to one of Norman’s newest restaurants, pizza lovers might – and should – find themselves getting hungry when they hear the word “Volare.”

You can’t miss it; get anywhere near Campus Corner and you’ll see the multi-story building looming large over its neighbors. Besides being extra-visible to folks passing by outside, the building allows for a two-story interior including a mezzanine, and its vast, open feel benefits atmospherically from the extra height. And even when you shift your focus to smaller elements, the details work just as well. Consider the delicate tracery of the wrought-iron scrollwork around the mezzanine (which looks pretty and diminishes the possibility of accidentally dropping a fork onto diners below); or the thick rug and collection of mismatched but coordinating furniture that make up a cozy, stylish lounge effect on the north side of the mezzanine; or the bar’s comfortable stools made from reclaimed boxcar wood. In fact, co-owner Pete Wilson based the design of the bar area on a watering hole he loves in Paris; it’s a nice spot for relaxing with a zingy Sicilian Mule or the gin-and-limoncello specialty beverage SS 163, named for a road on the Amalfi coast.

And speaking of southern Italy, that’s where this restaurant’s heart lies – in Naples, and more specifically, with Neapolitan-style pizza. That doesn’t mean they just throw some sliced tomatoes on top of any old pie and call it a day. “All the meats are from Italy,” explains general manager Kathleen Gallagher. “Everything’s very traditional, we use specific ingredients like sea salt and extra virgin olive oil, to be able to say we make it Neapolitan style. It’s a very serious business.” 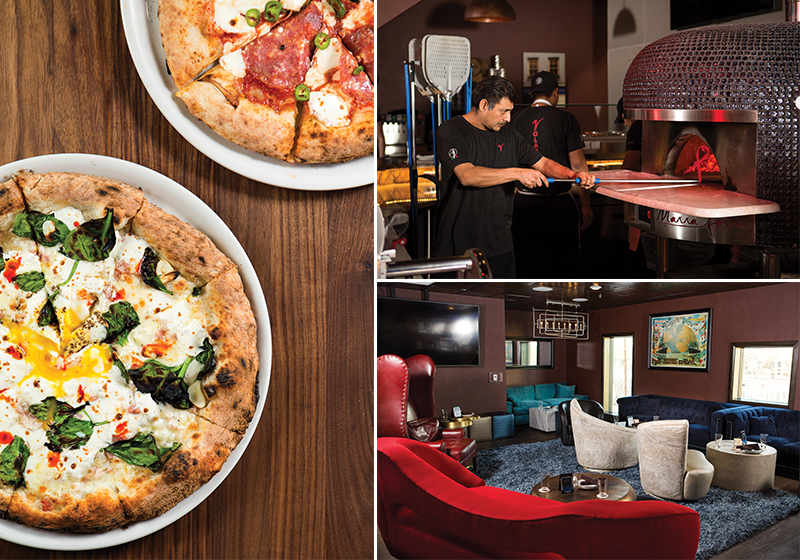 They also roll with a wood-burning oven imported specially from Italy that generates the characteristic  soft, tender crust with small bubbles of char by cooking at 900 degrees. When a pizza hits the oven floor, it cooks in 90 seconds. The exterior tile is color variable, which doesn’t have any effect on its food, but makes the oven itself even more of a showpiece.

To crown these crusts, diners can choose from among an impressive variety of toppings, in a nice mix of more conventional classics and forays into imagination. If you’re in the mood for an unimpeachable Margherita or Marinara, they can set you up, or you can swerve into the soppressata, Serrano peppers and drizzle of Altus honey of the Bee Sting. I loved the latter, almost as much as the Breakfast of Champions’ blend of ham, egg, fontina and black pepper. “I’ve been really happy to see people being adventurous and falling in love with some of the more unusual ingredients,” Gallagher says. 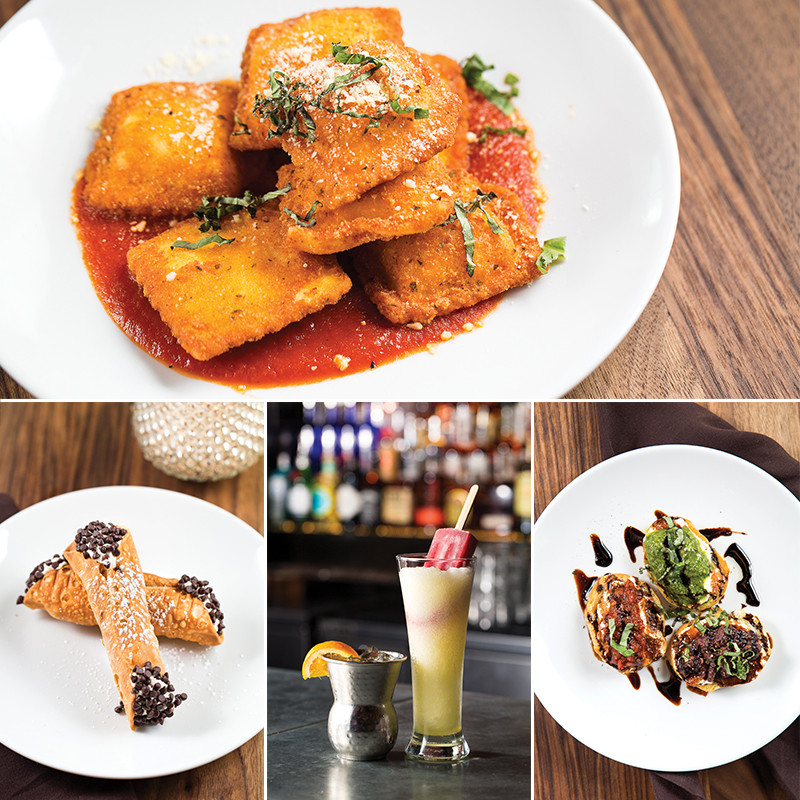 I also want to recommend one more thing that’s not a pizza (well, two if you count the pistachio cannoli). The namesake Volare sandwich is a delicious mass of shredded beef short ribs mingled with two gooey cheeses – it could be a glorious mess, but the thick, buttery slices of perfectly toasted bread make it simply glorious. And, Gallagher told us, the accompanying crack fries are made from the same potatoes used by In-N-Out Burger.

It’s a pretty excellent menu, much as you’d expect from chef Anthony Compagni, who also runs the show at Benvenuti’s (see p. 52). Combine it with the cool atmosphere, friendly price point and relative dearth of Norman-specific pizza options and it’s totally worth exploring … even if the song does get stuck in your head for a few days afterward. (Not that we’d know anything about that.) I can’t swear that it’ll make your heart soar, but Volare will give your taste buds wings. 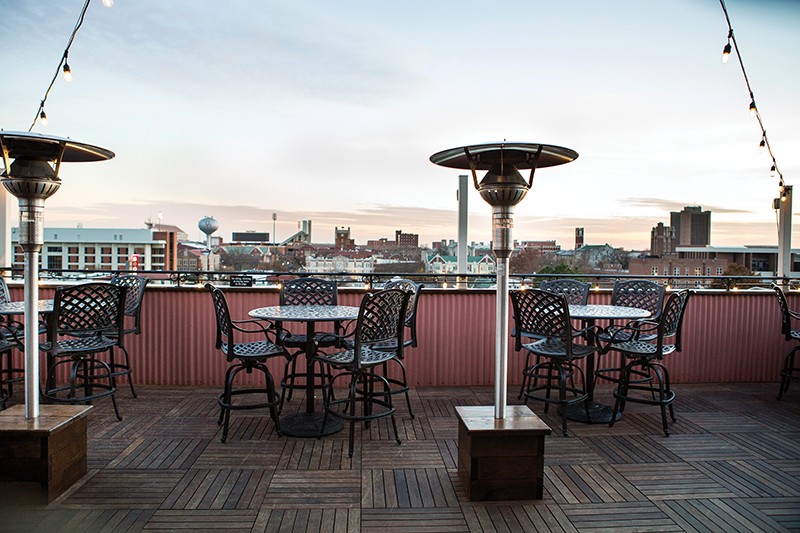 I mentioned that the sheer amount of space improves the feel of the interior, but there’s another benefit to occupying a multi-story building: the rooftop patio is a must-see. While an outdoor bar surrounded by comfortable chairs and a perimeter of tables is hardly a new idea, giving it these commanding views in every direction … well, elevates the concept, so to speak. The roof was packed on a cold, wet, altogether nasty day in early December as Bedlam raged nearby – imagine what a genuine pleasure it will be once the mercury starts rising.