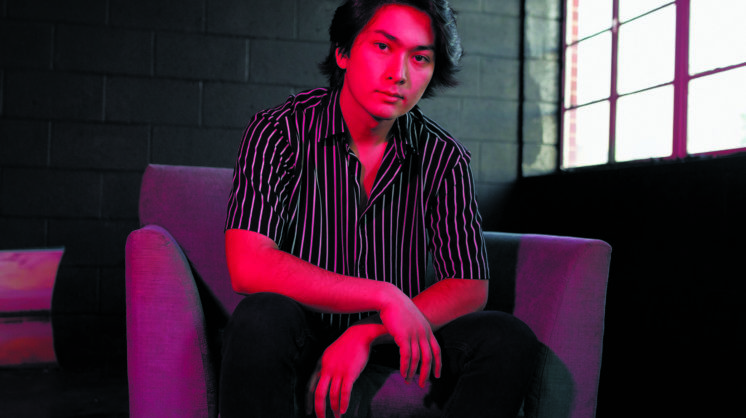 Like everyone else in April 2020, singer-songwriter Kale Dumas was locked inside. Not able to play his music live or report to work at The Jones Assembly, Dumas struggled with what so many artistic people faced during that time: how to tap back into creativity when separated from the outside world.

“At first, it stunk,” Dumas says during a phone interview. “It was terrible, and creative people are really emotional, too.”

The shutdown of the March 11 Oklahoma City Thunder vs. Utah Jazz game was bad by itself, but the situation got worse. Dumas, 22, who recently released the bracingly fresh, R&B-influenced EP I Thought You Hated Parties, was scheduled to play Willie Nelson’s Luck Reunion festival in Spicewood, Texas, on March 19 alongside performers including Kris Kristofferson, Parquet Courts, Angel Olsen and Lucinda Williams. The missed opportunity to reach new audiences stung, but it also had a domino effect: Money he would have earned at the festival would have gone toward recording.

But after a few weeks of feeling distant from his creative skills, Dumas regained his footing.

“It was like a light switch flipped,” he says. “I’ve been writing a lot of songs.”

Dumas began writing songs when he was 12. He was turned on to folk artists and singer-songwriters around that time by his father, who played him a variety of artists ranging from Ed Sheeran to veteran Canadian folk singer Gordon Lightfoot.

But Dumas succeeds, in part, because of his agility in traversing various styles. I Thought You Hated Parties contains five wall-to-wall bangers, particularly the dance floor-filling title song and standout track “Blacked Out,” both of which find the singer’s mid-range voice decorated with au courant beats and atmosphere. 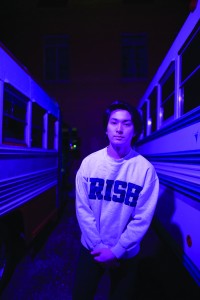 Even with this recent foray into mainstream pop styles, Dumas keeps a foot in direct, guitar-driven ballads like “You’re Flying Now” and “DNA,” which he debuted in April through The Jones Assembly’s website.

Dumas’ best-laid plans for building a strong concert set and polishing his performances did not pan out for the spring, but when he is able and audiences are back in force, he hopes to build up a concert schedule apart from playing in restaurants and bars. He wants to be center stage as soon as possible, but in the meantime, he is learning as much about the music business as he can.

“I knew Scott Marsh when he was at The Criterion, and when he moved to The Jones, I drove up there and said, ‘Hey, Scott, can I work shows for free?’ Scott’s become a good mentor to me and I’ve tried to learn a lot, because he’s done a lot.” 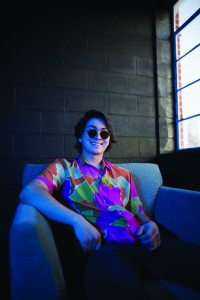 Since he started writing songs again in early April, the new music has come fast and furiously. He plans to spend the balance of 2020 releasing a slew of new singles — his goal is to put out at least one new song every month.

“I’m just going to keep putting new music out there, try some new things and see what works,” he says.