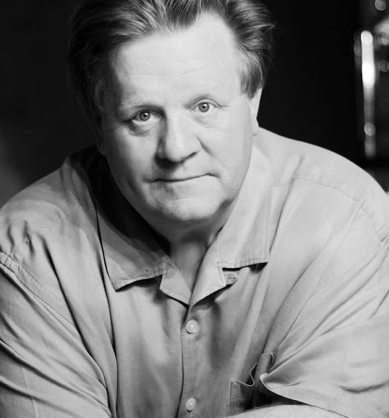 Late 2019 brought heartbreaking news for my family. My lifelong best friend and husband of 30+ years, Bob, passed away suddenly. Boisterous and larger than life, he left without a sound, gone in an instant.

Bob was an amalgamation of Dennis the Menace, the Three Stooges, Allen Funt of “Candid Camera” fame and Benny Hill. Irreverent and laugh-out-loud funny, he held almost nothing sacred.

Almost nothing. His standing-room-only memorial brought into focus what he did hold sacred: friendship.

One such friend was Terry, an easygoing straight man to Bob’s comedy. Throughout their decades-long friendship, Bob played a thousand pranks on Terry.

Living in Santa Fe at the time, Terry occasionally brushed shoulders with celebrities. Handsome, single, well traveled and socially polished, he checks all the boxes for a single woman in search of companionship – including one in particular who had met Terry through a mutual friend.

“Go on…” Bob said to Terry during a visit to New Mexico.

“Nahhh, she swore me to secrecy,” Terry insisted. “But we had a really nice time. I have a ranch. She has a ranch nearby. We know a lot of the same people. And she said she’d like to see me again.”

“Really, Bob, she was suuuuper sensitive about privacy. I did everything but sign an NDA. I assured her that I’m very discreet and that I wouldn’t tell anyone,” Terry said.

“It was Jane Fonda,” Terry confessed.

After telling me about it as Bob and I were passing through Santa Fe on the way to Taos with our kids, Bob suggested that we pick up a greeting card. Using Bob’s back as a lapboard, I wrote a thoughtful note in the greeting card as Bob dictated its content.

“Dear Terry,” it began. “It was so nice to meet you and discover all we have in common. You remind me of my ex-husband Ted. He always loved the outdoors, like you. And he was short, like you. I think you’re really sweet. And short. But you’re funny, too. And you’re short. I look forward to seeing you again soon.”

The kicker was the signoff, which made us laugh so hard, I could barely steady the pen to write: “Fonda You, Jane.”

We dropped the card in the mail, spent a week in Taos, and returned to Santa Fe on our way back. Bob efficiently baited Terry into a follow-up conversation about Jane.

“Any updates on your love life?” he asked.

Bob reeled Terry in without a fight. “Oh, really?”

“She said I remind her of Ted Turner,” Terry recalled.

“And she thinks I’m sweet,” Terry said, adding, “and then she signed it, ‘Fonda You, Jane.’ So, I wrote her back and signed my card, ‘Fonda You, too!”

“Fool!” he blurted out. “Fonda You?” Who do you think wrote that? Don’t you recognize Lauren’s handwriting?”

Terry, always good-natured, was seething, which only fanned Bob’s flame. “Dammit, Bob! I knew I shouldn’t have said anything!”

Terry wasted no time calling Jane to give context to the (random) card he’d sent her. “Sooooo … I guess I let it slip to a friend of mine that we’d met and kinda hit it off.”

Irked, she let him continue while she smoldered.

“He and his wife thought it would be funny to send me a card, as if it had come from you, and I really thought it was from you because it was signed ‘Fonda You,’ which is why I signed my card, ‘Fonda You, too.”

“So, heh, heh, it was all just a joke that was meant to be funny. And if you knew these people … I’m really sorry for any inconven …” he said, interrupted by The Offended One.

We’ll always be Fonda You, Bob.