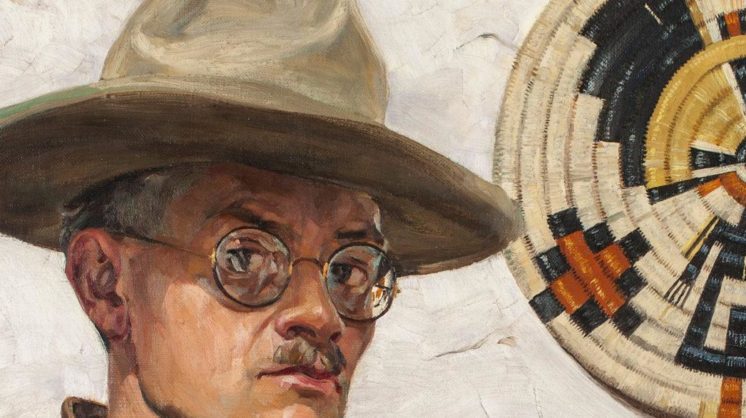 A traveling exhibit that offers a fascinating look at the history of American art opens at the Oklahoma City Museum of Art this week. “For America: Paintings from the National Academy of Design” features 99 paintings from the Academy’s collection covering the period 1809 to the present, and includes works by Andrew Wyeth, Frederic Edwin Church, Isabel Bishop, and Jaune Quick-to-See Smith. 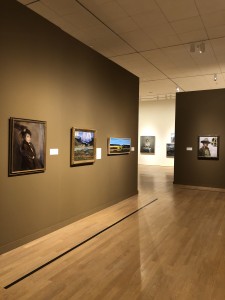 Exhibit curator Catherine Shotick said that while Americans won’t necessarily recognize many of the painters, there will be a few “big names.”

“The Academy never embraced avant garde,” Shotick said. “The works are very traditional and representational, but they also show 200 years of art history seen through the eyes of artists.”

Founded in 1825 by Samuel F.B. Morse and others, the Academy welcomed new members by invitation, and as part of the process, accepted artists donated a representative work and a portrait of themselves. Those donated works became the collection, and it’s from that collection that “For America” was built. The Academy stopped requiring a portrait submission in 1994, so not all the artists have an accompanying portrait, but Shotick said roughly 60 percent in the exhibit do.

“This is a traveling exhibition created by the Academy in conjunction with the American Federation of Arts,” Shotick said. “They’ve chosen a strong representation of the Academy’s collection and American art history.” 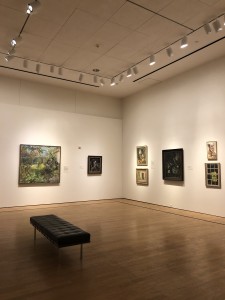 That history isn’t always a pristine picture, though, as evidenced by the reality that the first living female artist, Eliza Greatorex, was admitted in 1869, and it took 98 years to include an African-American artist, Henry Ossawa Tanner. It would be 40 more years before the second, Hughie Lee Smith, was admitted.

“For a long time, the collection was not inclusive,” Shotick said. “It was a lot of landscapes and portraits of white men, so we truly have to ask, ‘Whose story is being told?’”

“For America” does not ignore those issues, though. In fact, the questions of representation, inclusion, and narrative are addressed in the installation’s final section.

“Many of the works are paired with quotes and information about these issues,” Shotick said. “They include modern questions, as well as American artists working through the question of why American art should or shouldn’t draw on European influence. There are so many great stories in here, and we try to tell the story—even the difficult parts, like why it took 153 years to admit the first Native American artist, Jaune Quick-to-See Smith.”

Oklahoma City is one of eight venues selected for this traveling exhibition, and it will be at the OKCMOA through Jan. 30, 2022.