For the Coffee Table - 405 Magazine 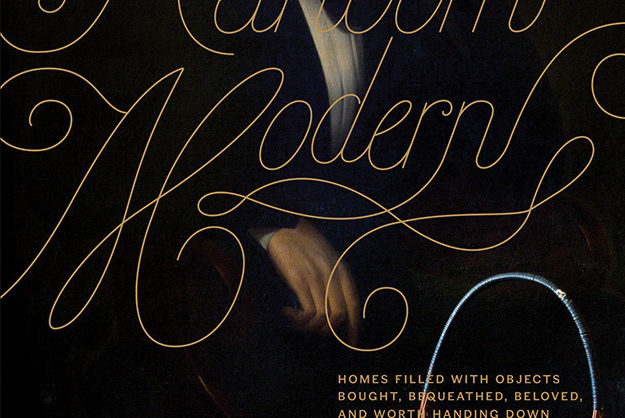 Minimalism Is A Legitimate Design Choice, and it can look seriously impressive if the homeowner is willing to make it work. But if you’re committed to that crisp, sleek look with a minimum amount of décor … this might not be the book for you.

“Heirloom Modern” is a collaborative effort between sisters Hollister and Porter Hovey; while the title might sound like a contradiction in terms, it refers to a decorative philosophy centered around objects of genuine personal meaning, especially those inherited pieces that tell a bit of family story, or which might tell future generations a bit about the present. The introduction, amid a flood of family photos (the better to contextualize the keepsakes from the past that fill the Hoveys’ own home) ends on something of a mission statement:

“For the last seven years, Porter and I have lived together in a loft in Williamsburg, Brooklyn, that’s filled with the mirrors, knickknacks, pillows and paintings that our parents started with in New York, along with … countless other pieces. We’ve added our own style to the mix, reinterpreting the lessons our parents taught us through a modern lens with a different set of influences and experiences.

“Our home has become a living autobiography, tracing our family’s roots and telling the story of our childhoods and our experiences as adults. If we have our own children someday, we hope that they will love these pieces as we do – not for any kind of monetary value, but because of the memories and stories they relay. To us, that’s ‘heirloom’ in the most modern sense.”

In its 200 or so pages, “Heirloom Modern” features 14 homes of the authors’ friends and relations, each installment with its own story and amusingly annotated captions – from a grandmother’s steamer trunk to a bounced check from Courtney Love Cobain. The book is a paean to owning and displaying stuff, but stuff that has emotions attached. It’s not a question of collecting things that match, but of accumulating things that matter to the homeowner. Memorabilia is fine, as long as it’s actually memorable.

It’s not a how-to manual for decorating, since your individual treasures and trinkets will naturally be at least a little bit different than anyone else’s. Think of it more as a series of case studies, depicting how the principle of visually celebrating life’s cavalcade of special events and memories can apply to multiple households. If our lives are a series of individual moments, there’s something to be said for keeping some of the cooler ones around.