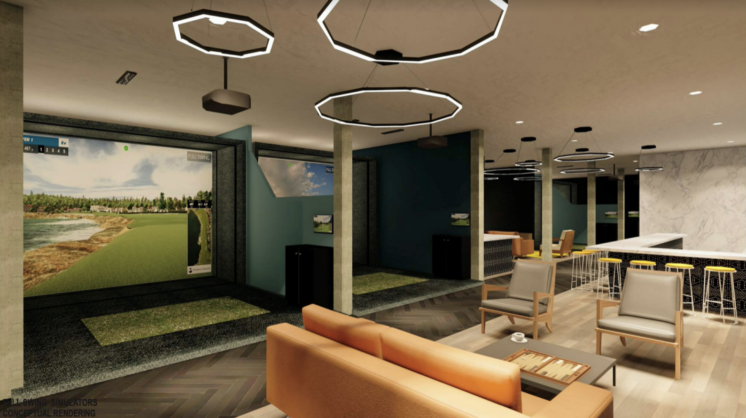 Even as the hospitality industry struggles to maintain adequate staffing levels in bars and restaurants, plans are going forward for new bars, breweries and restaurants. The metro will see several concepts opening between now and the end of the year, and plans are already in the works for 2022 openings, as well.

Julia McLish, owner of the popular Midtown bar-retail space Barkeep, will open Lunar Lounge in mid-October. Located in the Midtown Plaza facility that houses Barkeep, the new concept will be a “hidden hole-in-the-wall with a dark, starlit atmosphere and great cocktails,” to use McLish’s description. Fans of Barkeep will appreciate the potential that comes with McLish and her bartending genius sidekick Brenna Murphy having four times the space to work in. Former Fassler manager Zach Armfield will be an operating partner in Lunar Lounge.

The Hamilton Supperette & Lounge is expanding. Sometime this fall, it will open its adjacent bar space for overflow seating and private dining. Operating partner J. Mays played with the idea of a separate entity, but decided to go with a more flexible option for dining and events. The new space will have a full bar, a move that allows the team to expand its already impressive whiskey selection. Mays said that demand for reservations at the northside, dinner-only restaurant is high enough to warrant expanded dining space.

Skydance Brewing Company should be opening in late August, but owner Jake Keyes said construction issues over the next couple weeks will determine the exact date. The taproom and production facility is located just east of Automobile Alley, and will have 20 taps, two lounge areas with soft seating – including a mezzanine lounge – and a spacious patio.

Mad Hopper is currently working on its facility in the Britton District, the main street for the old municipality of Britton. No public target date has been set for completion yet. The brewery is located on the north side of Britton in the same complex as Venn Pizza, and will benefit from substantial parking on the west end of the facility.

Chef Jeff Chanchaleune, the James Beard Award-nominated chef behind Goro Ramen and Izakaya (along with business partner Rachel Cope), will open Ma Der, a Laotian restaurant in the former Goro space in Plaza District. Describing the menu as “top hits in Lao food — all my favorites,” Ma Der will include familiar items like papaya salad and larb, but Chanchaleune hopes to introduce OKC diners to a broader experience of Laotian cuisine, including nam khao, khao poon, Lao fried chicken, and the delicious chili dips called jaew. Ma Der, which is Lao for “come eat” — as in parents calling children into dinner from playing outside — is slated to open late September.

Edge Craft Barbecue opens July 30 in their space adjacent to Dead People’s Stuff on Linwood. Owner-pitmaster Zach Edge is best known for his work at the now defunct Maple’s, where he brought Texas-style bbq to Oklahoma City. Preliminary tastes indicate he has excellent prime brisket, delicious ribs, and outstanding sides, including potato salad and collard greens. Edge Craft will be open Friday through Sunday until they sell out each day.

Community Through Beer, the company behind The Patriarch, 1884 and Social Capital, is nearing completion of its remodel of the old Tapwerks building in Bricktown. The projected open date is near the end of the year. The Joinery will be a three-story operation with private event space on the third floor, a golf-themed pub on the second and a more upscale casual eatery on the ground floor. As with all its concepts, craft beer will be a major focus. The second floor concept is called Good, Good? – a Phil Mickelson reference – and will include five full-swing golf simulators. Food will be more shareable in focus, the kind you can eat while taking swings. Food on the first floor will be elevated pub food-meets-steakhouse in approach. Brad Mullenix of CTB said a beer-centric concept will also be coming to Norman in 2021.

Jeff Rogers has been busy opening four Yo Pablos and Chico Blanco (Bricktown) this year, and Steak: The Experience will open sometime this year, as well. Located in the old Luby’s Cafeteria space at May and NW 63rd, it has very few details available at the moment, but the good news is that Chef Jonas Favela – The Metro, Ranch Steakhouse, Graffiti – is the likely pick for executive chef.

Bryan Neel, one of the founders of S&B Burgers, now has Hi Fi Burgershop, a truck featuring delicious burgers, curly fries and onion rings, among other excellent options. Neel said he’s been scouting the city for a building, and he may have a fixed location at some point this year. He’s already making fantastic burgers in a truck, so a full kitchen would only allow him to improve on what’s already a stellar concept.