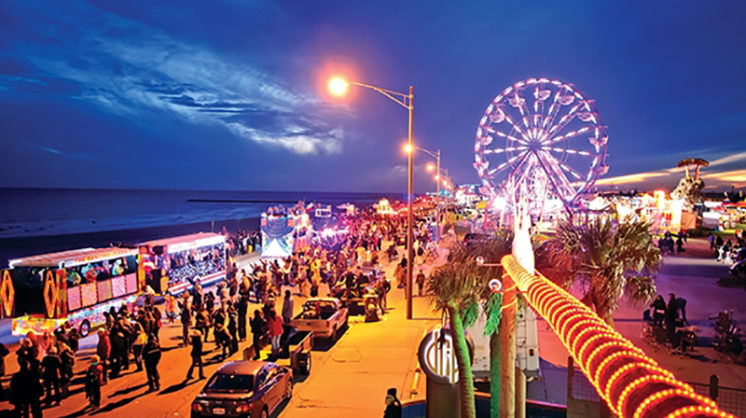 Avast, Me Hearties, Here There Be Pirates – And Parades – And Parties! It’s Mardi Gras In Galveston.

Galveston boasts the third-largest Mardi Gras celebration in the United States with 22 parades, 38 concerts, 20 balcony parties and five masked balls. Over 300,000 people are expected to show up for the festivities.

Weekends are the busiest, with many of the days featuring multiple parades. A number of the parades and concerts take place in the Entertainment District near the harbor. This is a controlled, ticketed area so there’s a small charge – buy online ahead of time and save a little money. Check out the Funky Uptown Umbrella Brigade Parade online and consider bedecking your bumbershoot and joining the record-setting umbrella dance through the Strand. Tickets are also available to some of the balcony parties; grab one for a bird’s eye view of the parades and the chance to throw beads over the railing. 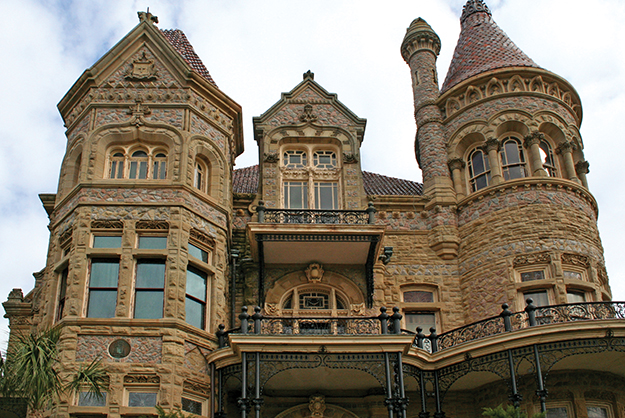 Sightseeing opportunities in Galveston range from erudite to eccentric. On the serious side, guests can better understand the island’s history with a visit to Pier 21, home to the Texas Seaport Museum and the 1877 tall ship Elissa, and a viewing of the short film “The Great Storm of 1900,” which documents the city’s greatest disaster. I took a great tour of the historic eastern end of the island and saw many homes that survived the devastation, including the magnificent 1892 Bishop’s Palace – worth a visit all on its own. Methods of touring include Segways, carriage tours, tour train or self-guided by bicycle.

Once a working drilling rig, the Ocean Star Offshore Drilling Rig and Museum now sits in the Port of Galveston and offers an insider’s look at life and work on an offshore rig.

For another view of the harbor, take a Bay Watch Dolphin Tour. The playful mammals are almost guaranteed to show for a close-up. 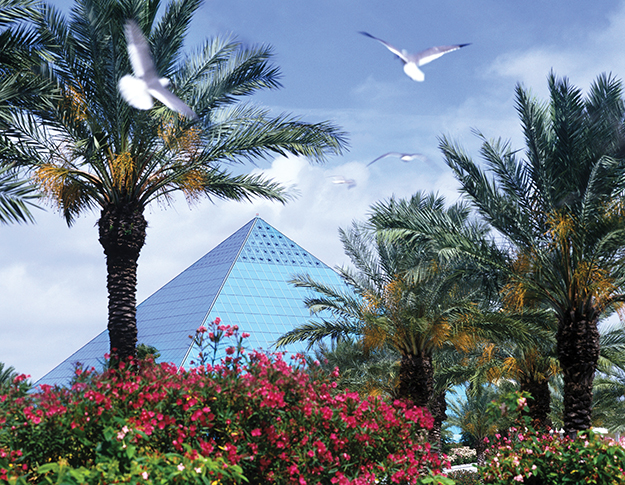 In the center of the island, the Lone Star Flight Museum houses many historically significant aircraft along with 1,500 artifacts related to the history of flight. For a real thrill, check on the availability of flights in some of the vintage planes, including an open-cockpit PT-17 Stearman Biplane.

The biggest attraction in this area of the island is Moody Gardens, an all-in-one attraction including accommodations, a golf course, a paddlewheel cruiser, ropes/zipline courses and three pyramids housing Texas’ largest aquarium, a rain forest and special exhibits.

For funkier fun, visit Pirates! Legends of the Gulf Coast or the adjacent Haunted Mayfield Manor. The popular Historic Pleasure Pier on the seafront pays homage to a 1940s hot spot and includes rides, games, shops and entertainment.

Everybody Has to Sleep Sometime

From economy to elegant, there are plenty of options for lodging in Galveston, but Mardi Gras does fill up the city and early reservations are a must. Both the Moody Garden Hotel and the historic Galvez have AAA Four Diamond ratings. The 1911 Galvez sits on the beachfront, right on the route of a couple of the largest parades. My personal favorite is the Tremont House, a boutique beauty in the Strand District. It’s perfectly located for exploring the historic downtown.

A cool new addition to the town’s accommodations is Harbor House, a unique boutique hotel on Pier 21. Sister property to both the Galvez and the Tremont, it features sleek, contemporary furnishings in a waterfront location – with easy access to the Strand District. 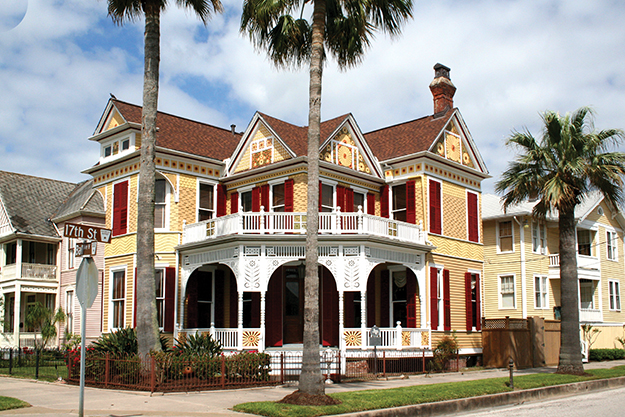 Mama’s Got a Brand-New Bag

While you’re exploring the historic Strand, be sure you bring your billfold. The streets around the Tremont House are packed with all sorts of shops selling items from bling to books and everything in between. I got my glitz on at Just Add Sparkle and loved the paintings at the G. Lee Gallery, both on Post Office Street. Need an antique diving suit or a brass ship’s bell? Try Nautical Antiques on Mechanic.

The Galveston Historical Foundation’s Eighteen Seventy One is the place to find books on the region and Galveston-related gifts. Their most unusual venture is the Architectural Salvage Warehouse at 23rd and Broadway. You never know what you’ll find here – could be fancy doorknobs, balusters, shutters or salvaged tile. I found a pair of Meissen mid-19th century gilt and pink brackets at a fraction of their estimated value. 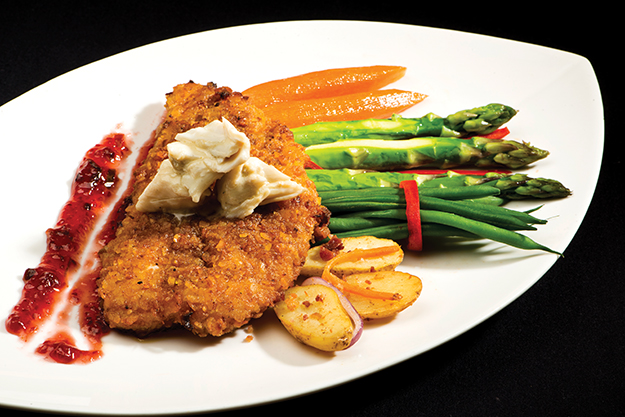 As the Stomach Rumbles

You might expect a seacoast town to be a seafood lover’s nirvana … and Galveston doesn’t disappoint. For an over-a-century favorite, Gaido’s is a must-stop. Come for the seafood but stay for the pie. Texas Monthly has awarded the restaurant “best pecan pie in Texas” more than once.

A number of years ago, my husband and I ate at Rudy and Paco’s on Post Office Street. The meal was so outstanding and the service so incredible that we couldn’t stop talking about it. We were dismayed when, in 2008, Hurricane Ike swept over the island and destroyed the restaurant. It took nine months to rebuild, but it’s better than ever and in 2013 was named one of the 100 Best Restaurants in America by Open Table’s Diners Choice Awards.

Grouper is the most popular dish at Number 13 Prime Steak and Seafood, but the steak is a great choice for landlubbers. The setting is the Pelican Rest Marina and the view from the two-story terrace is stunning.

There you have it: eating, sleeping, shopping, sightseeing and partying. If that’s not enough, don’t forget the beach, surf or deep-sea fishing, bird watching, hiking and kayaking. If there’s one place where the good times really roll – it’s Galveston!