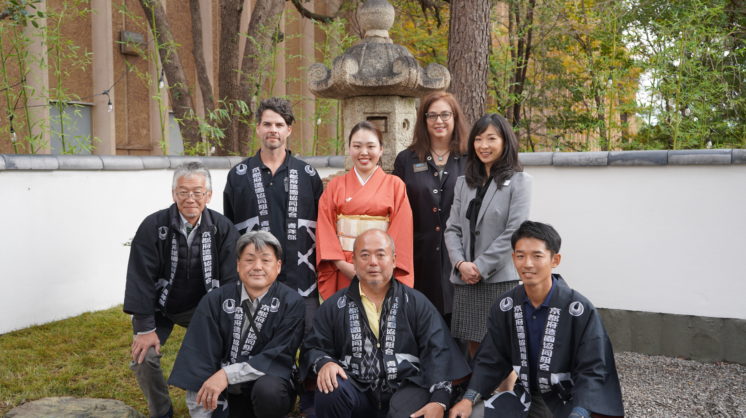 Despite being some 6,500 miles apart, the link between Oklahoma City and Kyoto has never been stronger. That’s thanks to the restored Kyoto Garden at Science Museum Oklahoma, whose zen-like grounds underwent a recent renewal by master gardeners from the Japanese metropolis known for its serene gardens.

The museum’s Kyoto Garden first blossomed in 1985. It was designed and paid for by the Kyoto government and presided over by master gardeners who created it in Japan and brought it over to the U.S. for a month-long build-out. Now, for the first time in nearly 40 years, the tranquil gardens have undergone a full restoration to create a peaceful display of unity between two international cities.

According to Barry Fox, gardens and grounds manager of Science Museum Oklahoma, the purpose of the garden is to show the partnership between Oklahoma’s sister state of Kyoto, Japan, a prefecture whose gardens entranced SMO founder John Kirkpatrick. “The museum’s goal for the garden is to share gardening techniques from another culture and to connect the museum’s guests with nature through gardening,” said Fox. He collaborated with the Japanese America Society of Oklahoma, a nonprofit organization that promotes cultural, educational and social relationships between Japan and Oklahoma, and acted as interpreters for Fox and the government of Kyoto Prefecture. “It was amazing that, despite not sharing a verbal language, we were all able to communicate through hard work.”

The goals for the Kyoto Garden 2.0 were not only to restore it to its original glory, but to enhance the grounds entirely. A series of financial woes and par-for-the-course severe Oklahoma weather had resulted in disarray for the original garden; as Fox recalled, upon his hiring in 2014, the section was mostly weeds and debris hidden behind stockade fencing. His mission was to restore it and breathe fresh life into a space of pure potential, and the process got underway in 2021.

Kyoto Prefecture flew four master gardeners — Hideuki Noma, Kenzo Ohira, Tatsuya Maruhashi and Ryuta Yamada — to Oklahoma City for the restoration, which Fox said took four days in late October and came together with the help of volunteers. “We worked very hard,” he said. “We busted tail and did what we needed to be done. Most days it felt like doing a weekend project with friends. At the end of the day, everyone knew that we all shared the same vision, to restore the garden, and that we all were willing to do the work.”

That work entailed restoring the Kyoto Garden to its initial beauty and design with matching plant material, statues and walkways through raked stone to illustrate a symbol of enduring friendship between Oklahoma and Kyoto. The garden holds Bloodgood and Crimson Queen Japanese maples, heavenly bamboo and red-tip photinias. The gravel has been replaced, and the entrance is new, but the heart and soul of the original garden blooms anew. “Being designed and restored by Kyoto master gardeners, the Kyoto Garden at Science Museum Oklahoma is true to the Kyoto style,” Fox said. “The garden is a very peaceful place to relax and experience Japan in Oklahoma City.”