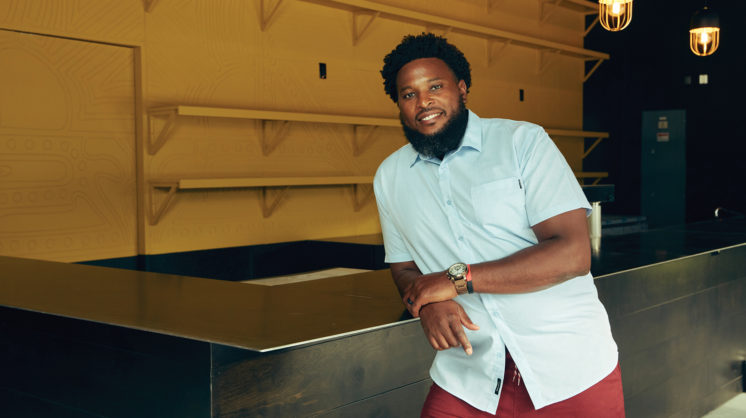 Quintin Hughes landed in Oklahoma City – Norman, really – from his native North Little Rock, Arkansas, to attend the University of Oklahoma. A recipient of a Boys & Girls Club scholarship, Hughes studied industrial engineering, eventually completing a Ph.D. in the field with an emphasis on engineering education.

“My goal was not to be an educator, but to start a nonprofit focused on education,” Hughes says. “I never expected to be employed by a school district, but when the ideal opportunity presented itself, I said yes.”

That ideal opportunity was GEAR UP, a federal program that assists middle school and high school students prepare for college. The program, according to official materials, provides direct support services, “including college campus tours, ACT test preparation and testing, college exploration and preparation courses, leadership/STEM summer academies and one-on-one guidance from education specialists.” The students are part of a single cohort. GEAR UP OKC has already completed one full cycle with a cohort and is currently working with the fourth. 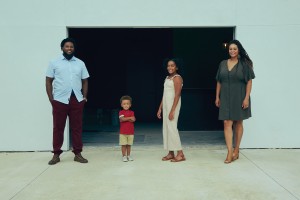 Hughes also is a partner in Kindred Spirits, a new restaurant, bar and venue that we will review in the November issue of 405 Magazine. “I have a few hats,” he says. “I’m moving out of the education sector now and will be focusing more on development on the northeast side of the city.”

In 2016, Hughes founded NE OKC Renaissance, a board-driven nonprofit organization to foster intentionally ethical revitalization on the city’s northeast side. He is the current board president. Rather than just focus on revitalizing and redeveloping, NEOKCR “proactively addresses resident displacement by ensuring current residents are benefactors and participants” – a much different approach than gentrification in many urban areas. Bringing residents in as stakeholders is a much slower process.

“I’d say ethical development probably does slow the development process down,” Hughes says. “For developers from outside of the community committed to ethical projects that benefit existing neighborhoods, it takes time to build enough of a connection with the community for it to support your project.” 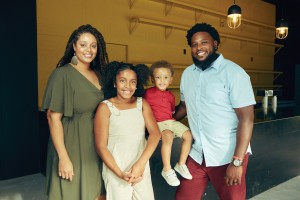 That people are difficult is too harsh an assessment, but there is truth in the notion that getting a whole community on one page is a challenge, he said. NEOKCR recruits and trains its neighbors using a development workshop model that pairs stakeholders with mentors and attempts to connect them with financing. “The barriers are knowledge, education and access to capital,” Hughes says. “NEOKCR is working to help ameliorate those issues.”

Access to capital is incredibly challenging for everyone. Development is expensive, and the slower the process, the more capital becomes an issue, given that no one makes money – except the contractors – until the development is done. But capital alone isn’t sufficient: “For aspiring developers who are already connected (to the community), it takes time to learn the skills of the field and access the capital and teams necessary to complete high quality projects,” Hughes says. NEOKCR is working to provide gap funding to increase the success potential of development.

“Via a revolving loan fund, NEOKCR intends to provide gap funding to aspiring developers and entrepreneurs residing in or connected to NEOKC without access to capital,” he says. “Oftentimes, banks require ‘skin in the game’ that has an equivalent cash value to 20 percent of the project cost in order to be financed; this could be a cash-down payment, equity from land or a home or some other acceptable form of collateral. Many in our community don’t have access to either of those, so in that case, we want to be able to fill in the gap for high quality projects that (produce a profit on paper).”

Hughes said the goal on the northeast side is to implement incremental, manageable change that doesn’t leave residents behind. That requires patience and long-term investments, both in capital and sweat equity. He and his partners are showing their commitment with Kindred Spirits, which they hope will be a hub along NE 23 Street and not just a popular bar-restaurant. Everything is done with a community in mind, not just profits; it’s humane development.

“An incremental approach to development inherently takes time,” says Hughes. “The point is to organically grow so that change happens at a pace that current residents can keep up with, rather than a rapid artificial surge that changes the demographic, economic, social and political landscape, seemingly overnight.”