Getting Hygge With It - 405 Magazine 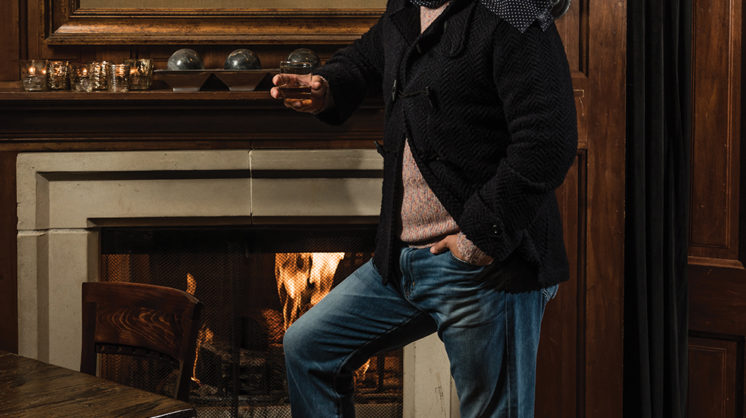 A Danish word for which there is no easily translatable counterpart in English, hygge (hue-guh) is a term that has piqued the curiosity of non-Danes worldwide since it began appearing in decorating magazines and books focused on home styling.

In fact, the number of books published on hygge in the past two years is enough to be astonishing, and it raises the question: How can something indefinable become a fad in the first place?

The answer may be that mystery always heightens popularity, at least initially. It signals elusiveness, which can indicate rarity, and that is often, ironically, a factor that triggers the beginning of a trend. (Remember the period of time when most of us didn’t have the slightest clue what umami actually meant?)

Another possibility is that once you hear what hygge means (or rather, when you hear the attempts that people make to describe the concept), it’s something most of us genuinely want.

Jimmy Nielsen, head coach of the OKC Energy Football Club and a Dane, confirms that it is indeed something worth having.

“Yes, you hear it all the time in Denmark,” Nielsen says, when asked whether hygge is actually an authentic Danish precept, or a marginal cultural quirk that’s been overblown. But he shuts down any notion that it’s something that’s as easily attained as a cashmere throw or woolen potholders.

“It’s not a decorating term,” he says, “It’s … a feeling. A walk can be hygge, you can have a hygge time with your friends. ‘Are you up for some hygge tonight?’ It’s weird. It covers so many things.”

When something is exclusive to one region and then becomes wildly popular, it would be understandable if there was at least some proprietary hesitation about the rest of the world trying to get it. (Maybe especially if they can’t even fully grasp what it is.)

Although Nielsen doesn’t claim to speak for all Danes, his good-natured response to the idea of hygge becoming a global phenomenon seems typical of Denmark’s national reputation as an easygoing country.

“I like it! I like it a lot!” Nielsen says. He also offered a different take on the oft-quoted statistic that names Denmark as the “Happiest Country in the World,” and suggests hygge may actually be the better word for describing what fuels Danish contentment. 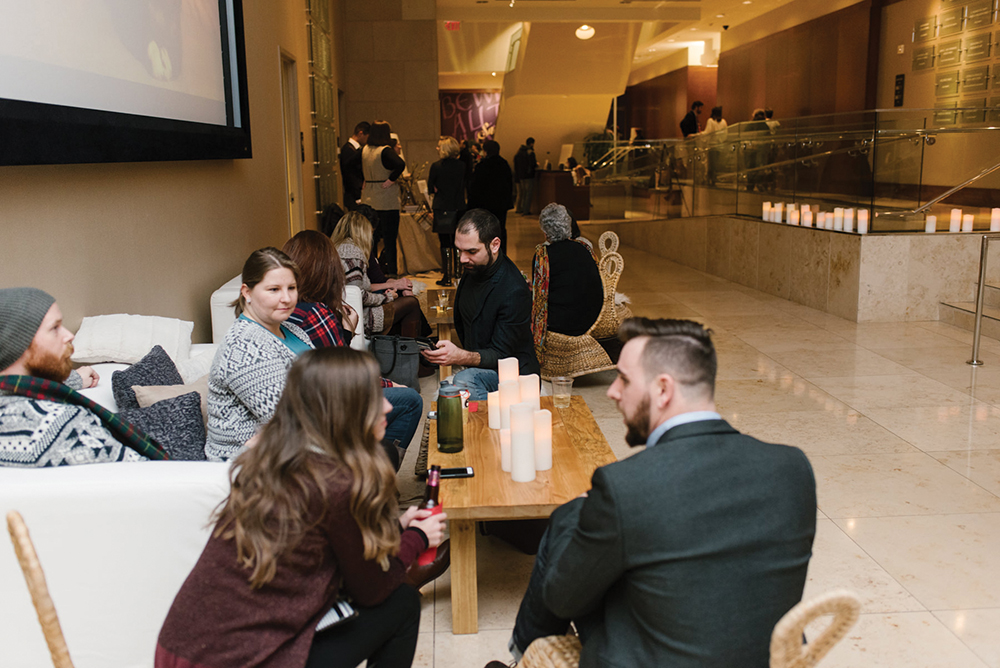 “We (Danes) have the reputation of being the happiest country in the world, and I don’t know if I buy into that. I’ve been to happier places, but hygge — that’s Danish. That’s something special. You use it all the time, in different situations. You can have a hygge day at the office!”

Taking the explanation a little further, Nielsen cited relational — not decorative — attitudes as the reason that true Danish hygge can be found wherever you make it.

However, Nielsen did admit that certain seasons may have an edge in helping those who are hunting for the indefinable sensation of hygge.

“Denmark is so freezing cold in the winter, you’re inside more — doing more family things, games — than you do in the spring or summer. So you’re sitting together more, and things may be more hygge. You find a lot of hygge in Denmark around Christmas time.”

Oklahoma, with its extended warm season and propensity to go from shorts-wearing weather to ice storms in a matter of days, may not seem to be the coziest of areas, but it’s still fertile ground for hygge, Nielsen insisted.

Most decorating plans are founded on a principle — minimalist, urban, etc. — and even eclecticism has its definition, because it’s using aspects from several delineated schools of decorating thought. Individuals usually shape their interiors through the template of one of these standard styles, with their own unique tastes directing their piece-by-piece choices.

If you’re seeking hygge, however, you’re simply trying to make your home convey a sense of well-being. That may seem like the most daunting style guide ever, but it could actually be the most simple one; you’re just looking for what feels good.

Reiterating his statement about hygge not being a decorating impetus, but a feeling, Jimmy Nielsen offered this plain-spoken advice to those who really want that thing that you can’t even explain: “You can’t force the hygge. It’s coming. It’s coming if you’ll be yourself. Don’t force it — that’s stressful, not hygge. Don’t stress the people you love out; that’s not hygge.” 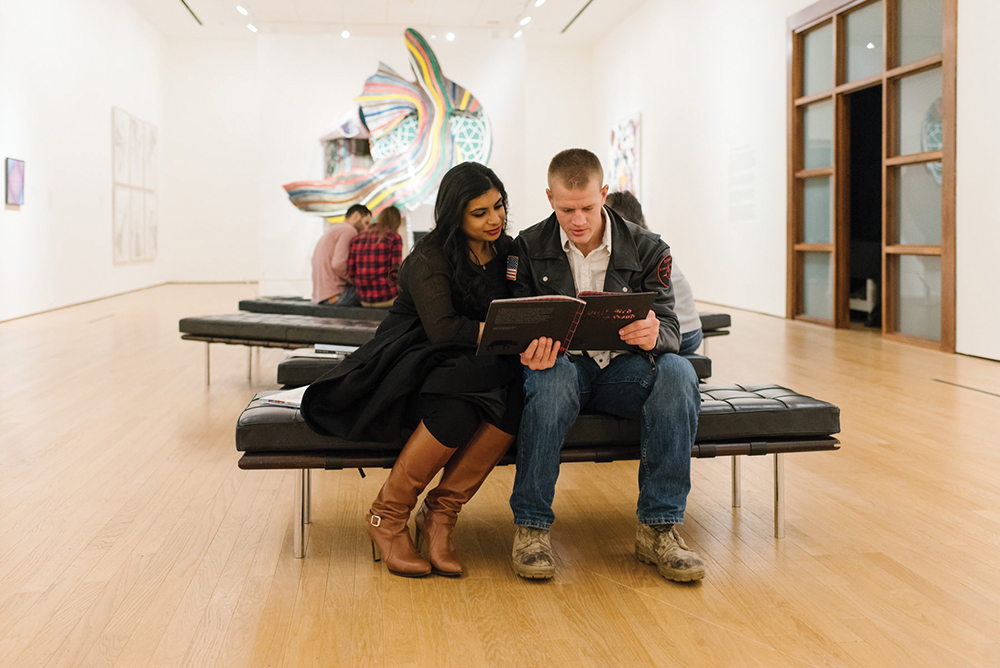 While it’s not a design style by definition, hygge at its heart is about atmosphere and connection, and those are absolutely attainable through a few home decorating principles.

Foundational to any home’s happiness factor is its owner’s satisfaction level. Don’t look at hygge-focused magazine layouts and think, “Wow, I guess I need more candles,” if you hate candles. If you love coastal, or contemporary furnishings, use them. Just make sure that comfort is a guiding tenet. This may be difficult for those who are predisposed to opulence in their decorating, but it’s an important concept and should be thought of as a hygge filter. As Coco Chanel said, “Luxury must be comfortable, otherwise it is not luxury.”

Hygge is something that can be felt alone, of course, but the warm fuzzies that Danes often describe are best experienced in the company of others. While it can happen at work, or in a coffee shop or wine bar, you probably want a home where hygge happens regularly. If so, it needs to be a place where guests can truly relax; some consideration about your entertaining setup could make a big difference. Is there enough seating? Surfaces for placing plates and glasses, so that eating and drinking can be relaxed? Even if you can’t remodel, or budget for extra flatware, the one thing that makes all the difference (and is most hygge-friendly) is a welcoming attitude. Telling people you’re happy they’re there may seem trite, but everyone likes knowing that they’re not just a social obligation. Expressing feelings of appreciation complements every decorative scheme.

While making your home comfortable for guests as individuals is important, making sure that interaction is easy is also a good way to up your hygge factor. Some examples of quick ways to do this are rearranging seating so that conversation is easily possible, or making sure a food and drink station has good flow. If space precludes a large dining table, consider two or three smaller ones. Breaking up large spaces into smaller zones creates a cozy feel, and has functionality beyond making parties more bearable; families that have segmented areas in common dens or living rooms can experience togetherness while still allowing individuals (read: teens) to have significant space to themselves. 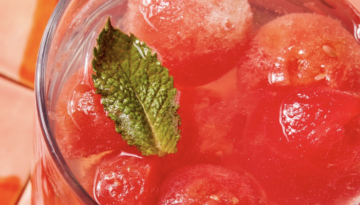 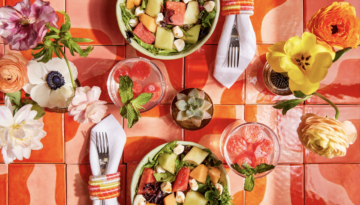 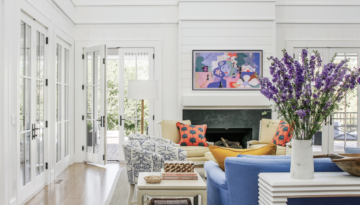 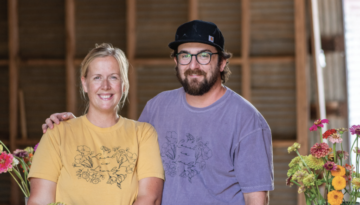