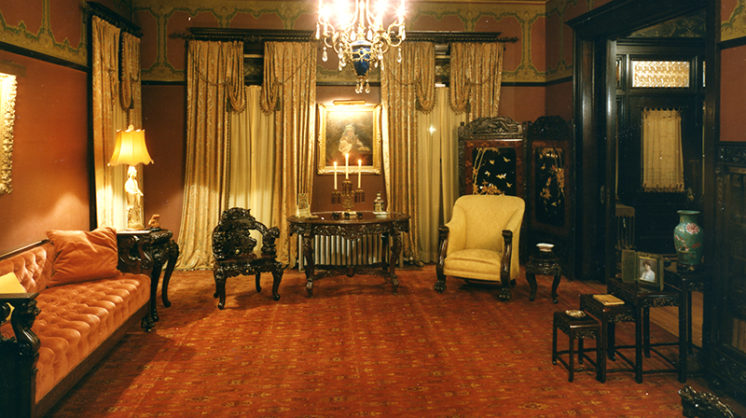 An evening of ghost-hunting tours will be held at Oklahoma’s first mansion and former home to a man known as the “father of Oklahoma City."

Visitors can explore the many rooms in the Overholser Mansion at 405 NW 15th alongside members of the Oklahoma Paranormal Association on Saturday, Oct. 28. According to the association, a number of incidents of paranormal activity have been detected over the years.

Equipment to detect energy, temperature and inaudible sounds will be used in a series of tours also designed to highlight a house that has stood the test of time – and which to this day is 95 percent original, according to the mansion’s curator Lisa Escalon.

Home to businessman, commissioner and city developer Henry Overholser for 15 years, and his prominent socialite wife Anna until she passed the house to her daughter in 1937, the grand residence remains decorated in the high style of its day, adorned with Brussels lace curtains, English carpets and French stained-glass windows.

“Henry Overholser was one of the founders of the Oklahoma State Fair; he was responsible for the city’s first hotel, opera house and theater, which remained standing until the ‘80s. Unfortunately, out of all his buildings, this mansion is the only one that remains,” Escalon adds.

Escalon said ghost hunting tours would take visitors to areas of the house where the most paranormal activity had been detected, such as the carriage house and the library, where mansion staff had reported the smell of tobacco smoke and experienced unusually cold temperatures.

An evening of Scary Tales will be held at the mansion this evening. For more information and tickets on this event and Saturday’s tours, click here.