Giving Thanks for Pinot - 405 Magazine 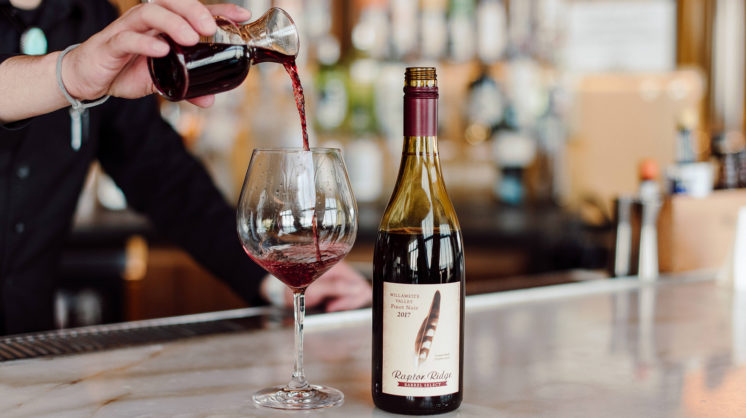 Pinot at a Thanksgiving dinner is such a commonly suggested pairing that it’s fair to wonder how it became so common.

“Pinot and poultry, not just turkey, work beautifully together,” says Amie Hendrickson, an Oklahoma City certified sommelier who went to work for TEXSOM (Texas Sommelier Conference) after many years at Vance Gregory’s Edmond Wine Shop. “That means it was probably inspired by Burgundy years ago. It’s been a thing as long as I’ve been in the business.”

The U.S. doesn’t really have a region comparable to France’s Burgundy, but Oregon likely comes closest. “It’s easy to overgeneralize about Oregon,” Hendrickson says. “In terms of character, it’s somewhere between California and Burgundy – lighter than California’s style and with more fruit than Burgundy. The truth is, with 730-plus wineries, you can get a lot of variations of that grape.”

Annie Shull, who owns Raptor Ridge Winery in Newberg, Oregon, along with her husband Scott, agrees. “We’re a house that pulls fruit from single vineyards in four of the seven main AVAs in one valley (Willamette Valley),” she says. “When you produce Pinot from all over the valley, you can really see how the different soil types and terroirs create different expressions of the same grape. It’s easier to see how the hand of different winemakers affects the Pinot.”

One generalization that seems to hold true is that Oregon does in fact produce Pinot with more fruit and less funk than Burgundy, while avoiding California’s bombastic styles that are the product both of warmer climates and winemaking techniques. What Oregon offers for Thanksgiving dinner, according to Shull, is “acid balance in a lighter style with good fruit that pairs well with different preparations of turkey, and because things like cranberries and rhubarb are on the table and in the flavors in the bottle, you get a nice pairing.” 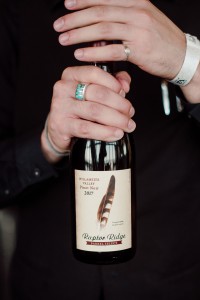 The other advantage to Pinot is that it’s red. “Some people want red wine no matter what it’s being served with,” Hendrickson says. That’s definitely true in Oklahoma, where we seem to have an abundance of red-only drinkers. And unlike varietals such as Cabernet or Syrah, it won’t overpower the turkey.

Oregon also has some of the strictest labeling laws in the business, which guarantees to some degree the product in the bottle. If the bottle says “Pinot Noir,” it has to be 90 percent Pinot at a minimum, and if it has one of Oregon’s famous AVAs – Chehalem Mountains, Dundee Hills, Eola-Amity, etc. – on the bottle, 95 percent of the grapes have to come from that region.

For classic Oregon Pinot, start with Raptor Ridge and Stoller Family Estate. Both have been longtime friends of the Oklahoma City market. Elk Cove, Bergstrom and Eyrie (another of Hendrickson’s favorites) are some of the quality, old-school names in the region. For a brawnier style, Archery Summit and Ken Wright are trusted names.

For newcomers to Oregon Pinot Noir (and it’s really pronounced “nwah,” unfortunately – blame the French), Hendrickson suggested Mouton Noir and Wine by Joe. “Oregon Pinot can often land in that tier between $30 and $50, so it’s not always affordable,” she says. “Those two are much more affordable, and they’re real Pinot.” So is Bow & Arrow Willamette Valley Pinot, which you can find around town for about $20.