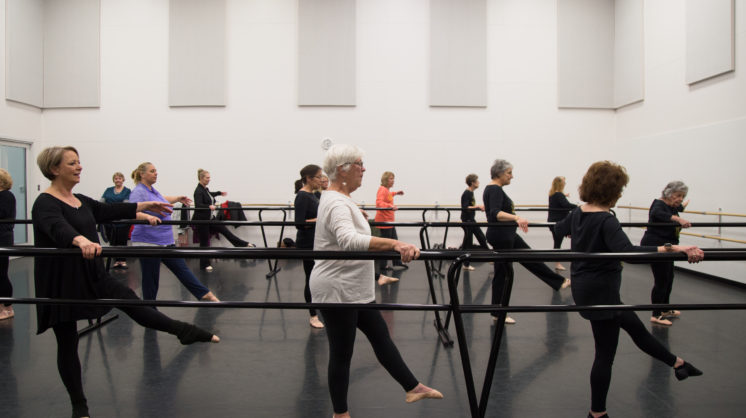 When “Swan Lake” premiered in the late 1800s, it was a complete flop. No one liked it, and criticisms ran rampant. The ballet’s costume designs were thought to be poor, the music unimpressive and the storyline too complicated. Its debut was almost its swan song.

Happily, however, after a number of artistic adjustments, this classic eventually became the world’s most popular and beloved ballet. Its allure has extended beyond enchanting audiences only, though, as the ballet has also inspired many to actually take up the practice;

try out a little leap, an arabesque or a turn or two like the swans do.

Dance classes for children, teens and middle-aged adults aren’t hard to find, but for those in their later years, learning options have tended to be few and far between. That is, until four years ago, when Oklahoma City Ballet launched an unusual program just for the mature dancer.

The Golden Swans features ballet classes specifically for those north of 50, and everyone for whom that demographic slipper fits is welcome, no matter their shape, size or level of previous experience – even if that’s none. Invitingly, participation requires no tutus, pointe shoes or ability to bend one’s body into the shape of a hairpin.

The founder of the program, Laura Ward, is a life-long dancer born and raised in Oklahoma. “Yes, I’m an Okie through and through,” the 71-year-old says. “I’m from Oklahoma City, a good place to be from. I’m proud of it.”

Ward’s been involved in ballet almost as long as she’s been walking. “I was three when I started,” she recalls. “Those were the days when your mama put you in the car and you go. You don’t know where you’re going, but you go. And that’s where I was going; to the 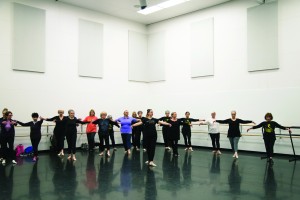 That destination turned out to be not only a place for physical accomplishment, but also a home away from home during a difficult time in Ward’s young life. “My father died when I was little,” she says. “Ballet became my lifesaver. It transported me. I could have all kinds of things going on in my life, and when I walked through that door to the school, something happened: Everything was OK. It elevated me, especially with the music. And we all became family.”

After years of studying the art at a number of different establishments throughout her childhood and young adult life, Ward turned to teaching just before she turned 30. Over the course of her career, she’s instructed “thousands of kids,” she says, “but also many other kinds of groups.”

One of which was the older set – and her experience with that age group is what ultimately led to the creation of the Golden Swans. As Ward tells the story, she’d had a position teaching a class for seniors at St. Luke’s United Methodist Church. When the program there ended in 2016, her students didn’t want to stop dancing … but now had nowhere to go.

Ward walked straight over to OKC Ballet. “I explained who I was and that I had this group of ‘bunheads’ who wanted to keep dancing,” she says. “Lynna Tallchief, who is currently the school’s administrator, and I started talking about possibilities. She asked if I would consider a class for seniors. This was right up my alley.” 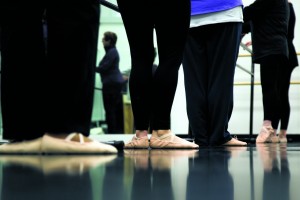 The Golden Swans launched that year with a handful of enthusiasts, including one who used a walker and had fairly severe arthritis. Ward was impressed that she came to the classes, and says that “after a couple of months, she decided to put the walker aside, and I held her hands as we did the steps. She can walk so elegantly now by herself. Major miracles like that have unfolded.”

Another of the original Swans, Nancy Brawner, still comes to several classes a week. She’s now 81, and as Ward shares, “loves the classical music [and] the challenge of the technique, and feels it’s important to keep moving.”

As does Ward’s mother, Louise Summers, who is 98 years old. “She enjoys the classes for many reasons, but some are that she has made friends there,” Ward says. “She’s happy she can accomplish movements she thought she couldn’t do anymore, and her balance has really improved.”

A Golden Swans hour begins at the barre, and halfway through moves to the center for non-supported floorwork including piques, pas des bourrees and elegant ports des bras. Key to the distinctive nature of the program, all steps stick to real-deal classical ballet vocabulary,

as opposed to being “ballet-based.” Movements are simplified to accommodate the limitations of age; for instance, plies, or knee bends, might be done only halfway down. “And nobody wears tights,” Ward adds, “just leggings or workout pants and t-shirts.”

While technical achievement is one element of dance, it’s hardly the whole point. Ballet, with its slow, sustained, gentle movements, leads to better flexibility, coordination and posture. It’s also brain-sharpening. “Time is taken to talk about the technique, so the students are learning things, their minds are working,” Ward says. “And I’ll tell you what, they are sponges.

“It’s becoming clear to me that one of the reasons we lose balance as we get older is that we’re not planning ahead in our movements,” she continues. “In ballet, you’re given the step and your brain needs to know where it goes. Your balance keeps up.”

There are currently four locations where Golden Swans classes are offered: those at Epworth Villa and OKC Ballet’s Susan E. Brackett Dance Center have no charge, while there is a small fee for attendance at the Healthy Living Center and the Pete White Wellness Center.

Stephanie Pitts, Oklahoma City Ballet’s Community Engagement Manager, noted that the program’s increasing popularity has led to plans for rolling out an expanded schedule. “We plan to have more free classes at the Brackett Center, and then also add a second level,” she says. “We’re always getting new people, so this would be a class for those who’ve been coming for a year or so and are ready to progress further.”

Ward encourages any later-life ballerinas-to-be who’d like to take the next step to “come on over to one of the classes and just sit and watch. It’s fine if you’ve never done any ballet in your life.”

In addition to being a graceful way to get fit after 50, classical dance practice also leads to rejuvenated social and emotional well-being. “The students say that learning ballet has kept

them reaching beyond the expectations they even had for themselves,” Ward says. “They are lifted up by the music and the camaraderie, and it transports them to a beautiful place that makes them happy. They all leave with smiles on their faces.”