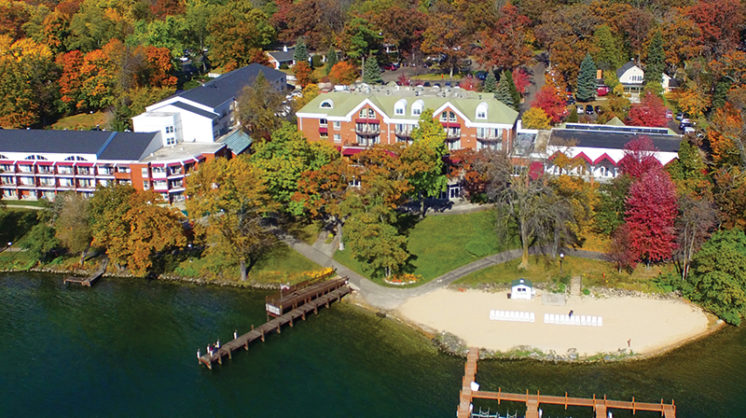 I raised my hand and swore the oath, ending with, “and when I hear the name ‘Hudson Bay Company,’ I will shout ‘Stinking English pig-dogs,’ and spit, ‘ptooey!’”

With that, my companions and I climbed into a 26-foot canoe and, led by French voyageurs in the employ of the North West Company (OK, they were re-enactors), were launched into the Fox River and began an exploration into the history of Wisconsin. Wisconsin’s waterways offered inroads as far back as the early 1600s. Today, the fur trade is gone, but water still calls visitors to the area. And it was Wisconsin’s deepest natural lake that called me to the central part of the state.

There are lots of fish in Green Lake, from monstrous muskellunge and lake trout to more manageable bass, perch and panfish. I was after walleye – one of the few fish I actually enjoy eating.

My two companions and I went out with North Bay Sport owner Joel Baranowski, a personable, knowledgeable guide who at first looked askance at three novice fisher-ladies.

Two-and-a-half hours had been scheduled on this trip for me to catch the wily walleye on which I’d set my sights. It was mid-June but chilly on the lake. We bundled up, shivering, as our boat sped to a likely spot. Joel baited our hooks, cast our lines out and handed us the poles.

Almost immediately I heard a squeal: “I’ve got something!” Joel patiently coached Barbara as she let out a bit of line, then began reeling in her catch. Joel scooped it up with the net, removed the hook and handed Barbara the fish, held by a gripper, for her close-up.

Next I felt a nibble. Joel talked me through the process and I brought up a big, beautiful smallmouth bass! We didn’t mess with weighing or measuring – just released the fish quickly so we could start all over again. The fun was contagious. We all caught fish – rock bass, smallmouth bass and even two species of catfish. Joel, though he actually did 90 percent of the work, seemed to get a kick out of our enthusiasm. Am I a real fisherwoman? No. But I had a great day … and so did the all the walleyes who got away!

Working up an Appetite

Wisconsin cuisine is so much more than cheese – although I did have the requisite fried cheese curds at one meal. There are creative cooks everywhere, and even small towns can produce gustatory greatness, including a pairing lunch at Vines and Rushes Winery in Ripon that was one extremely special treat. Patrick Isajiw, executive chef at Ripon’s The Treasury restaurant, prepared a Mexican street corn and sunflower sprout salad with roasted asparagus, cherry tomatoes, poblano pepper and black garlic aioli. The sous vide tenderloin could be cut with a fork, and rested on a bed of polenta made with Wisconsin MontAmore cheese. He finished our meal with a lemon buttermilk tart topped with compote of strawberries picked the night before. As much as is possible, his ingredients are sourced locally.

The wines, made with grapes suited to the Wisconsin climate, held their own with each course. You’ll have to sample them in Wisconsin – Oklahoma is one of few states where they don’t ship – and enjoy Chef Patrick’s outstanding cuisine at The Treasury.

A more down-home menu was offered at rustic Mecan River Outfitters & Lodge in Princeton. The owners, the Harvey family, organize all sorts of outings such as canoeing, kayaking, hunting, skiing and sleigh rides. And they have an excellent restaurant. Their shortcake with fresh-picked strawberries was heaven (alas, not in season now), but the apple pie with a scoop of ice cream runs a close second. 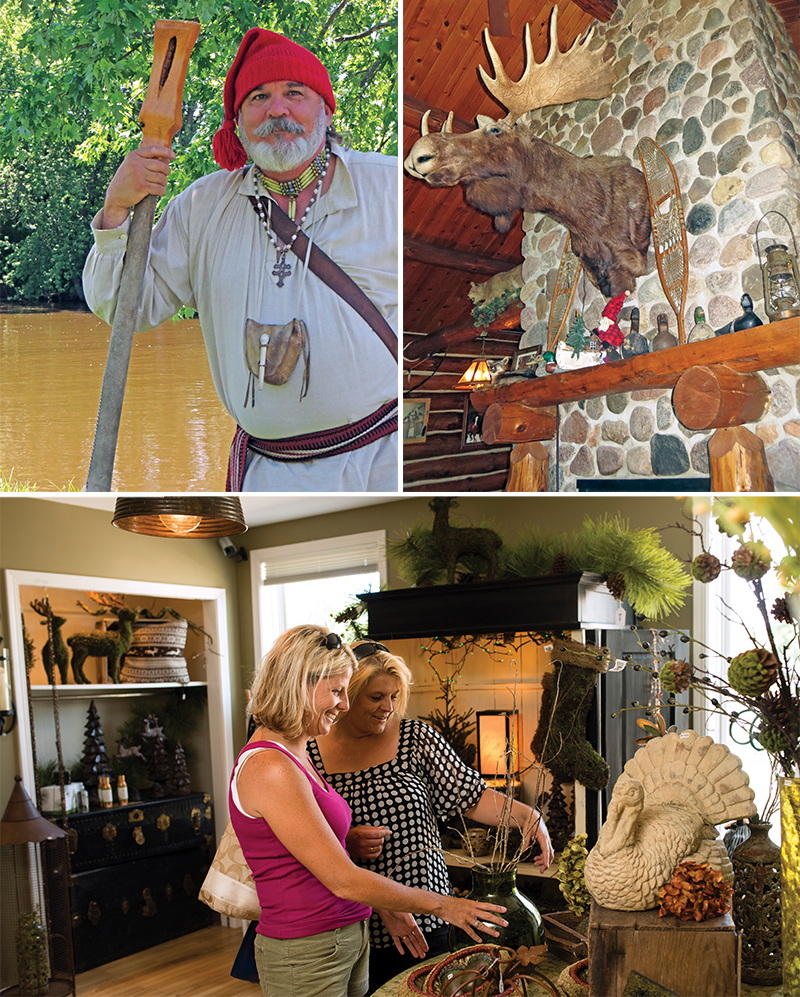 I loved everything I did on this trip, but I wish I’d had more time to explore at Heidel House Resort and Spa. My balcony view of the lake was beautiful – but no time to sit and contemplate! Lucky the guests who actually vacation there. In addition to entertainment, sight-seeing cruises, tennis, golf and swimming, the spa is exceptional – beautiful facilities overlooking Tuscumbia, Wisconsin’s oldest golf course. It even includes a labyrinth for relaxation and meditation.

The resort’s fine dining restaurant, Grey Rock, has a long and fascinating history. The original land grant was given in 1845. In 1899, Edward Morris (Chicago meat-packing magnate) and his wife, Helen Swift (another giant industry name!), built a permanent summer home there. Today’s diners enjoy many of the original features, and while the buildings may be historic, the cuisine is up to contemporary gourmet standards.

In addition to lake activities, landlubbers luck out, too. Golf courses nearby include Tuscumbia and Mascoutin. Bird watchers and nature lovers will find great places for walks. The Caestecker Public Library in Green Lake checks out more than just books; visitors can borrow birding and fishing equipment, telescopes, bike maps and more.

Shoppers will find interesting shops in Green Lake, Berlin, Ripon and Princeton. I can’t testify to all they have to offer, but my favorite has to be Princeton. It’s hard to resist Teak and Soxy there – home décor, gifts and whimsy in a space that has been in Matt Trotter’s family for four generations. His great-grandparents invented Muk-Luks, the leather-bottomed socks that my brother and I swore by when it was too cold to go barefoot!

You’ll hear lots of cool stories like Matt’s. Folks love this area and tend to stay. You’ll love it too.