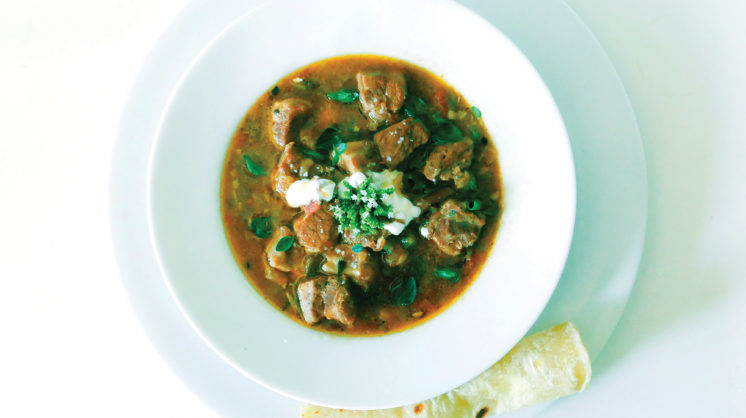 Every year when Hatch green chile season rolls around, Oklahomans are reminded that many dishes – including macaroni and cheese – are made better by these spicy wonders from New Mexico’s Hatch Valley. But the tradition of cooking with green chiles is deeply embedded in the cultures of Mexico and New Mexico; Hatch is only one of several varieties that can be used to make chile verde or guiso verde.

The difference is primarily in usage. Guiso verde is a stew traditionally made with braised pork, peppers and tomatillos, but the same ingredients combine with tortillas to make chile verde tacos – or, in the case of Taqueria Rafita’s, with potatoes and a huge tortilla to make a chili verde burrito.

Rafita’s has been on N. Pennsylvania Ave., for seven years, and the family had a food truck nearby for three years before leasing the current space (1222 N Penn). The trick to the menu is that chile verde tacos aren’t available, but the platter comes with fresh tortillas, which means you get five or six tacos just by building your own. Theirs is one of the very best in town, but it does run spicy. 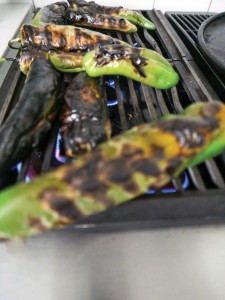 Stockyards City is home to Los Comales (1504 S Agnew), another family-owned taqueria with stellar chile verde. The heat is less pronounced, but not the flavor, and the tacos are stuffed with savory pork and tangy, spicy green sauce. Unlike the street tacos around town, these are similar in portion size to what you get in a Tex-Mex spot.

There are two ways to fully enjoy Birrieria Diaz (6700 NW 39th Expressway), and both involve going with a party of four or more. First, get the lamb birria, a dish made with spicy ground lamb that’s traditional in northern Mexico. The second involves getting the birria and guiso verde so everyone at the table can have birria and tacos. Diaz’s guiso verde recipe is on the mild side, so it serves as a good introduction to the dish – and of course, fresh tortillas come with every order.

Mexican food, like American food, has big differences from region to region. A tour of taquerias down SW 29 Street or SW 44 Street can make those differences apparent. Taqueria Cardenas SLP (1233 SW 29th) serves traditional Oaxacan food, including mulitas – think of it as a small, crispy quesadilla made with corn tortillas. They come three to an order at Cardenas, and while the chile verde is the subject here, you’d make a mistake not ordering two green and one red, or vice versa. Their chile verde leans heavily on tomatillos, so it’s very mild. The hot sauces on the table will help if you want more heat.

We asked Chris Castro for his guiso verde recipe (pictured), which you can find on the 405 Magazine website. It’s a relatively easy dish to make at home, and given its flexibility, a pot of it means tacos, burritos, tortas and even bowls of stew.