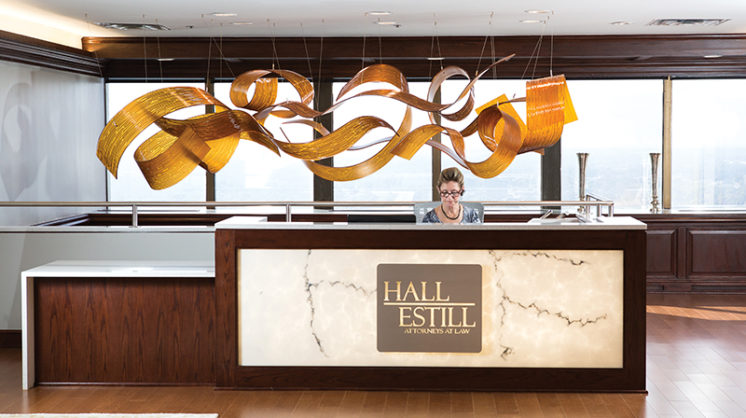 As John Odgers stepped off the Chase Tower elevator and into the Hall Estill law firm lobby in September, his face lit up.

“Humbled and flattered,” Odgers says of himself when he first saw three of his paintings hanging on the lobby walls after a recent eight-month renovation.

Up and down the full-service business law firm’s halls, the story was much the same. Oklahoma artists and contractors had left their stamp on a renovation that was fiercely Oklahoman by design.

“When we did [the 30th floor] we really wanted to focus on our position in downtown OKC,” Hall Estill shareholder Larry Ball says. “We’ve been downtown since this office was opened. We’ve lived through the renaissance of downtown, and it’s something we’re really proud of and proud to be a part of.

“We wanted to honor that.”

Architect James Kerr, vice president of construction services at Edmond’s Kerr 3 Design Group, handled the project that required demolition of 70 percent of the 30th floor and the construction of 10,000 square feet of new office space. Everything had to go either up or down the freight elevator, and some work was done at night to accommodate other building tenants. 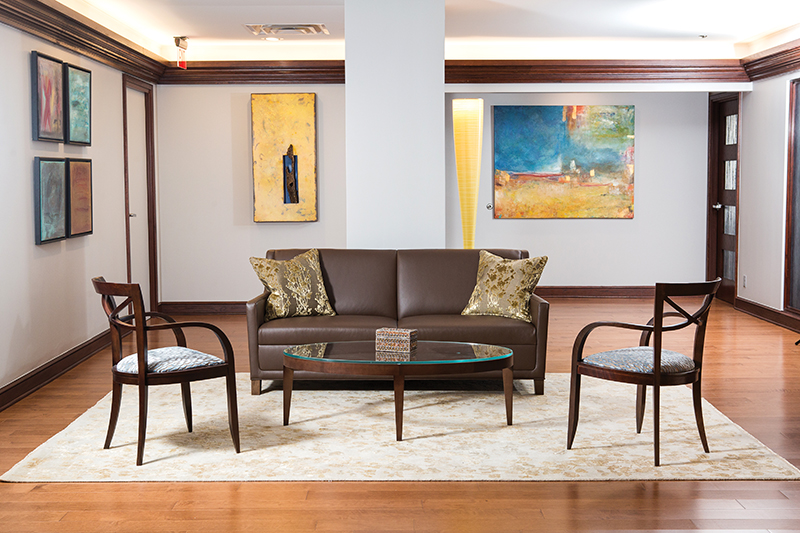 Oklahoma City designer Vicki VanStavern was asked to channel her 30-plus years of experience into a project that demanded a not-your-father’s law firm feel with an Oklahoma appeal.

When Ball picked up a piece of local artwork for Hall Estill at the Oklahoma City Festival of the Arts years ago, he began the first of the firm’s many investments into the Oklahoma art scene.

Ball said the renovation was the first significant overhaul in more than 15 years. Growing pains had shrunk the available lobby space, which was also beginning to look dated.

An expansion to the 30th floor a couple of years prior had helped, but it was clear someone needed to come in with a unifying, updated concept to tie all three floors occupied by Hall Estill together.And while VanStavern was asked to turn up the Oklahoma appeal, Ball said shareholders also agreed to tone down the buttoned-up law firm feel.

Ball conceded due to the often contentious nature of legal work, more often than not people arriving at the firm aren’t in the best mood. Depositions are given, mediations and settlement talks are ongoing and nerves can be on edge. A stuffy, intimidating atmosphere does not help.

Oklahoma metal artist Dan Garrett created and installed a pair of pieces for the project. “I really enjoyed the space,” Garrett says. “I think it’s great for companies to invest in local artists and artisans. I felt welcomed and involved during my part of the project.

“OKC has a tremendous amount of talent that is underutilized, in my opinion.” 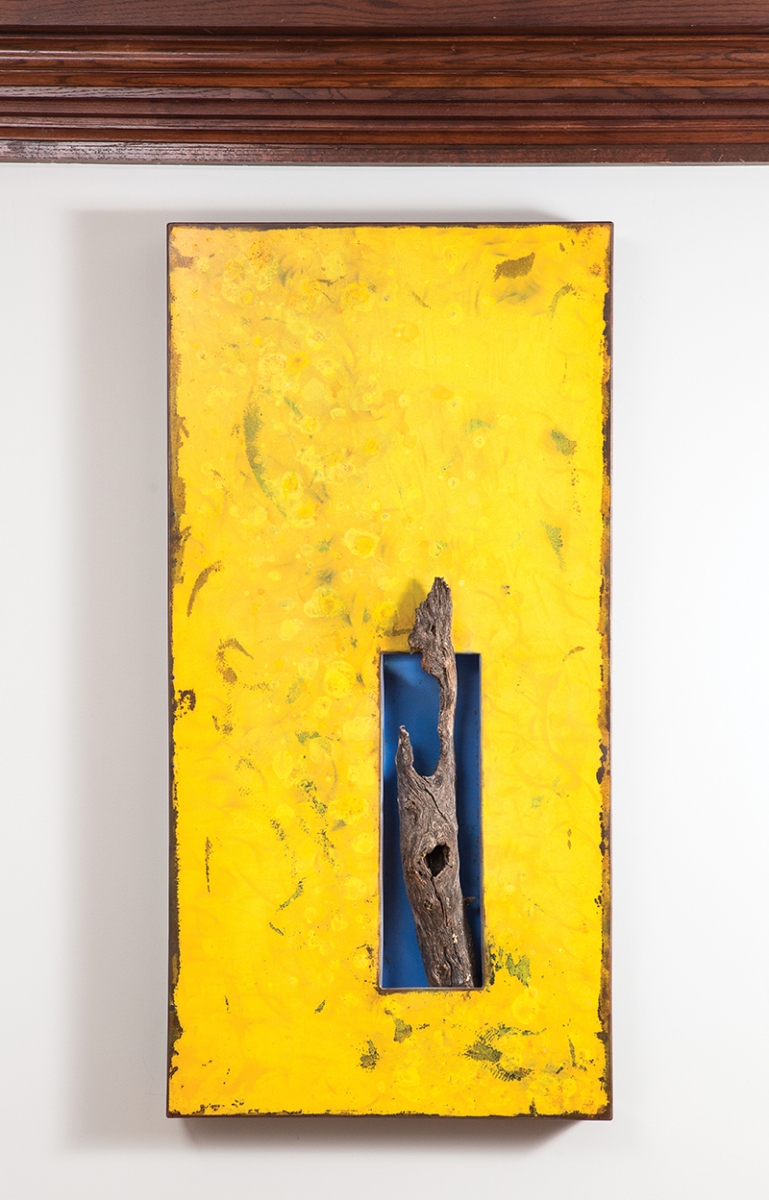 In late September, Hall Estill invited community members and clients to an open house. The reviews were resounding.

“It’s not what one would typically think of when you go to a law firm, especially of their stature and size,” Odgers says.

In addition to Odgers and Garrett, work by photographers Carl Shortt and Don Risi is also featured. The firm took the opportunity to update privacy and security, sealing offices behind a layer of key fob access. Visitors stepping off the elevators have access to the lobby, conference rooms and restrooms only.

Next year, Hall Estill turns 50, but Ball said the firm no longer looks its age.

“We’re a regional law firm but we practice all over the country,” Ball says of the 140-member firm. “We’re very proud of where we come from. This gave us a chance to both honor that heritage and make sure the dollars stay here.”