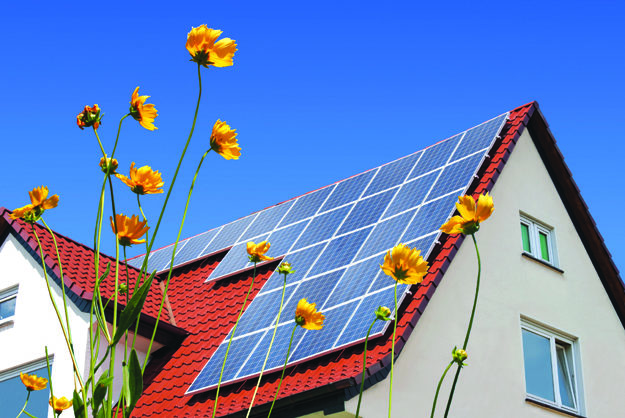 With my smart meter reports – which let me identify and reduce my home’s highest power demands – plus a new geothermal system and better insulation, my energy bills are low. But once we start heading in this energy-saving direction and see the results, more ideas occur to us. I’ve been watching market developments in solar power and thinking about when to add solar hot water and photovoltaic energy to my home’s mix. Solar hot water is easy and the technology isn’t changing, but photovoltaic systems are still developing, both in technology and applications, including new methods of rendering this intermittent power source more continuous.

The trick is to store the electricity efficiently, which is quite a challenge. While fuel cell technology continues to develop, utilizing new methods to generate electricity directly from fuels (like the “Bloom Box”), storing large amounts of electricity that has already been generated has been the focus of much research for many years. This arena, called “bulk energy storage,” has focused in part on newer battery technology.

Batteries generate electricity from a chemical reaction. Primary batteries, the simple single-use alkaline batteries we use most often, cannot be recharged and have to be discarded after they are drained. Secondary batteries can be recharged, and are called storage batteries. The rechargeable lead-acid battery we use in cars today was actually invented by Gaston Planté in 1859. But in 1996, research at the University of Texas developed lithium phosphate battery technology, which has been commercialized and improved over the years, even with nanotechnology innovations. In February 2012, researchers reported an even newer battery technology using lithium iron phosphate, specifically studied to possibly replace the lead acid batteries currently used in most photovoltaic systems, and finding the new variety to be significantly more efficient, lighter and longer lasting. So, how would we use better batteries to store solar power during the day and use the power at night?

The Sacramento, California Municipal Utility District has undertaken a DOE-funded project to evaluate ways to better use intermittent solar power. The district is testing a combination of solar panels, smart meters and solar electricity storage batteries in the home and the community to see whether the combination can distribute and balance solar power generation and demand, rendering this intermittent power source more continuous. For this project, PowerHub Systems is providing Residential Energy Storage (which provides 10 kilowatts of power and 8.8 kilowatt hours of energy and serves a single home) and Community Energy Storage units (providing 30kW of power and 30kWH of energy to serve 9 to 12 homes). Both units use lithium ion batteries, manufactured with lithium iron phosphate. The systems provide energy storage capacity that serves as a reservoir for intermittent solar energy sources (and works with wind, too), which regulates power continuity and quality and also serves as a back-up power source during outages.

There are lots of new ideas for more efficient approaches to meeting our power demands, many building on improvements like smart meters that we’ve already begun implementing. Some will work better than others, but I’ll definitely be watching the Sacramento project to see how it turns out!

To learn more about battery technology, go to batteryuniversity.com.
To read about lithium iron phosphate battery research, visit sciencedaily.com and search for “lithium battery.”
Read more about storing solar energy for residential use at www1.eere.energy.gov/solar/pdfs/highpenforum1-14_rawson_smud.pdf.
To check out PowerHub Systems, see pwrhub.com/solutions.