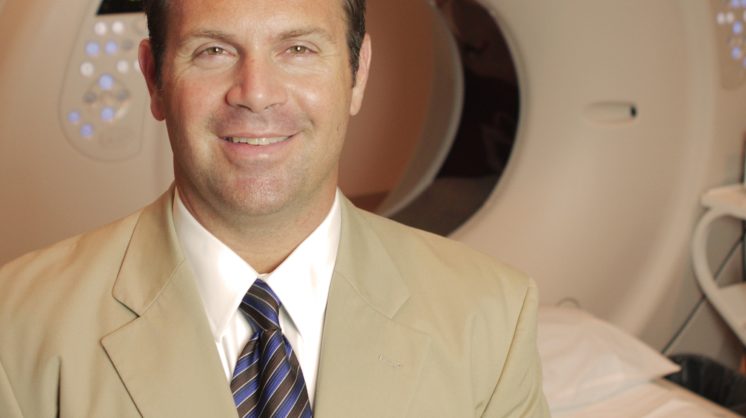 Living in Oklahoma should not be bad for anyone’s health, but the statistics say otherwise. According to Centers for Disease Control and Prevention, heart disease is not only the leading cause of death in the state, but Oklahoma ranks No. 1 for heart disease among all 50 U.S. states.

If that number does not make Sooners crush out their cigarettes and head straight to the nearest salad bar, CDC reports that cancer is the No. 2 cause of death in Oklahoma. This is not how Oklahoma wants to be, in the words of Gov. Kevin Stitt, a “Top 10 state,” but here we are.

While preventative measures in the form of exercise and diet can make a difference, Oklahoma City hospitals are stepping up their game in the form of new detections and treatments in both heart health and cancer treatment. And these procedures are not just on the horizon — they are available for heart and cancer patients now.

For nearly a century, physicians have employed angiograms as a key method for detecting heart disease. The current procedure involves injecting a radioactive dye into the femoral artery and then studying the heart using x-ray technology to determine whether there is blockage or abnormal blood flow to and from the heart. But new technology in the form of fractional flow reserve derived from CT or FFRct, is helping cardiologists develop a fuller picture of heart health through three-dimensional computer renderings of patients’ hearts.

While early detection measures traditionally involve a stress test, which usually requires patients to walk and run on a treadmill while undergoing an electrocardiogram, FFRct bypasses the stress test and allows cardiologists to reach more accurate conclusions.

“It eliminates a lot of testing,” Chrysant said. “For example, if someone comes into the emergency room with chest pain, if they go the nuclear stress test route, 20 percent of the time or more, that stress test would be interpreted as abnormal. Then those people would undergo an invasive coronary angiogram only to find out that they don’t have anything to worry about and their coronary arteries are actually open. It (FFRct) is just going to provide better analysis with just one test.”

Conversely, traditional stress tests are more likely to come up with an inconclusive diagnosis, even for patients who have blockages, he said. So if a cardiac abnormality is determined, there are new procedures for correcting heart issues such as transcatheter aortic valve replacement, or TAVR, MitraClip and Watchman.

TAVR is a minimally invasive procedure that, until recently, was used only for replacing a defective aortic valve in patients who are at high risk for undergoing traditional open heart surgery. With TAVR, cardiologists can implant a self-expanding artificial valve by accessing the heart through the femoral artery, and recently the procedure has been approved for patients with low or intermediate risk.

“It’s more like having a catheterization than a surgery,” Chrysant said. “So now, if you have a narrowing of the aortic valve, you can have a conversation with your doctor about not having open heart surgery.

For patients dealing with mitral regurgitation, in which the mitral valve does not close properly during blood outflow from the heart, a single suture can be used to treat the abnormality. MitraClip is literally a tiny clip that can be inserted through the femoral artery and closes the leak, Chrysant said. By avoiding open heart surgery, cardiologists using MitraClip can reduce hospital stays by half and deaths by nearly 40 percent.

Patients experiencing atrial fibrillation run the risk of blood clots forming in the left atrial appendage, which are then released into the bloodstream and can cause strokes. However, a new implant was approved four years ago called Watchman.

“It’s a device that basically stuffs the appendage,” Chrysant said. “So, you put this device inside the appendage.”

Watchman implants itself and within 30 to 45 days, tissue grows around the Watchman, making the release of blood clots into the bloodstream almost nonexistent. Chrysant said the Watchman is especially effective for patients who cannot take blood thinners.

“So, those people were, for the most part, left with taking an aspirin and hoping for the best,” he said. “These devices are now available to help minimize strokes.”

All of these measures are being employed at Integris Heart Hospital to minimize the risks associated with opening up the body cavity, and as a whole, the procedures result in less time hospitalized and faster recovery.

“If you have open heart surgery, you’re going to be in the hospital five to seven days, and then you’re going to undergo rehab somewhere and miss work for at least two weeks until your sternum gets cleared,” Chrysant said. “With one of these catheter procedures, a lot of people go home the next afternoon.”

In Oklahoma, where summers are brutal and a large number of people work and play outdoors, incidence of skin cancer is unusually high. At Mercy Cancer Center – Coletta, radiation oncologist Dr. David Olek has introduced a new procedure that replaces the use of electron beams in skin cancer treatment.

To better pinpoint and reduce the number of treatments of affected areas, Olek employs the use of radioactive pellets that move through catheters. This groundbreaking procedure has proved over the course of treating 273 lesions on 172 patients to have greater efficacy while requiring less time in the hospital.

“What it will do is spend time in each position in the catheter to treat the skin,” Olek said. “The advantage of that is, instead of doing (the treatment) in 22 to 30 treatments, I do it in 8.”

This process, called brachytherapy, treats .5 to 1 centimeter of area. The only area where Olek will not treat the immediate area surrounding the eye using brachytherapy, because the use of the pellets is known to generate or exacerbate cataracts. Use of brachytherapy also results in greater acceleration of healing and recovery, with most lesions disappearing after about two weeks.

Catheters used in brachytherapy, deliver radioactive pellets through
catheters to better pinpoint and reduce the number of treatments.

Similar brachytherapy is being used at Coletta for treatment of breast cancer, decreasing the need for mastectomy in many patients. In the breast cancer treatment, a catheter is inserted from the side of the breast into the lumpectomy cavity, minimizing scarring.

At any time, two to five patients might be undergoing the treatment at Coletta’s breast cancer treatment facility, and only one in 100 patients are not cleared for it.

“What happens is, you go to the O.R. and it is placed in the cavity and inflated,” Orek said. “It is usually done on a Wednesday. On Thursday, you come to us for a prep scan to make your treatment plan, and on Monday you start your treatment. Instead of getting 16 to 20 treatments, you get 10 done over the course of one week.”

After the 10th treatment, the catheter is removed and the cavity sealed. Two weeks later, the patient returns for a checkup. If treatment is successful, then no further visits are required. With fewer trips to the hospital required for treatment, Olek said the brachytherapy is an excellent option for patients living in Oklahoma’s rural areas.

“So, there are a lot of cool things coming up,” Olek said. “We’re trying to treat more effectively and aggressively, because now we know we can get a good cure rate. But can we push this with our technology to treat smaller fields and treat more aggressively so our cure rate goes up?”