Helping a Pet Sanctuary at the See Spot Run - 405 Magazine 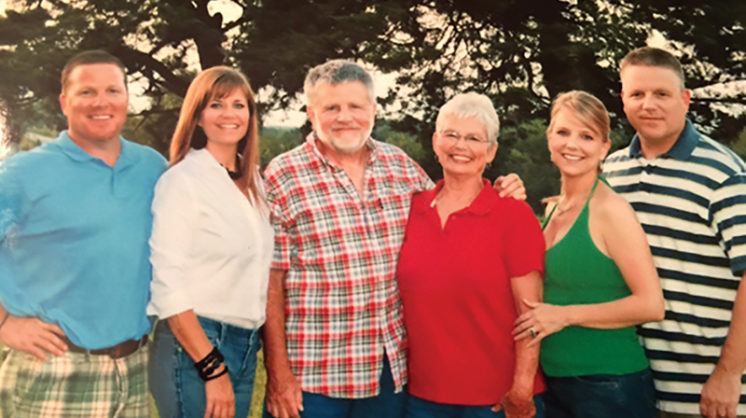 They Were About As Tightknit As A Bunch Of Siblings Could Get. The Cowden kids grew up in Guthrie, and even as adults they remained close.

Matt was the oldest, followed by his brother Chris, and then the girls in the family, Teri and Suzanne.

“Chris was definitely the leader of the pack,” Matt said. “We did everything together. He was more than just my brother, he was my best buddy.”

Chris Cowden was only 43 when he died in a motorcycle accident in May, 2008. That’s when the siblings all pulled together and knew they must do something to work through their grief.

“We lost our leader,” said Matt. “When that happens you sort of have to re-group and figure out what to do and where to go.”

“In the weeks following the accident, we spent a lot of time together taking care of each other and grieving,” said Suzanne. “One night Matt and Teri and I came up with the idea to create a run, which was an activity Chris loved, and have it benefit an organization that was dear to his heart. That is why we chose Free to Live.”

From that, the “See Spot Run” was born. Chris had always been an avid jogger, taking to the streets of downtown Guthrie. Quite often he would come across a stray dog or cat and bring it home. If he couldn’t find a family to adopt the animal, he would keep it himself.

“Chris would be out in the middle of nowhere and he would see a stray animal,” said Teri. “He couldn’t stand to see it suffer, so he would bring it home. People who didn’t necessarily want a new pet would often find themselves with a new cat or dog. He was very persuasive.”

This year marks the 7th annual “See Spot Run,” being held on Saturday, May 16 in downtown Guthrie. The 5K, 10K and Kid’s Fun Run will start at 6 p.m., and follows the actual route Chris used to jog.

“We changed the time this year to an evening run,” said Suzanne. “One of my favorite races that Chris and I participated in years ago was in Tulsa called the ‘Full Moon Run.’ There was a big party at the end and we had the best time. That is the model we are changing to this year in Guthrie. I think Chris would love it!”

The race has received more attention each year and has collectively welcomed more than 3,000 runners from across Oklahoma. They have also raised more than $40,000 for the Free to Live Animal Sanctuary.

“I think Chris would love the twist we are putting on the run this year,” Suzanne said. “He loved a great fun run and he loved a great party! He would hate the attention directed at him but I think he would be very proud of the hard work we do to support such a great cause. His presence is always felt. He definitely is the spirit of this event.”