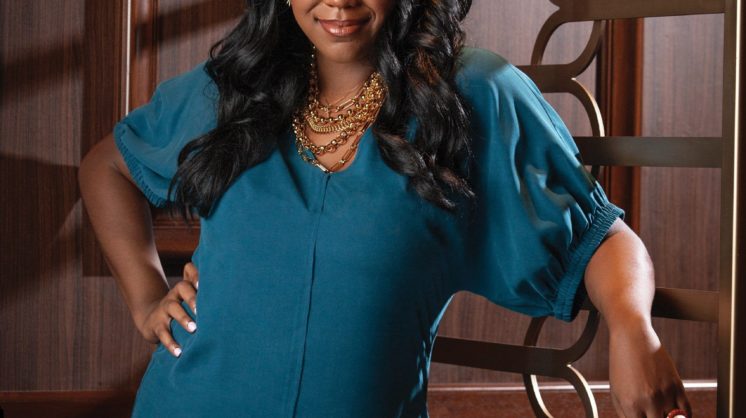 “From a little girl, Ashley has always been very confident in herself; always the leader and not the follower.  She stumbled upon her passion and never looked back. Even when things got challenging, she stayed the course. It is that passion and her giving spirit that has motivated her to pursue her dreams. In doing so, she has inspired countless others, including her peers, with her life story of perseverance, challenge, and achievement.”

Her journey started unexpectedly. At the time, Ashley Basnight was a software engineer at Boeing, and she wanted a new dining room table. When she could not find what she wanted at an affordable price, she built it herself. Never in a million years did she expect her experiment in woodworking to turn into a DIY empire.

She began documenting her do-it-yourself projects online and quickly garnered attention. Since that time, she has amassed a following several hundred thousand strong. Her primary demographic is women who, like her, had not seen the potential in themselves to build what they want with their own hands. On her Instagram account @smashingdiy and her blog, Handmade Haven, she partners with some of the biggest brands in the world, including Home Depot and Walmart.

In 2019, Basnight was scouted and subsequently cast as a contestant on Nick Offerman and Amy Poehler’s “Making It.” The reality competition television series airs on NBC and features the best makers from around the country as they take on a series of handmade projects they must complete in their own unique ways.

One of the most empowering parts of Basnight’s do-it-yourself home building projects? Not a man in sight. Not even another person usually. She busts out her own power tools in front of a custom-designed art mural in her OKC garage and gets to work. Basnight builds furniture, designs homes, installs floating decks, customizes closets, lays brick and more—all while looking adorably fashionable. She has an undeniable star quality, yet still manages to be kind and approachable with an easy laugh.

In her world, no project is left behind. “Honestly, I think what holds a lot of women back from trying building is the fear of failure,” she said. “So when I mess up, I document it. I try again and glamorize it. It’s a part of the process! I wouldn’t be where I am today without the mess-ups. My greatest creative projects have been when I thought what was going to work out didn’t—but I love this more. The results are better than what I originally imagined. I don’t see them as hiccups, I see them as opportunities.”

Basnight uses her platform to highlight social justice issues, primarily helping survivors of human trafficking. She spent time in Cambodia ministering to victims. She said the feeling of purpose she experienced during that time is the same feeling she has while building something, and that’s how she knows it’s right.

What’s next for Ashley Basnight? Nothing seems out of reach. She would love to develop a line of women’s work overalls, and a home design brand at Target isn’t out of the question. For this fearless creative, the sky is the limit.