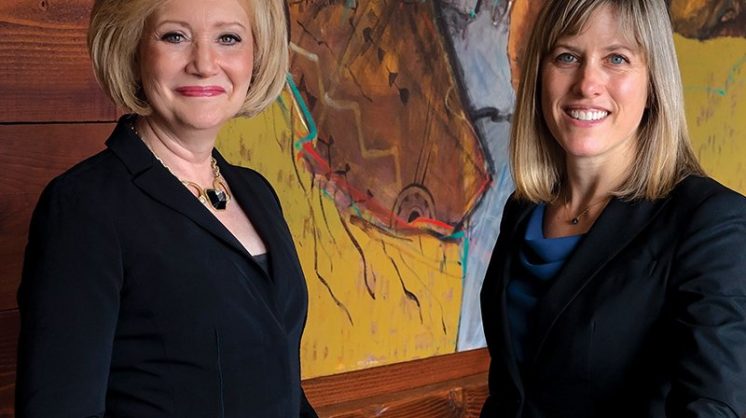 Back in 1976, a group of arts advocates and parents came together with a common goal: They wanted to give Oklahoma’s high school students an opportunity to study the arts in an intensive setting. That’s when the Oklahoma Arts Institute was formed.

Each year, 270 high school students from across the state come together for the Oklahoma Summer Arts Institute at Quartz Mountain. They are identified through a statewide competitive audition process, and attend in one of nine artistic disciplines: acting, ballet, chorus, creative writing, drawing and painting, film and video, modern dance, orchestra or photography.

Four decades after its inception, the OAI is celebrating with its inaugural Alumni Hall of Fame Induction and 40th Anniversary Celebration. The big event takes place Dec. 6 at OKC’s Skirvin Hilton.

“For 40 years, our main goal has been to identify Oklahoma’s most talented high school students, get them all in one place at one time and offer them the opportunity to study their art form on a collegiate level,” says OAI President and CEO Julie Cohen. “Every student who is accepted receives a scholarship paying for most or all of the cost. They spend their day studying in their specific discipline, and every evening all students attend lectures, performances and demonstrations in all disciplines. So in addition to honing their craft, they are exposed to a variety of art forms."

Their mission is not only to create future artists, Cohen said, but to instill an appreciation for the arts in hopes that students will support the arts in their own communities across the state and throughout the nation. Notable OSAI alums include actresses Megan Mullally and Milena Govich, as well as musician Kyle Dillingham.

But OAI is not just for high school students. A few years after its inception, organizers formed the Fall Arts Institute for adults. It’s a chance for educators, professional artists and amateur artists to gather at Quartz Mountain for four-day weekend workshops in the literary, visual and performing arts.

Through the years, OAI has grown from using tents for classroom spaces to building five pavilions and a state-of-the-art, 700-seat performing arts center. They are also in the midst of a comprehensive fundraising campaign.

“We hope to secure the future of the program by building our endowment and updating some of our classroom spaces,” Cohen explains. “It’s turned out the campaign came at a critical juncture, as our annual budget has been hit by the cuts in state funding to education.”

The 40th anniversary is also a chance to bring together some former students, and kick off the Alumni Hall of Fame. The inaugural honorees include harpist Yolanda Kondonassis, actor/director/writer/producer Tim Blake Nelson, conductor Timothy Long and fashion and celebrity photographer Troy Word.

“We have four decades of alumni who are now out in the world, many as working artists, and we decided it was high time we started telling their stories,” says Cohen. “So the OAI Alumni Hall of Fame was born. Our plan is to induct these first four honorees at our December event, and then we will continue adding alums as we move forward. In the future, that may happen when we are in residence at Quartz Mountain, so the students will get the benefit of working with these artists.”

The Hall of Fame and 40th Anniversary Celebration will be hosted by KFOR-TV news anchor Linda Cavanaugh, who is both OAI parent and alum.

Cavanaugh said that as a parent, she watched her daughter grow into an artist who loved photography. “It was an experience that continues to serve her well, even a decade later. And as a participant myself, I’ll always treasure the autumns I spent at the Institute. There’s a certain energy you feel just being there. It’s creative. It’s inspiring. It’s a gift you give yourself. The Oklahoma Arts Institute is truly one of our Oklahoma treasures. I love those folks.”

Tickets to the 40th Anniversary Celebration are available online at oaiquartz.org or by phone at 605.7500.