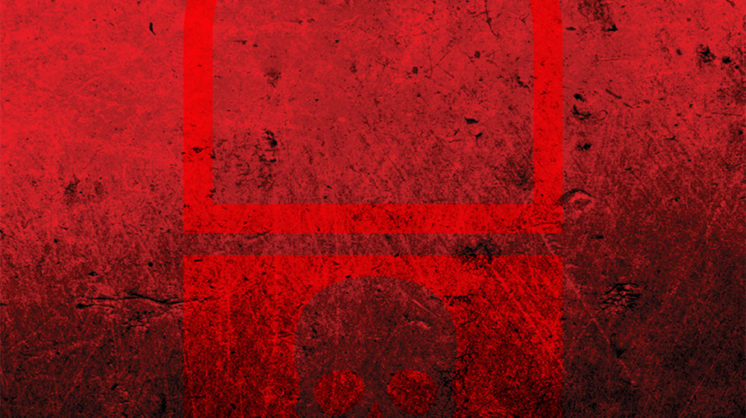 This story is going to be rough. Much like a sequence in a movie in which the camera opens on a shot of the Earth from space and then zooms in by stages to a lone man on the corner of an intersection, the nationwide discussion about opioid addiction needs to move from the number – 330,000 overdose fatalities and counting since 2011 – to the young woman, the individual human being, with a needle in her arm or a pill bottle on her nightstand.

Luke Cathey was 19 when he died on Feb. 27. His father, Dave Cathey, who is the food editor for The Oklahoman, not only endured a parent’s most horrific experience – he found his deceased son – he posted a tribute to Luke in that paper on March 1. Rather than avoid the difficult truths that the family has to navigate after a tragic death, Cathey went at it directly, writing, “Luke battled depression starting at 13 and was never completely free of it.”

Luke was not number 329, 997 to his family and friends. He was a young man who hoped to make a career of food – not quite like his father, but in kitchens as a chef. To those who knew him, he was kind and often sad, but quick to joke and daring to a fault. Cathey remembers that his son had a tendency toward being the one who would try things that others wouldn’t.

Cathey is talking about heroin there, a drug Luke said frightened him because of its potency. Like many people who struggle with depression, Luke started using early, and opiates seem to be the preference to combat depression. There is a euphoria attached, sure, but there is also a mind-numbing quality to the drugs that removes the cares of life; not in the “I can overcome them” way, but in that they simply don’t seem to register as long as the brain is numbed.

Heroin is also cheaper than prescription opiates, but that, too, is fraught with complexities. Fentanyl is a synthetic opiate, and it’s often used to cut heroin, which brings the price down but increases toxicity. When we spoke, Cathey said the family was still waiting for Luke’s toxicology report, but he said he had indications that the heroin Luke used was in fact cut with Fentanyl.

The current national obsession with opioid addiction has generated more news stories and segments than are possible to watch or read. John Oliver ran a special segment on “Last Week Tonight” in October of last year. NPR, ABC, CNN and all the other three- and four-letter networks have run special reports. The aggregate noise can have the unwanted effect of encouraging us not to pay attention, an effect made worse by over-reliance on numbers instead of names. People with names have stories attached, not so with numbers.

Public Radio International bothered to ask the obvious question at the close of 2016: “What’s fueling the epidemic?” There is no easy answer, it turns out, but excessive prescribing is helping to exacerbate the problem. The medical community is aware, and some doctors are taking steps to curtail the prescription of opiates post-surgery. 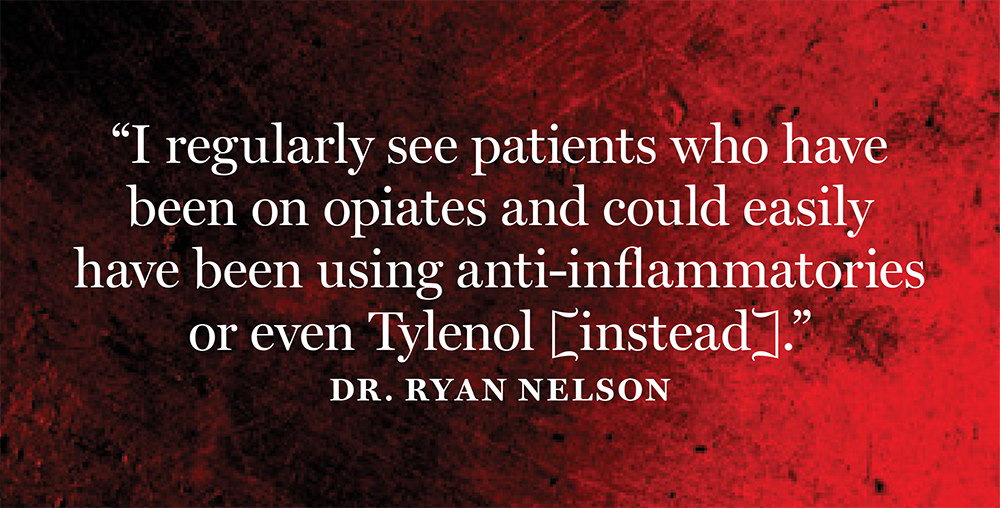 Dr. Ryan Nelson, an orthopedic surgeon in Oklahoma City, works at the HPI Community Hospital and is the founder of the Shoulder and Orthopedic Institute. Nelson is one of many surgeons nationwide who has started injecting Exparel, a non-opiate analgesic, into patients during surgery. Exparel is the brand name of bupivacaine, which Nelson said lodges in fat cells and then slowly seeps out – he used the word “elutes” – over a two to three day period, mitigating the need for post-surgical pain meds.

“Exparel continues to work after the nerve block expires,” Nelson says. “The block typically lasts about 18 hours. With the use of Exparel, we are seeing minimal or no morphine use post-surgery.”

Nelson said he has seen firsthand the cycle of opiate addiction, and because he works with shoulders and knees, including replacement surgeries, his patients range in age from very young to senior citizens.
“I was shocked to see patients in their 60s and 70s coming in addicted,” he says. “I regularly see patients who have been on opiates and could easily have been using anti-inflammatories or even Tylenol [instead].”

The cycle of addiction is famously difficult to treat. Heroin withdrawals can have a life-threatening intensity, so step-down measures are often warranted, including and especially methadone. When taken properly, the drug induces no high, but it feeds the receptors that have become accustomed to opiates. Methadone is ingested daily in doses of 60-100 mgs, and the program is ideally two years – one to recondition the receptors, and one to wean off the methadone. Oklahoma City is home to five public methadone clinics, and one associated with the VA hospital.

A daily commitment to a regimen of non-high-inducing drugs can be a task for any addict, therefore alternative treatments are being considered, as well. Brian Howard, a licensed drug and alcohol counselor, works at a methadone clinic in the metro, but he also runs One Life Treatment in Edmond, an alternative program for addicts.

Howard is a recovering addict himself, so he understands the cycle and the cost of sobriety. “Yeah, I got the free T-shirt, too,” he jokes. “The One Life program is a six-month outpatient program designed so that people can keep living their lives.”

One Life focuses on the whole person, not just the addiction. It combines individual and group counseling with spirituality, financial considerations, physical health and what Howard calls purpose and service. The idea is to get participants “out of themselves.”

“When you’re an addict, you enter into increasing isolation and separation from the important areas of your life,” Howard says. “The program helps them reconnect with all these areas, and it helps them avoid ‘the cliff.’”

The cliff is the drop-off that occurs at the end of a treatment cycle. After two years of methadone treatment, what’s next? The daily dosage, the meeting with the counselor, the consultations with the doctor or nurse all end … and the recovering addict is left to face life without the drugs and without the support network. One Life hopes to provide that network without the two-year methadone cycle.

The treatment, like the causes, is going to have to be multi-faceted, and that includes legislative remedies. Many Oklahomans were angered this year when legislators, including bill author Sen. Ralph Shortey – who, as of this writing, has resigned from the Senate and is facing criminal charges – overturned the results of State Questions 780 and 781, criminal justice reforms that passed with overwhelming multi-partisan support. The reforms included reclassifying some possession charges as misdemeanors instead of felonies, which is a point of agreement, it seems, among Oklahomans of all demographics.

“I have been talking to parents who have had similar struggles since Luke’s death,” Cathey says. “One of those stories involved a young man who overdosed among friends. Those friends were afraid to pick up a phone and call 911. They didn’t know what the criminal penalties would be. Can we at least make it possible for someone to call for help without the fear of jail?”

Related to that appeal, we contacted the Oklahoma City Police Department about increased arrests or cases related to heroin in the metro. Gary Knight, the assistant public information officer, wrote: “After visiting with the captain over our Special Projects Unit, it doesn’t appear that there is [any] spike or significant increase in the amount of heroin cases that we are seeing at this time. He said heroin use might be up a little bit, but again, no significant increase.”

Tragically, that may simply mean that people don’t call out of fear – or like Luke, that the overdose happens when they are alone. For now, Cathey said he and his family are going to focus on policy and legislation. It’s a way to remember Luke’s struggles, work for others caught in the cycles of depression and addiction, and in Cathey’s words, “be present for others.”