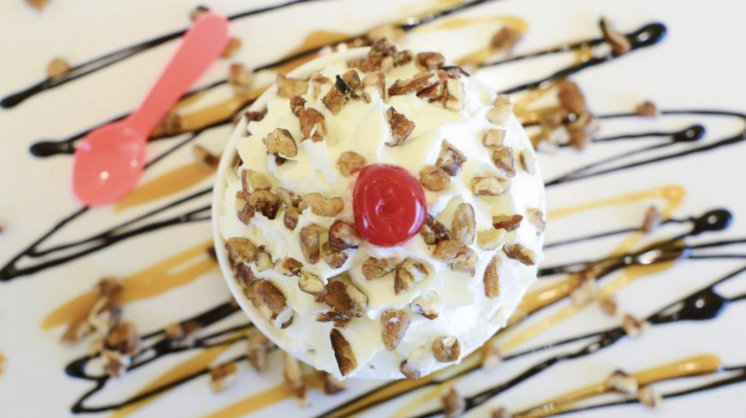 While the truth is that there’s never a bad time to eat ice cream, hot summer months are definitely the best time to dive into everyone’s favorite frozen treat. Braum’s has long been the default choice for a quick ice cream run in the 405 and beyond, and we have nothing but great things to say about the choices at Oklahoma’s “ice cream and dairy store,” especially the chocolate-almond malt. There are other local options, though, so we tasted around town to build this list of must-try local ice cream shops.

Roxy’s Ice Cream Social has three locations in OKC and one in Edmond. As much an old-school soda fountain as an ice cream shop, Roxy’s has floats, sundaes and the rightly famous ice cream sandwiches. Go for a double shot of chocolate chips with the Cookie Monster ice cream sandwich or get a little weird – deliciously so – with the Mean Green (chocolate chip cookies with pistachio ice cream).

Capitals Ice Cream in Midtown features one of the greatest desserts ever: The Mesta Park is crumbled-up blackberry pie mixed with ice cream, so it’s perfection. When it’s not in season, though, the other ice cream specials are equally tempting. The Okie-centric Great Salt Plains features caramel, pretzels and pecans, so it’s salty, sweet and nutty. For a pick-me-up, get the cold brew shake.

Domenico Coffee and Dessert Bar in Chisholm Creek is a second concept from the husband-wife chef team behind Ganache Patisserie … which is to say, it’s fantastic. Ice cream is available by the scoop or as one component of specialty shakes and sundaes. The dessert bar offers build-your-own options, and because the owners are confectionery chefs, everything is over-the-top delicious. 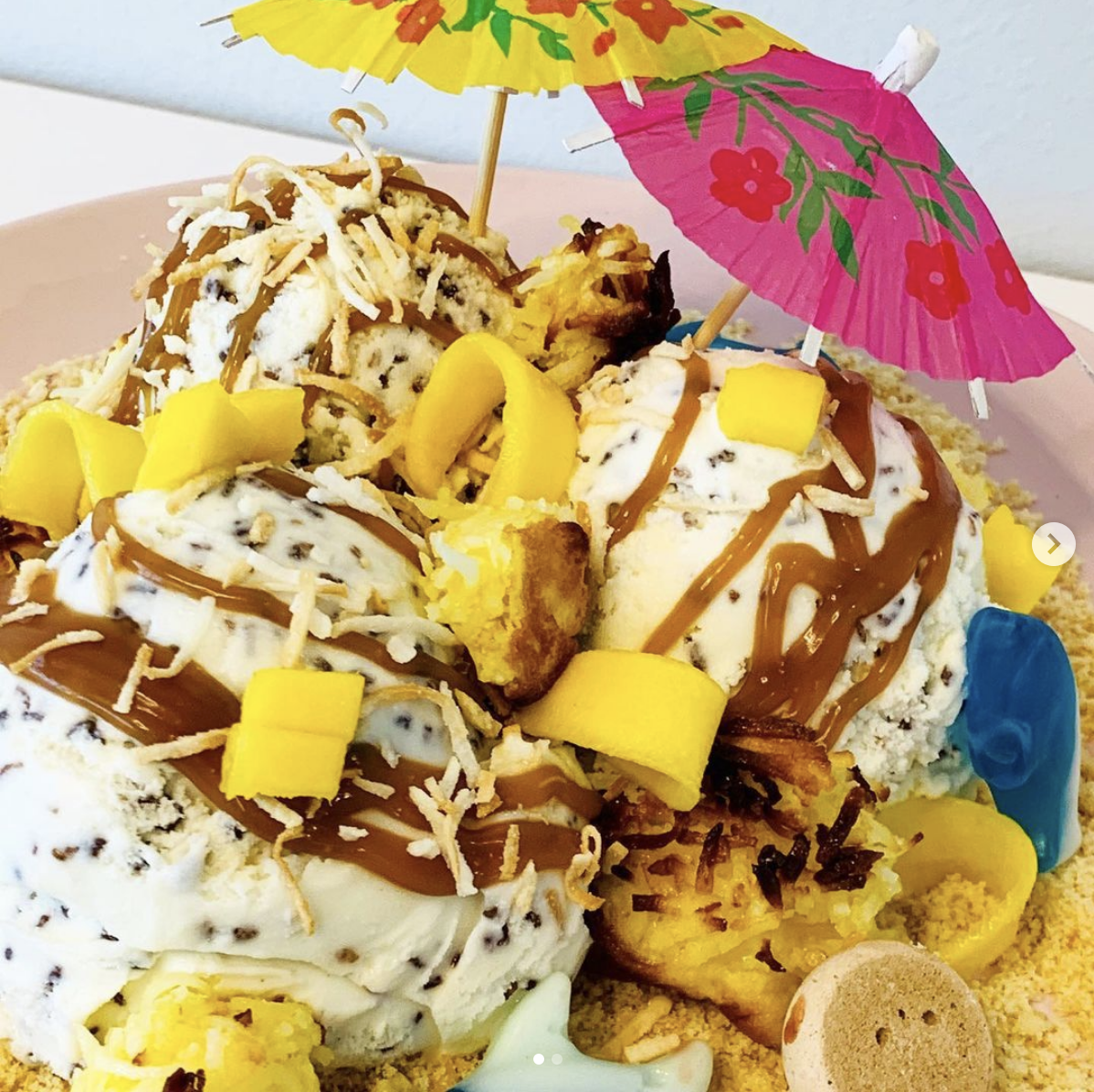 Il Dolce Gelato in Norman specializes in house-made gelato, an Italian “ice cream” with less fat and calories than traditional American ice cream, so it’s practically good for you. (We’re not nutritionists, though.) Currently, Il Dolce offers more than 200 flavors of gelato, including old favorites like spumoni and mascarpone and more quirky, modern takes like chocolate habanero and pineapple ginger. 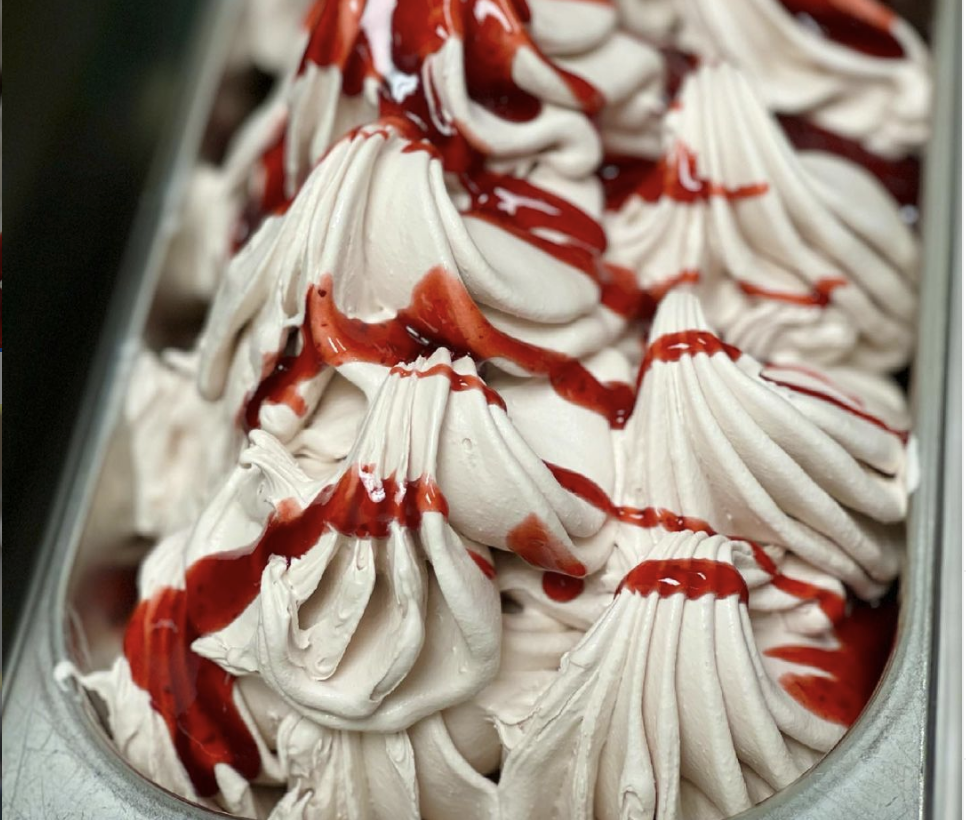 Rusty’s Custard Factory in Norman makes custard fresh every day (every hour, per their menu). It’s fair to call them a traditional ice cream shop but with delicious custard-y treats like banana splits, sundaes and concretes. The menu includes a build-your-own waffle bowl, which is basically a waffle sundae – and ice cream and waffles together is as good as it sounds.

Just Desserts is a food truck that’s easy to find, and that’s not as common as you’d think. They do a phenomenal job of updating their Facebook page, so it’s easy to find delicious, small batch ice cream. Yes, it’s plant-based, but you won’t care if you’re not vegan; it’s that good. Flavors range from pretty traditional like strawberry, vanilla and mint cookies and cream to the more intriguing – banana fudge, key lime pie and peach. 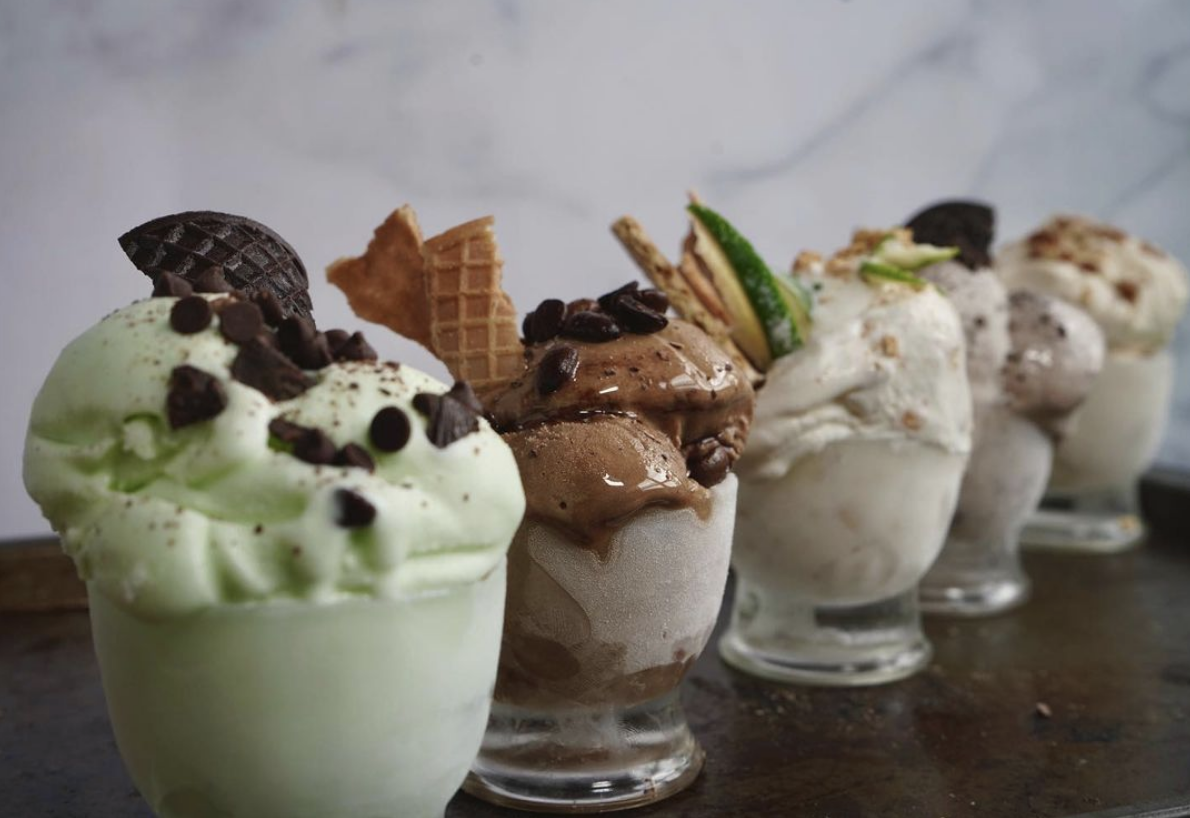 Pop’s in Arcadia is as much restaurant as dessert shop, but it’s unique in its menu of sodas – 700 varieties times four ice cream choices equals an extraordinary number of float possibilities. Might be best to choose before you get there. They’ve got sundaes, malts, shakes and cones, too.

Vacca Territory in Yukon is the best place you haven’t heard of yet. Both a coffee shop and a creamery, Vacca Territory offers everything from healthy breakfasts to coffee to what you’re really here for: semifreddo-style ice cream. Imagine a waffle cone full of ice cream goodness, plunged into a bowl and then topped with espresso, affogato style. That’s Vacca Territory. And if you’re not a coffee type, try the cone by itself or get an ice cream sandwich made with freshly baked cookies. 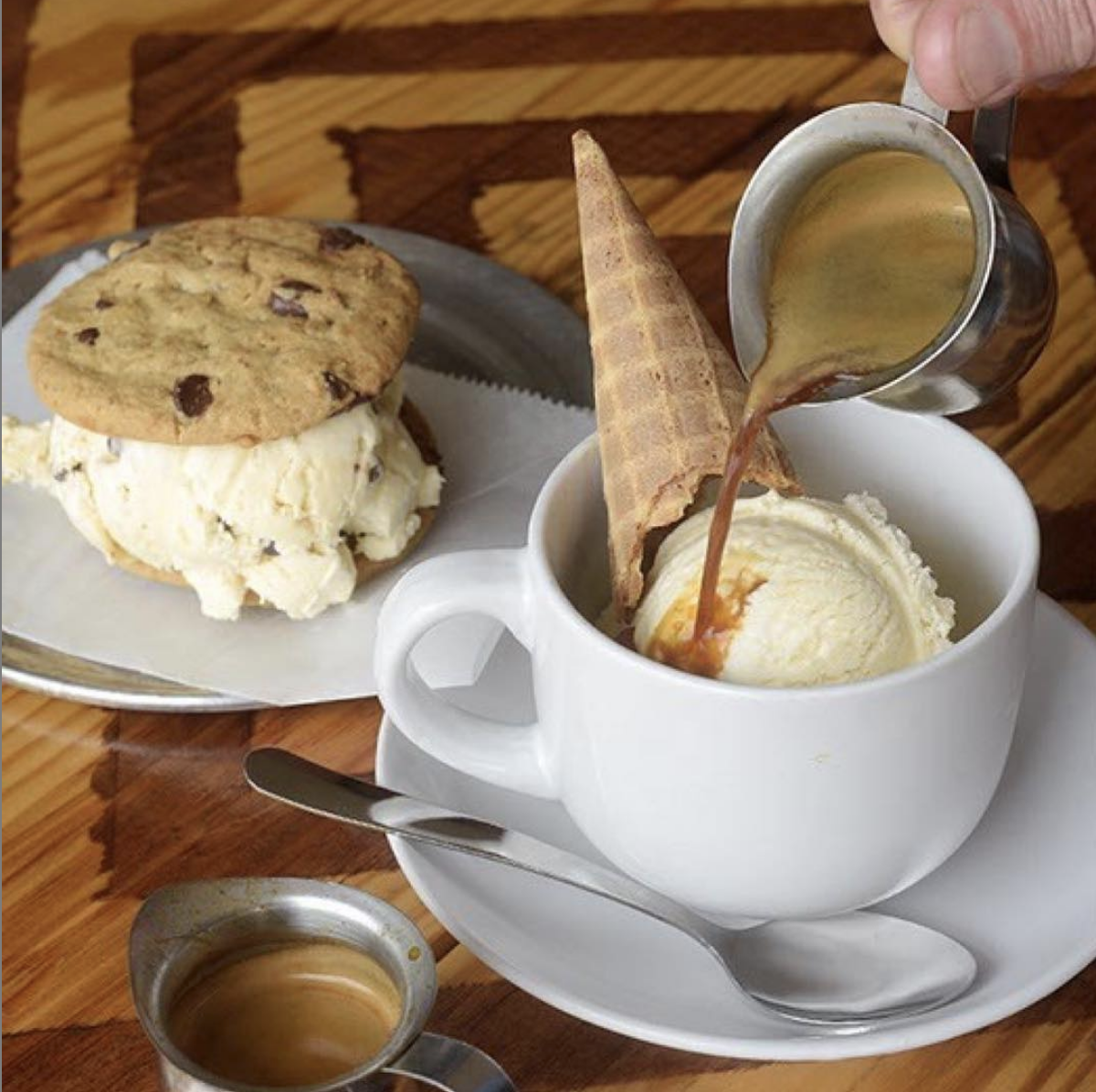