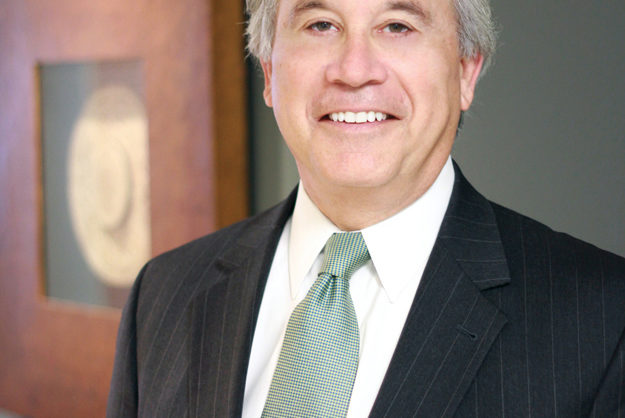 David Walters has seemingly lived a thousand lifetimes since leaving his hometown of Canute, Oklahoma as the only member of his high school class to go to college.

As the principal of several international power companies, the former governor regularly treks to various far-flung locations around the globe, yet somehow retains the values that are central to a native Oklahoman: family, faith and community.

Some of Walters’ most rewarding life chapters, in fact, have been written with the post-political clarity of a man whose focus is fixed on other avenues of meaningful public service, largely within the Catholic community and often benefiting children. Five years ago, he established the John F. Kennedy Community Service Award to recognize those whose dedication to public service represents the ideals of service championed by the fallen president.

This fall, the John F. Kennedy Community Service Award will be presented to two individuals whose public service has been an inspiration to many. In anticipation, we sat down with the former governor to learn more.

I understand you’re from Canute, Oklahoma. Where is that?
Western Oklahoma. Family lore is that our ancestors were headed west, but the wagon wheel broke in Canute and they just stayed.

You must be famous out there.
Well, it’s a small town – population about 200. They did commemorate me with my picture on an obelisk. It sits across from the cemetery entrance, so a lot of people apparently think I’m dead. I took my daughters to see it once, and people had placed some plastic flowers in front of it.

It’s good to see you’re alive and well. What do you do now?
I’m the president of my own company, Walters Power International, which supplies, develops and manages electrical generation power plants around the world.

What’s significant about that work?
Helping countries address their crippling power shortages. Next to water supply, adequate power is the most important factor to economic development and quality of life. Even a small amount of power can light thousands of homes, and that gives me a lot of satisfaction about what we do.

How do you de-stress?
Rhonda and I own some land where I can drive a tractor and a bulldozer. Sounds strange, but it’s relaxing. I also do Pilates.

How long have you and Rhonda been married?
Forty-one magnificent years. Thank God we got married at 12, or we’d be older than hell.

Congratulations! What makes it work?
She gets me. She gets my sense of humor. Marrying her was the best decision I ever made.

What’s not as important as it used to be?
Politics. I have to get motivated to stay interested. I just don’t have the time to focus on it more.

What’s more important than it used to be?
Spending time with our kids and grandkids.

Do you fit any stereotypes?
Yes: I fit smack dab in the middle of the “Type A, compassionate romantics with a penchant for public policy, numbers and business deals and a reasonable tolerance of jet lag and spicy foods” category.

Better for you to admit it than for me to point it out. What’s the strangest thing you’ve done as part of your job?
As governor, I hosted Arnold Schwarzenegger when he came to Oklahoma to give a speech to school-aged kids about staying fit. That led to us doing calisthenics with the kids there in some school gymnasium and it just went onnnnnnn and onnnnnnn. I thought it might kill me.

What do you find funny that you really shouldn’t?
Church politics.

What advice would you put inside a fortune cookie?
If you don’t ask for it, you don’t get it.

What do you bring to a crowded room?
Humor.

What should everyone try doing once?
Hold a public office – it’s both fascinating and humbling. Or at least they should become engaged in a campaign to see how democracy works.

What character trait is one of your best?
Tenacity.

What do you believe that most people don’t?
Selling water to Texas would bring Oklahoma billions of dollars in revenue that’s currently being wasted. And that Thanksgiving is the best holiday.

What are you most thankful for?
Family – living and departed. Having had good parents. Good health and a good mind.

Why did you feel it was important to establish the John F. Kennedy Community Service Award?
It’s good to recognize the long-term efforts of those who have served the public in known and unknown ways. Improving the lives of the disadvantaged or disabled – particularly children – should be recognized as an inspiration to others.

Does the awards event benefit a particular organization?
The Santa Fe Family Life Center, home of Access Sports, which provides organized sports programs for youth who are financially disadvantaged or mentally, physically or emotionally challenged. It’s also the headquarters for Wayman Tisdale’s Lightning Youth Basketball League, which provides scholarships to thousands of kids who can enjoy basketball leagues in a positive environment.

What’s still on your bucket list?
Maybe writing a book or two.