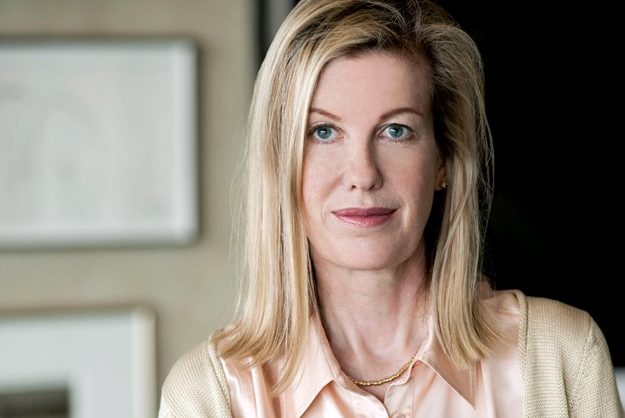 City Arts Center is on the brink of a significant milestone in its 23-year history. With the recent announcement of the purchase of four-and-a-half acres of property at N.W. 12th and Broadway, the nonprofit will soon construct a new facility to serve as an integrated arts center and creative workshop while expanding its education and exhibits programs.

At the helm of the project is City Arts Center’s executive director, Mary Ann Prior, a London native and former corporate curator who arrived in Oklahoma for the first time in 2009 (after explaining to her friends where Oklahoma could be found). Her professional background and lifelong passion for the arts have given City Arts Center an ideal leader to further the organization’s goal of developing regional art with a national and international focus, while celebrating the talent of local artists.

You have an accent. Are you from Shawnee? Poteau?
London.

How did you find yourself in Oklahoma City?
I was working as a corporate curator for Bank of America when Christian Keesee contacted me and asked if I would visit Oklahoma City to learn about City Arts Center, which was looking to hire a new executive director.

That’s quite a leap of faith. You must have loved it.
I did. My friends and colleagues said, “You’re moving where?!”

Do you have a family that you had to convince?
Yes – a husband and three children. Two of my children are grown, so my youngest daughter came with us and finished high school at Casady. She was not happy about coming, but once she got here, she made great friends and loved it.

What surprised you most about Oklahoma?
The wide-open spaces! London is so densely populated.

But you’d traveled to the U.S. prior to coming here, right?
Many times as a corporate curator, but mostly traveling to either coast. I’m definitely not used to all the open space. It boggles the mind.

What makes you homesick?
I Skype with my kids regularly, but seeing them makes me miss being with them, of course.

Thank God for Skype.
Yes! It makes life so much easier. I also miss the English landscape. It’s just beautiful. And then there are the things that can’t be replicated. I miss the Chelsea Arts Club. It has such a great atmosphere and there’s nothing like it.

Did you receive your education in England?
Yes, Westminster University, and I received my master’s degree from the Royal College of Art in Kensington.

What did you study?
My first degree is Photography and Film. My master’s is in History of Art.

What’s the coolest thing you’ve ever done as part of your profession?
I once flew first class from L.A. to London with a special photograph that occupied the first-class seat next to me. It had its own ticket!
With the side benefit of not talking your ear off the whole time.

What’s the best advice anyone ever gave you?
My father used to tell me not to put anything in writing.

How do you not put anything in writing?
I think he really meant to be careful about what you put in writing. And I do obey that.

What advice do you give your kids?
I tell them to be careful about Facebook and Twitter and to be wary of social media, which is really the modernized version of the advice my father gave me.

Are you passionate about anything in particular?
Many things. I’d probably describe myself as a lifelong learner. Photography, in particular, is a great love.

What would you define as your best personality trait?
A sense of humor. And patience.

Which trait would you gladly give up?
I have a very low boredom threshold.

Are you an avid reader?
Yes. It keeps me sane.

Do you have any special skills?
I’m a writer and a good organizer. In fact, I’ve written a book that will be published this September in London.

How exciting! Congratulations! What is the book?
It’s a biography about an aristocratic British woman living in India from 1836-1842 called An Indian Portfolio: The Life and Work of Emily Eden.

A British woman living abroad, surrounded by art… hmmm… that sounds like a familiar theme.
Yes, Emily Eden was an ex-pat like me. After I moved here, I really developed empathy for her, being in a foreign country, far from her family.

And no Skype.
No. In fact, at that time, it took about six months for a letter to reach its destination, so I consider myself much more fortunate!