Inside Emilia’s Italian and Fox and Rye Sandwich - 405 Magazine 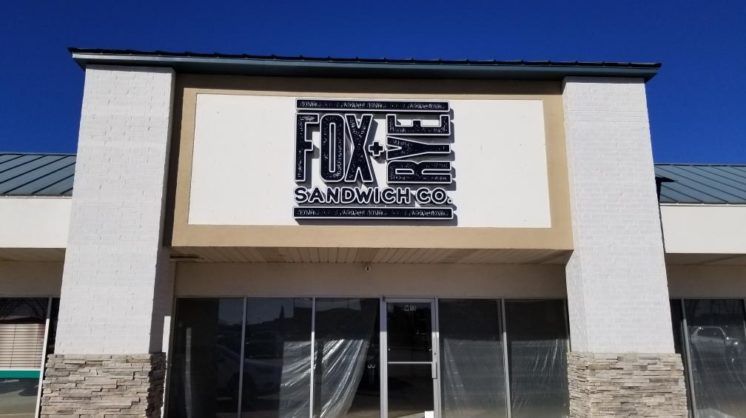 Emily Atkerson and Ryan Richardson, owners of the soon-to-open Emilia’s Italian Kitchen in Norman and Fox and Rye Sandwich Co. in Edmond, met while working at Johnny Carino’s, which seems fitting. But the first shift they worked together gave no indication of what was to come.

“I told the manager that Ryan was going to be a good server, but I didn’t want to work with him as his trainer again,” Atkerson said.

Both young people — she’s 28; he’s 27 — have worked as front- and back-of-house food service professionals for their entire careers: fine dining, steakhouses, Italian joints, a Quizno’s, and the aforementioned Johnny Carino’s. Richardson eventually made his way to culinary school in New York City, and after completion, he worked on the line at Restaurant Latour and Danielle’s until the pandemic brought both back to OKC. Richardson is a native Oklahoman, being from Edmond, but Atkerson landed here from her native California.

To close the circle on their relationship and professional experience, the two have leased a former Johnny Carino’s in Norman to become Emilia’s (970 Ed Noble Pkwy). “We are actually bringing back the original kitchen manager from when it was Johnny Carino’s,” Richardson said.

Emilia’s will feature what Atkerson called “classic Italian with a fresh twist,” including house-made pasta, bread made and baked fresh in house, fried ravioli, pepperoni bread, arancini, lasagna, and of course, chicken parmesan. The space is large — roughly 6,000 square feet — with a capacity for just over 200 diners, and the bar will have a prominent place. “We converted a giant section of the original dining room into a larger bar,” Richardson said. “We’ll have a mixed beverage license, so it will be full bar service.”

The expected open date for Emilia’s is April 1, and Fox and Rye is expected to open in March. The latter concept features hot sandwiches. “We won’t even have lettuce in the building,” Atkerson said. Located in a shopping center at 1427 S. Broadway — the actual physical address is 13 W. 15th St. — the 2,000-square-foot building will be solely dedicated to sandwiches and house-made chips with seasoning blends complementing menu items.

“We’re not saying much about the full menu yet, but we’ll have duck pastrami on our Reuben, as well as house-made sauerkraut,” Richardson said. “Another standout will be the cold-smoked, buttermilk fried chicken sandwich.”

Fox and Rye, a name that reflects Atkerson’s love of “small woodland creatures,” will not have alcohol for now. Atkerson said the target date for opening is “as soon after March 16 as possible.”