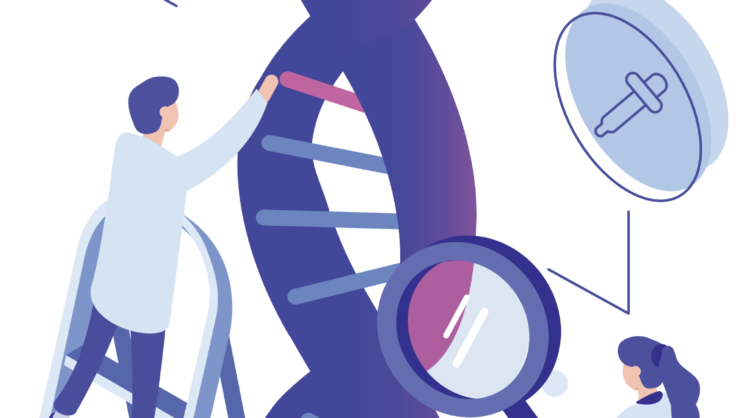 Genetics is transforming the way we live beyond DNA searches for family trees. Gene testing also can determine which medicines will work for you and which won’t and explain why you have side effects to certain medications.

Patrick Gaffney, M.D., member and program chair of the Genes and Human Disease Research Program at Oklahoma Medical Research Foundation, said the future of genetics lies in precision medicine where doctors determine the best medications based on a person’s genetics or develop medicines tailored to specific genes.

This field of study is called pharmacogenetics.

“I think the ability for us to diagnose rare diseases (through genetics) has been an amazing thing that’s happened in the last 10 years. That’s been an astonishing thing to watch,” said Gaffney, whose focus is children with rare diseases.

Pharmacogenetics is a viable steppingstone for what lies ahead for precision medicine as doctors and scientists try to understand why a patient has a disease, predict its course or develop medicines to fight it, he said.

Out of the lab and in clinical practice, Susan Dimick, M.D., a clinical lipidologist in Edmond, uses genetic testing in her practice to determine which medications will work best for patients to treat, prevent and reverse heart disease.

“Virtually all lipid disorders are associated with genetics,” Dimick said. Lipids are the fats in your bloodstream and affect cholesterol, triglycerides and more; lipid disorders include heart disease and attacks and strokes.

She has spent her professional life working to lower patients’ risks of chronic diseases and is one of six board-certified clinical lipidologists in the state.

Dimick considers lipid genetics a key part of her practice “because we are talking about a disease that is affected by lifestyle only a little and is primarily associated with underlying genes,” she said.

The pharmacogentics testing that Dimick offers at her Oklahoma Early Detection Center, maps patients’ genes and tests them against about 350 prescribed medications. These tests can give patients gene-specific recommendations for types of medications, dosage amounts and drug interactions and tell them what risk they have for developing certain diseases.

Dimick tells people to take the results and put them in their safe deposit boxes because their genes will never change but the medicines will.

“In some ways, it’s a one-time blood test that lasts the rest of their life,” she said.

Dimick recommends DNA testing for people with a family history of heart diseases and with medication sensitivities. She also recommends cascade testing of family members with heart diseases — including screening children — in order to know how to prevent them based on their genes. The American Academy of Pediatrics and the National Lipid Association now recommends that children between 9 and 11 get their cholesterol checked.

“What I would really love for people to know is that it’s a preventable disease. You don’t have to develop hardening of the arteries,” Dimick said of heart disease. “It doesn’t have to happen, and it is a preventable problem if people will be proactive, look at what their real risks are and then do something about those risks.”