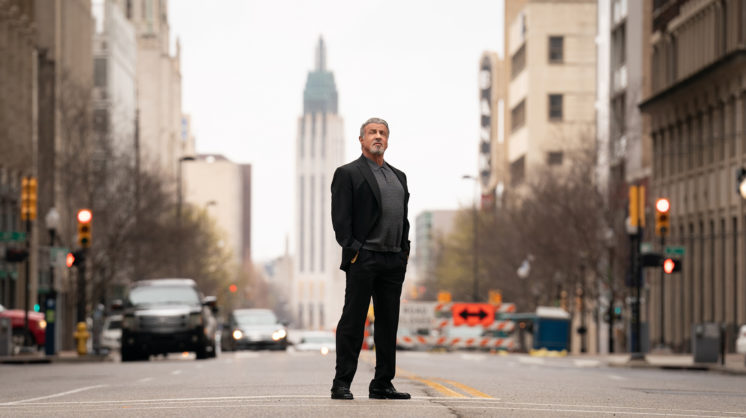 “Reservation Dogs,” Killers of the Flower Moon and Reagan are among the recent blockbuster productions filmed in Oklahoma, and Paramount+’s “Tulsa King” is the latest, having taken over Oklahoma City streets in the past few months.

The story centers around New York mafia capo Dwight “The General” Manfredi, played by Sylvester Stallone. After serving a 25-year prison term, Manfredi is unexpectedly exiled by his boss and sent to Tulsa to compile a new crew and re-establish himself.

“‘Tulsa King’ originated with Taylor Sheridan (“Yellowstone,” “1883”), who, as the present-day master of the Western, decided to cross-pollinate genres, moving a New York mob story into a fascinating and unexpected new world,” said Terence Winter, the showrunner, executive producer and writer for the show.

Productions like “Tulsa King” have residents and actors excited about what their presence means for their hometowns and the Sooner State. Rachel Cannon is a native Oklahoman and Hollywood actor known for her roles in “Fresh Off the Boat,” “Mad Men,” “Two and a Half Men” and most recently Reagan, which was filmed in Guthrie. “Seeing the industry I love growing in my hometown with tremendous momentum fills me up,” she said.

Like many residents, Oklahoma elected officials are also passionate about what “Tulsa King” brings the state. “It’s exciting when major production companies come here, and that is happening more and more frequently,” said Lt. Gov. Matt Pinnell. “Because of that, we have had Hollywood A-list actors, including Sylvester Stallone, Leonardo DiCaprio and Matt Damon, spend time in Oklahoma. You don’t have to be in L.A. or New York City to run into celebrity actors anymore.”

Ed Harris, a veteran Hollywood actor, director and Oscar nominee known for roles in The Right Stuff, Apollo 13, “Westworld” and Pollock, has strong ties to Oklahoma. “I can say that small towns, in particular, have been extremely supportive when a lm is being shot there — particularly if it’s for an extended period,” he said. “Restaurant owners, hardware stores, lumber yards, bowling alleys, bars, etc., are usually welcoming, friendly and appreciate the business.”

Hollywood actors not native to Oklahoma also enjoy working in the Sooner State. Dennis Quaid, known for his roles in American Underdog, Great Balls of Fire and The Right Stuff, recently wrapped up production on Reagan. “The plains of Oklahoma have become the backdrop for studios and producers to create movie magic,” he said. “From the local workforce to state government, the Sooner State has welcomed filmmakers, actors and everyone in between with open arms. I thoroughly enjoyed my time there during the Reagan shoot, and I can’t wait to come back.”

However, filming in small towns does have drawbacks. “Sometimes it’s just being able to accommodate the magnitude of the project if a town is too small,” Cannon said. “Where does the crew stay? Who can cater their meals? Where do you park all those trucks and trailers? If the crew is 500 people, [then] that’s a lot to absorb in a small town.”

The Filmed in Oklahoma Act of 2021, which provides incentives for qualifying productions with a base rebate of 20%, is meant to play a significant role in enticing new movies and TV shows to the state. This, in turn, could significantly affect the local economy. “When lm and TV productions choose Oklahoma, they support local jobs and businesses,” Pinnell said. “Small lm projects employ hundreds of Oklahomans, and large productions employ thousands. Filming a movie or show can bring an average of $50,000 a day to a city through hotels, restaurants and hardware stores, leading to major boosts in sales tax revenue.”

“Tulsa King” is shot on location in Oklahoma City and Tulsa. But what makes Oklahoma special for the show’s writers and producers? “Aside from the fact that we strove for authenticity in our locations and wanted to lm where the show actually takes place, there are certain qualities in Oklahoma that you simply can’t find anywhere else,” Winter said. “The blend of art deco and Western architecture, the unique settings, the incredible sky — particularly the sunsets — just don’t exist elsewhere. And the people! The natural charm, helpfulness and friendliness of everyone we’ve encountered here have made this production a joy right from the start.”

The production of “Tulsa King” has garnered plenty of excitement and support, which signifies that Hollywood has come to the Sooner State and is likely to stay. “Tulsa King” premieres Nov. 13 on Paramount+.