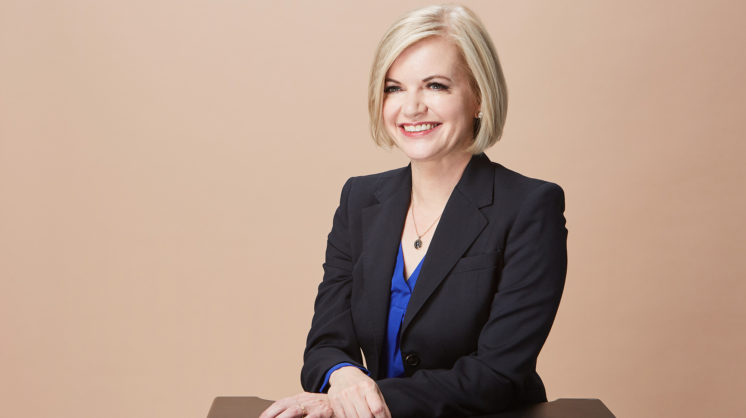 In Jill Castilla’s office at Citizens Bank of Edmond, C-SPAN is always on. She is watching for glimpses of her youngest son, Nicholas, who at 16 is serving as a U.S. Senate page in Washington, D.C. Castilla, President and CEO of Citizens Bank of Edmond, has served in the U.S. Army and Oklahoma Army National Guard. All the members of her family have served or are serving our country in various ways: her husband, Marcus, is a retired Lieutenant Colonel for the Army. Their three children include a West Point graduate and Army officer, and a U.S. Naval Academy midshipman. And then, of course, high-schooler Nicholas. On C-SPAN. 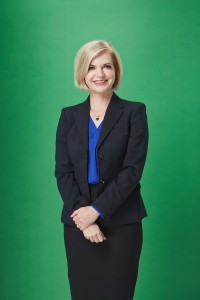 If you ask Jill Castilla about any of her numerous achievements—Executive of the Year (Banking Dive), Banker of the Year (Cornerstone Advisor), Most Innovative CEOs in Banking (Bank Innovation), Community Banker of the Year (American Banker)—she will bring the conversation around to how it affects the community. She serves 100 days a year as Civilian Aide to the Secretary of the Army for Oklahoma, sharing resources with mothers of service members, working with service members, and writing reports twice a year about the concerns and needs of soldiers. Her biggest joy, she said, is giving away college scholarships to four cadets every year. She is also proud of the impact of Heard on Hurd, a monthly street festival in downtown Edmond sponsored by her bank. Taking place March through October every year, this block party has called attention to local businesses and helped revitalize the downtown neighborhood of Edmond.

When her award for Most Powerful Women in Banking (American Banker) was mentioned, Castilla said, “Yes, there are many incredible women nominated for this honor. And while my name may be on the award, it’s all about our Citizens Bank of Edmond team and the amazing work they accomplished this past year.”

Castilla became a nationally recognized innovator in the banking industry during the 2020 COVID pandemic. She said, “We kept trying to find ways to help our community. We allowed customers to overdraft. We waived loan payments. We talked to individual customers about how we could help. And then, someone on the team told me about Mark Cuban’s Twitter.” Castilla realized that many small businesses were not taking advantage of the Paycheck Protection Program because of its lengthy, complicated application process. She contacted a local tech business to see if they could simplify the process. She also sent entrepreneur and “Shark Tank” star Cuban an email. Together, they made the new application process national.

Cuban calls Castilla “no talk and all action.” Under her leadership, the one-branch community bank in an Oklahoma City suburb became a major player on the national stage, winning Best Fintech Partnership Award (Finovate 2020) and 100 Most Influential People in FinTech (FinTech Weekly).

My favorite part of the interview, besides feeling as though I was sitting in a real-life version of It’s a Wonderful Life, was being interrupted by Jill every so often so that she could point out her son on the screen above us. “There he is!” she would say, her eyes glistening. The most admired and innovative CEO in Oklahoma is also, like many of us, a very proud parent.