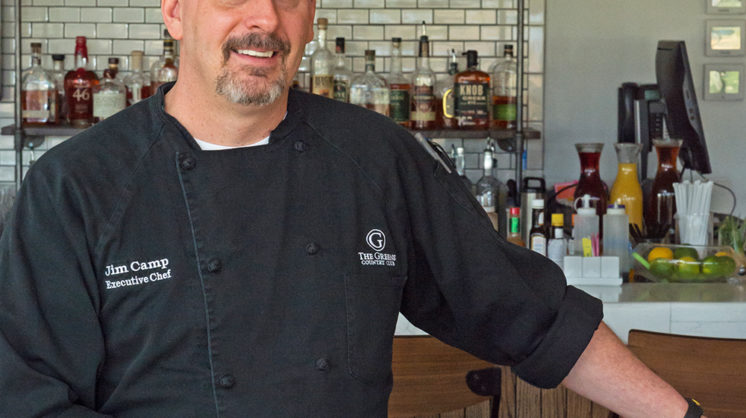 A chef job at a country club is different from restaurant work in substantive ways – most importantly, if you stay long enough, you become more than an employee. Jim Camp became the new executive chef at The Greens Country Club in October last year, and he said he’s already treated like a member of the family.

“I’ve owned my own restaurant, worked in many more and even worked in hotels, and this is better than I expected,” says Camp, a Dallas native. “At The Greens, we don’t do typical country club food, and I think that’s what makes us unique and keeps the members coming back. When you do things right at a club, it’s a great feeling, because the members are truly grateful.”

His earliest memories of food were at his great-grandmother’s house, especially the smell of her stove-top chocolate that greeted him during visits. Not typical hot chocolate and not quite fudge, the concoction is still his strongest memory of her house. His mother’s strong suit was beef stroganoff, but he admits she wasn’t “the best cook in the world.” Like most American kids, mac and cheese and McDonald’s were regularly on the menu, too.

As a kid, he also remembers not liking tomatoes, but now he loves them. “It’s funny how your palate develops,” he says. For chefs, that development is critical. “Chefs like me cringe when people ask what we love to cook, or worse, what our specialty is. I don’t have favorite things to eat or cook. Trying new things is what keeps me going.”

Camp started working in a commercial kitchen while at OU. He applied for a busser position at Legend’s, but was too late. The owner offered him a prep cook position, which he reluctantly accepted.

“I was desperate for a job, but I loved it immediately,” he says. “I spent more time at work than in class, so my grades began to slip. Bad grades and out-of-state tuition costs led to my mom telling me to come back to Texas.”

The move proved to be a positive one, as he enrolled in El Centro Community College’s culinary arts program. He apprenticed at the Westin Hotel Galleria – Dallas under Chef Chris Lalonde. After that, a career outside of food has not been a consideration.

In his spare time, he tinkers with a “rat rod,” his ’99 Chevy Lumina, golfs as often as he’s able and spends as much time as possible with his family. For his recipe, he chose Deviled Egg Relish, a dish used frequently at The Greens.

“We use it so much because it’s tasty and very versatile,” Camp says. “We use it on several smoked salmon dishes; it also pairs well with smoked beef and carpaccio, and it’s great as a dip. It’s also very easy to make.” 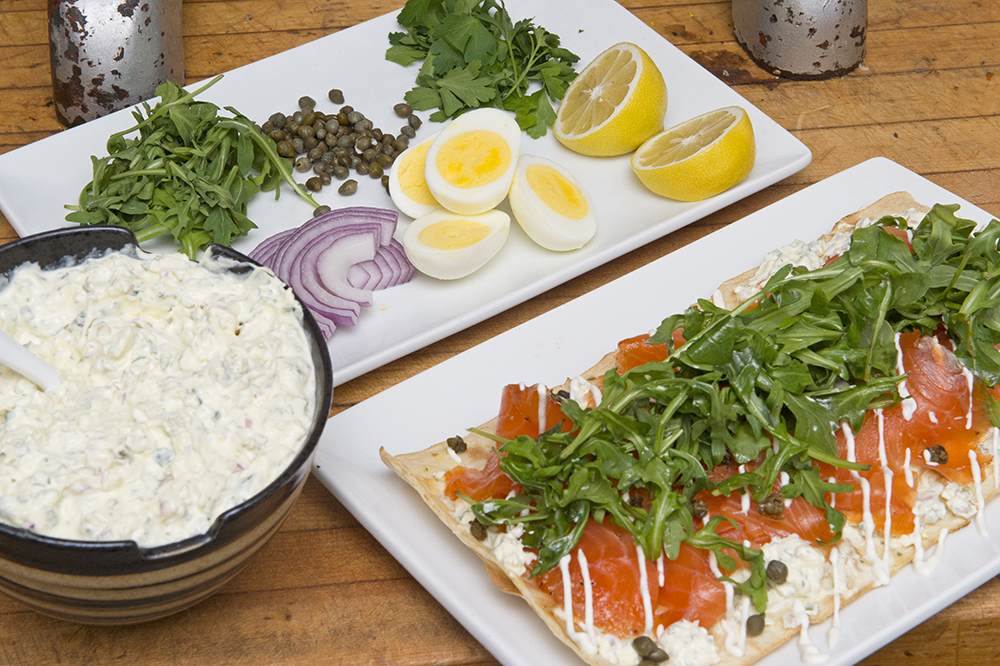 Combine all ingredients and mix well; add salt and pepper to taste.

In addition to smoked meats, Camp uses this as a topping on flatbreads, too. 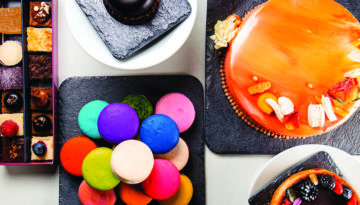