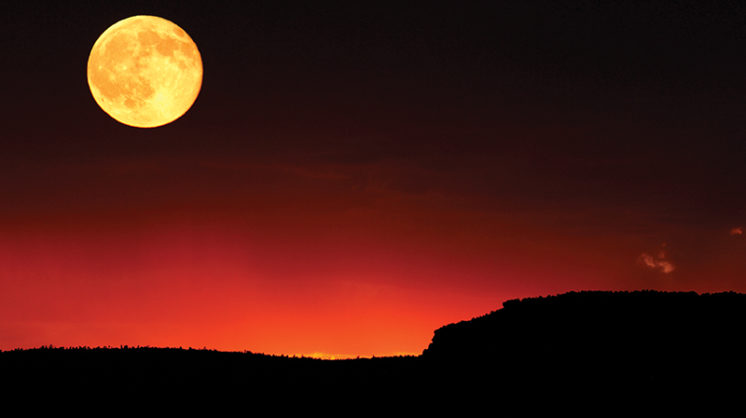 A brass fanfare … a stentorian voice … the William Tell Overture … “A fiery horse with the speed of light, a cloud of dust and a hearty ‘Hi-yo, Silver!’” To anyone who grew up in the ’50s, the image comes clearly: A masked rider comes over the hill, through the rocks – it’s the Lone Ranger! Too young? Never mind.

If you’ve ever seen a western movie or TV show, you, too, have seen Kanab, Utah. Countless TV episodes and more than 100 movies have been made in and around this tiny Utah town that earned the soubriquet “Little Hollywood.”

Kanab makes a handy stopover between some of America’s most beautiful national parks – it’s 30 minutes to Zion and 90 minutes to Bryce Canyon or the Grand Canyon’ s North Rim – but it’s an interesting little place all by itself, and there are even more great sites close by.

Ready for Its Close-Up

In 1917, the three Parry brothers started a transportation company to pick up tourists at the train station and take them to the national parks. For the first movie made here, Deadwood Coach (1924), Tom Mix hired Chance and brothers Whit and Gron to transport cast and crew to various shooting locations. The brothers recognized a golden opportunity.

Armed with hundreds of photos from the area, Chance hit Hollywood, calling on studio executives and location scouts. In 1931, the brothers purchased a large home and turned it into a tourist accommodation, Parry Lodge, with a restaurant – convenient for housing the movie crews and stars. Chance was the liaison, Whit ran the lodge and Gron supplied livestock, wagons and horse-drawn vehicles needed by the movie companies.

For decades the whole town was in the movie business. Locals worked as extras or helped on the sets. It wasn’t unusual for the high school to close early so students could make a little extra money. 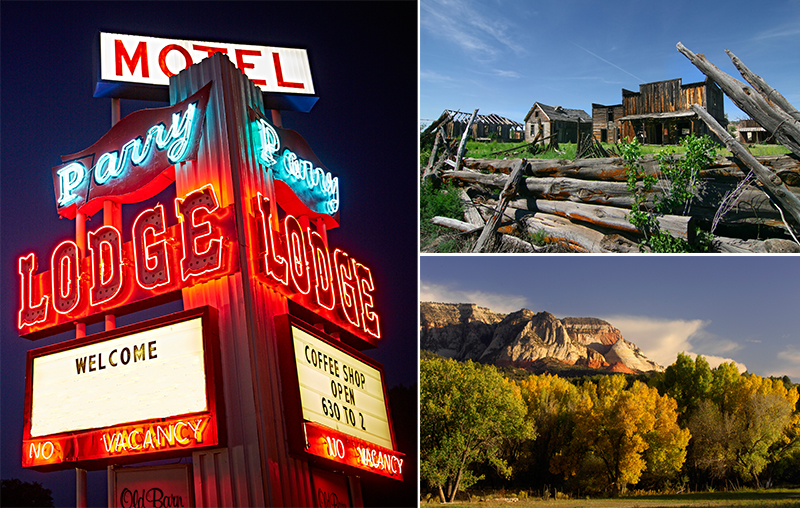 This super-retro accommodation has kept all of its early charm, accompanied by enough updates to vie with contemporary competitors. The number of rooms grew as the business prospered. We stayed in the Julie Newmar room – half a duplex near the pool, decorated with posters and newspaper articles about the filming of Mackenna’s Gold starring Julie Newmar, Gregory Peck and Omar Sharif.

Employees are well-versed in the lodge’s history and full of gossipy, handed-down stories of the stars – some of them are probably true. Each year, from mid-May to mid-October, a century-old barn on the property becomes a theater, and every night there’s a different movie that was filmed in the area. Presentations kick off with one of the facility’s film historians talking about Parry Lodge history and facts about the film. Movies are free – popcorn is extra.

Ready on the Set

I watched The Outlaw Josey Wales starring Clint Eastwood. This was particularly apt since that afternoon I had visited the Little Hollywood Movie Museum, a set sanctuary. One of the displays is the adobe (actually made of fiberglass) that became Josey’s home at the end of the movie. Another piece is a toll booth, made of Styrofoam, from the 1990 remake of The Desperate Hours with Anthony Hopkins.

While most of the exhibits are from westerns, other genres also were filmed in Utah – the landscape has even been a stand-in for the planet Mars. Everything’s slightly tatty, partly because pieces were supposed to look weathered, partly because they’ve weathered more.

Nevertheless, this is a fun place to visit, and a 12-minute film about movie-making in the area is fascinating. In the documentary, one of the locals describes the industry’s benefit to the community. Even though pay for extras and stuntmen was minimal, he said, “It kept the kids from eating the putty out of the windows!”

Movie sets aren’t the only thing rescued in Kanab: Best Friends Animal Sanctuary is the nation’s largest no-kill companion animal sanctuary. Home to approximately 2,000 cats, dogs, horses, pigs, birds and bunnies, Best Friends is listed on Trip-Advisor as the number one thing to do in town. The sanctuary offers a variety of free tours, accommodations, hiking trails, volunteer vacation opportunities … and the chance to take home a new friend.

In addition to the three national parks, there are five national monuments, one national recreation area, two state parks and two national forests within reasonable driving range of Kanab. If you’re a photographer, plan hours extra for any road trip – and make sure you have extra batteries, because each vista is more spectacular than the last.

If you’re a shopper, both Denny’s Wigwam and the Little Hollywood Movie Museum carry many western and Native American items. REaD Cat Giftshop and Bookstore is a great source for nature items and numerous books – particularly on regional topics. Western Hills Rock and Gem at the west end of town carries beautiful pieces of local sandstone with gorgeous, natural patterns.

The town’s biggest celebration is the annual tribute to its heritage, the Western Legends Roundup – always the fourth weekend in August. Hotel rooms in town book up completely, a herd of longhorns leads the parade down the main street, and visitors enjoy old movies, street fairs and music. This year’s headliners include Mickey Gilley and Bill Anderson.

Kanab’s movie history is a big draw, but it’s just part of the town’s attractions. Come here and make your own western memories. With so much to do in the area, you may come for the night but you may wind up spending the week.