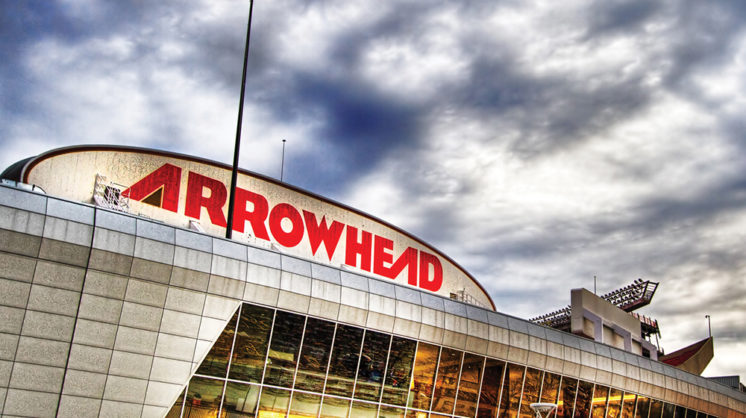 Fall in Kansas City has always been glorious. Sunny, Indian summer days bring out glowing colors in the trees. The air is crisp and clean. And the Kansas City Chiefs come out to play.

With only one home game in September, fans are looking forward to three great games this month, against Washington, Pittsburgh and Denver. A short five-hour drive, interstate all the way, makes Kansas City a great destination for a quick getaway. And a Chiefs game is an ideal reason to go.

Can You Hear Me Now?

Arrowhead Stadium, home of the Chiefs, is part of the Harry S Truman Sports Complex, which also houses the Royals’ Kauffman Stadium. Built in 1972, Arrowhead underwent a $375 million renovation in 2010, and has a capacity of 76,416 fans.

And those fans are loud. Arrowhead holds the Guinness World Record for the loudest crowd roar at a sports stadium – 142.2 dBA (decibels sensed by the human ear, basically). A jet flying over at 1,000 feet only registers 110 dBAs. In case you’re curious, it happened in 2014 during a Chiefs/Patriots game, which the Chiefs went on to win 41-14.

My husband Jack and I watched the Chiefs beat the Saints last October – not as lopsided a victory, but enough that we got to see a bunch of fireworks. And yes, the stadium was loud.

Everyone else was wearing red – we tried to blend in, and tried not to wince as rabid fans ended the national anthem with “home of the CHIEFS!”

We’d missed out on being part of the biggest tradition, however: the tailgating. With Kansas City being a big barbecue town, the aromas of grilling meat and savory sauces poured over the ample parking lots.

Tailgaters get here hours early, and the spreads they put out are truly impressive. Folks here are also super-friendly; more than once we were invited to share the wealth.

Parking isn’t a problem – driving isn’t quite as simple. Lines can be long and, for out-of-towners like us, access streets can be confusing. Fortunately, Arrowhead has a partnership with zTrip, which gets you there and back without the hassle.

The stadium itself is great, with lots of amenities. In addition to the usual hot dogs and hamburgers, great local food is available, too. Again, check out the barbecue! And wash it down with the local Boulevard beer.

I’m not a very big football fan, generally, but the crowd, the stadium and the atmosphere were irresistible. I yelled myself hoarse and left happy. 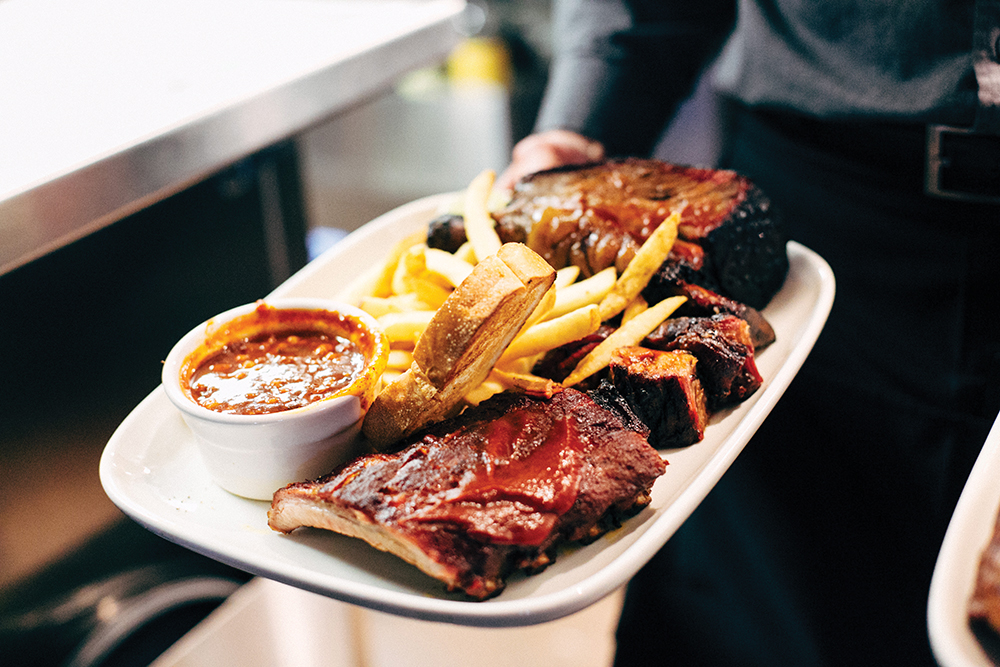 And All the Trimmings

The Country Club Plaza, the nation’s first suburban shopping area designed to accommodate automobile traffic, is a favorite destination of ours. It’s close to some great museums and offers lots of shopping and dining opportunities. It also made a perfect home base for our short trip.

Accommodations range from the elegant boutique Raphael Hotel on Brush Creek to the sleek Fontaine on the west side of the Plaza and a variety of chains. Our choice was the Holiday Inn on the Country Club Plaza, for several reasons: One, the price was right for us; two, we’ve always had good service there; and three, it’s just a short walk to one of our Kansas City “musts” – a trip to Winstead’s Steakburgers.

I grew up in Kansas City, and a great family night out for us included a steakburger and a cherry soda. The patties are made from the best freshly ground beef, and are so thin they’re almost lacy. Okies, used to fatter burgers, will want to get a double or a triple. Presentation is simple – meat, topped with mustard, ketchup, pickle and onion, on a plain toasted bun and served in a paper wrapper. Oh, you can add other items; cheese, lettuce, tomato, bacon, mayo or grilled onions, but that’s messing with perfection. And the décor is ’50s retro, down to the music on the jukebox.

The other “must” – you’ve probably guessed – is barbecue. Also a short walk from our hotel, Fiorella’s Jack Stack Barbecue is so popular that you’d better plan for a wait in line. But even that can be fun; while we waited, we watched several limos dropping off Saints players and fans, and visited with the parents of OSU linebacker Chad Whitener, who were in town for that weekend’s OSU/KU contest.

Jack’s a fan of pulled pork, while I’m a brisket fancier, but we both agree that Jack Stack’s hickory pit beans are the best, and the hand-breaded onion rings are colossal.

Have some barbecue and some beer with a heaping helping of football. It’s a recipe for one great getaway.