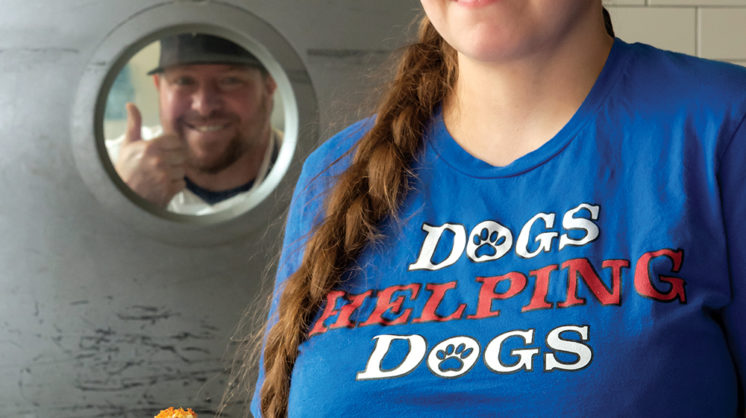 Before she started her culinary career, Kari Garrett, sous chef at Mary Eddy’s, was a microbiology student at the University of Oklahoma. The Edmond native, who grew up mostly in Alva, said she was feeling very disconnected from her program at OU, so she left and took a job at Sprouts.

“I was cutting meat and running the counter, and I was having a lot of fun cooking for my husband and our small circle of friends,” she says. “Culinary school seemed like a good fit.”

Growing up, the food from both sides of the family was what Garrett calls “meat and potatoes,” including a freezer full of fish and game at her dad’s house. The family supplemented their income with seasonal game – fishing all summer and hunting in the winter, including storing and processing venison. Garrett even got to butcher two cows while she was still in high school. Without knowing it, she was preparing for her career.

Garrett was attending culinary school and working at Ranch Steakhouse as a line cook when a classmate told her about an opening at Mary Eddy’s. She met with Executive Chef Jason Campbell and Chef de Cuisine Jeff Patton, and got the job at 21c Museum Hotel. Like many sous chefs, Garrett has worked her way up from line cook, and Campbell talked about her as a young chef who is hardworking and eager to learn – a vital combination in a fast-paced kitchen such as Mary Eddy’s.

“I have to give credit to my chefs,” Garrett says of Campbell and Patton. “They’ve really led me in a direction that I’m pretty passionate about pursuing, and they give me every opportunity to learn new things, from charcuterie to pickles and fermenting.”

Working with Patton has brought Garrett back to microbiology, in a way, because of the focus on fermented foods. The fermenting room at Mary Eddy’s has the feel – and smells – of a college microbiology lab.

“I love learning about the fermenting process,” Garrett says, “especially the scientific processes that blend together with cooking to create some of our most nostalgic flavors.”

Garrett practices at home, too, where she and her husband are caretakers for a menagerie of pets: three English mastiffs, a cat, a snake, two turtles and a tortoise. She cooks a lot of the foods she had growing up, including stews and roasts, and she’s working with Asian components as she continues to learn. The process of becoming a chef is a time thief, so Garrett is looking forward to a point when life slows down and she and her husband can focus on helping one of their principal passions – the Norman community dog parks.

For her recipe, Garrett chose Pancetta and Spinach- Stuffed Porcini Mushrooms, which is the first dish she ever cooked for her father. It comes with two caveats: First, if you can’t find pancetta, bacon will work just fine. Second, it can easily be made gluten-free by eliminating the bread crumbs. 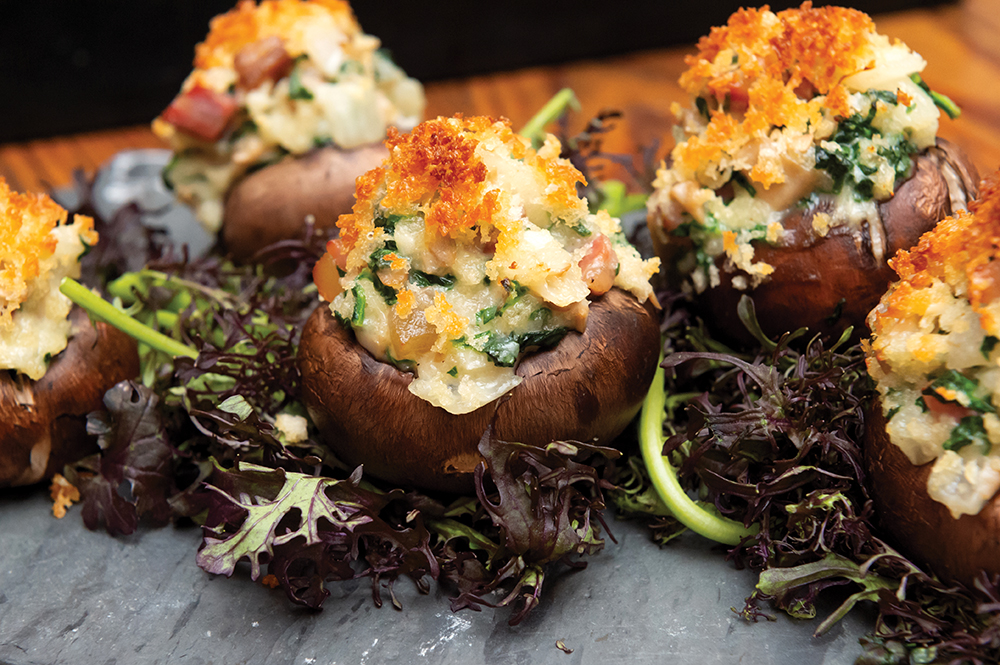 • Rinse the mushrooms and then remove the stems.

• Chop stems and reserve for later.

• In a saute pan over medium high heat add one tablespoon vegetable or canola oil.

• Render the pancetta till it is crispy and remove from pan.

• Add the onion, garlic, and mushroom stems to the pan and sweat until onions start to become translucent.

• Add the spinach and saute until lightly wilted.

• Return pancetta to the pan and add the cream, ¼ cup Parmesan, and salt.

• Reduce liquid by half. Let cool until set.

• In a small bowl, add the panko, remaining Parmesan, a pinch of salt, and just enough olive oil to lightly wet the panko.

• Mix together and set aside.

• When your mushroom filling it set, spoon into the caps and top with your panko mixture. Place mushrooms on a sheet tray and bake at 350 degrees for 15 to 20 minutes or until mushrooms are warm throughout and the panko is crisp.