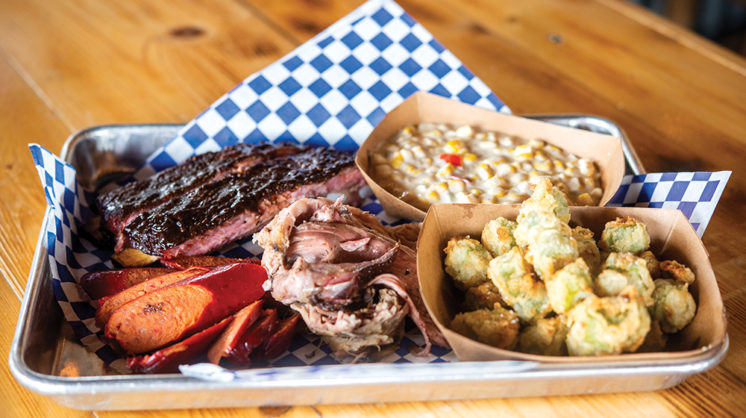 When we set out to do a feature on barbecue in central Oklahoma not that long ago, we were able to list off more than 20 locally owned establishments without having to rack our brains. I was thinking about that recently when we walked into Klemm’s Smoke Haus in Edmond, and I realized that this restaurant is almost directly across from an outpost of a local BBQ chain and just down the street from a national franchise. It’s easy to see why the operators approached the idea of opening another barbecue place with caution, and thought it couldn’t hurt to have a concept, a hook, that set them slightly apart. 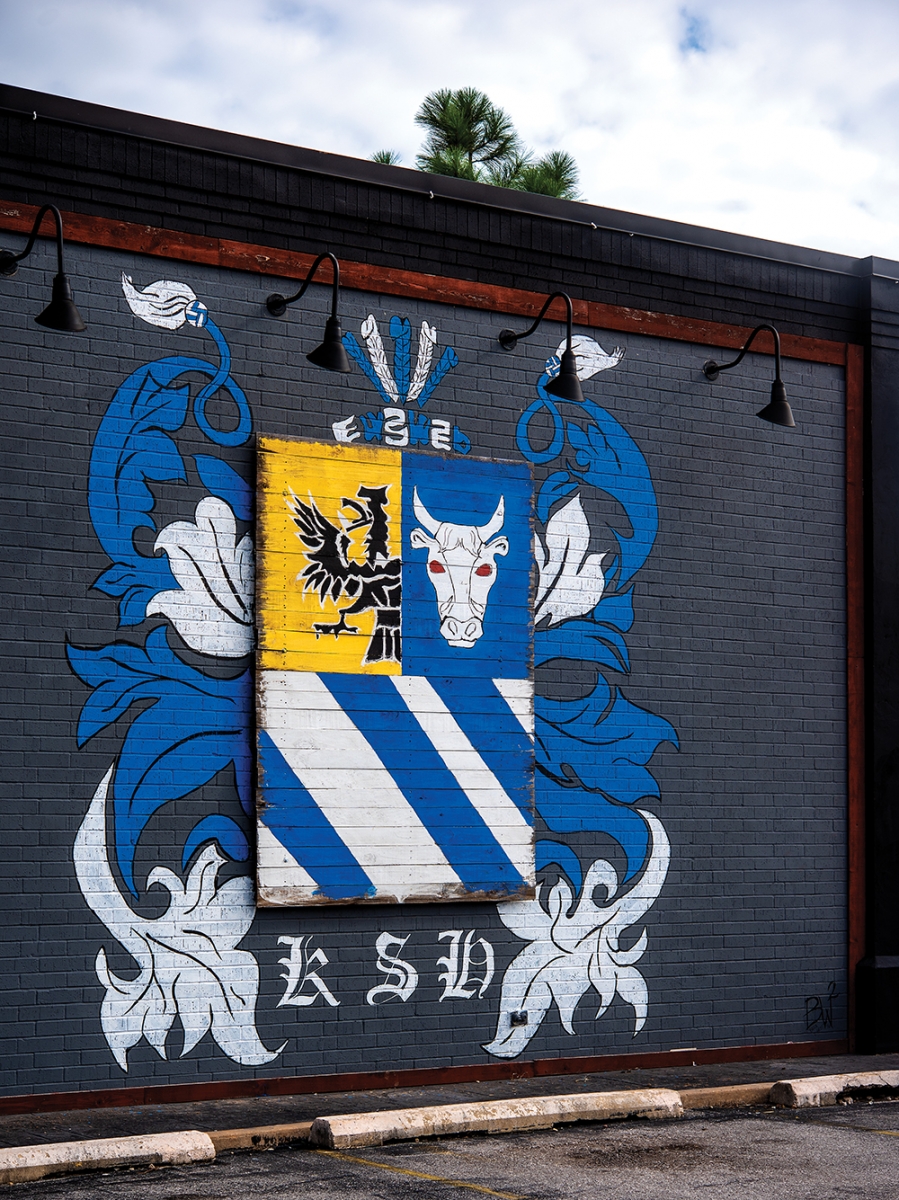 John and Jan Clem, both formerly in the dental profession, shared a dream of sharing his smoked meat prowess with the world. They thought they could make a go of a restaurant, but decided to test the waters first. So a few years ago, they started a catering business, which was and still is a success, then launched a food truck. When it also acquired an enthusiastic following, that was the vote of confidence they needed, so they found a brick-and-mortar spot on N Broadway and began serving up their wares. And throughout the process, they’ve played up their hook. Both food truck and restaurant display the name Klemm’s Smoke Haus (note the spelling), a stylized coat of arms and the motto “Little Bit of Germany; Whole Lotta BBQ.”

If someone asks, “Hey, you want to go try that German barbecue place up in Edmond?” you might think, “Wait, German barbecue? How does that work?” but your reply should be “Absolutely,” because the answer is “Deliciously.”

Aside from a couple of menu entries such as bratwurst and some of the best jaegerschnitzel I’ve ever had (you rarely find the breading so light and fresh), the ethnic influence mostly manifests itself in smaller touches. The mustard is German, for example, as is the red cabbage and apple slaw – their vinegary version of the traditional condiment was intended solely as a topping for sandwiches such as the enormous pulled-pork-and-bacon Jowler, but popular demand convinced them to offer it as a side dish, as well. Overall, the menu doesn’t look that different from other rib-and-brisket spots. “We do have German dishes, but it’s a barbecue restaurant,” says Jan. 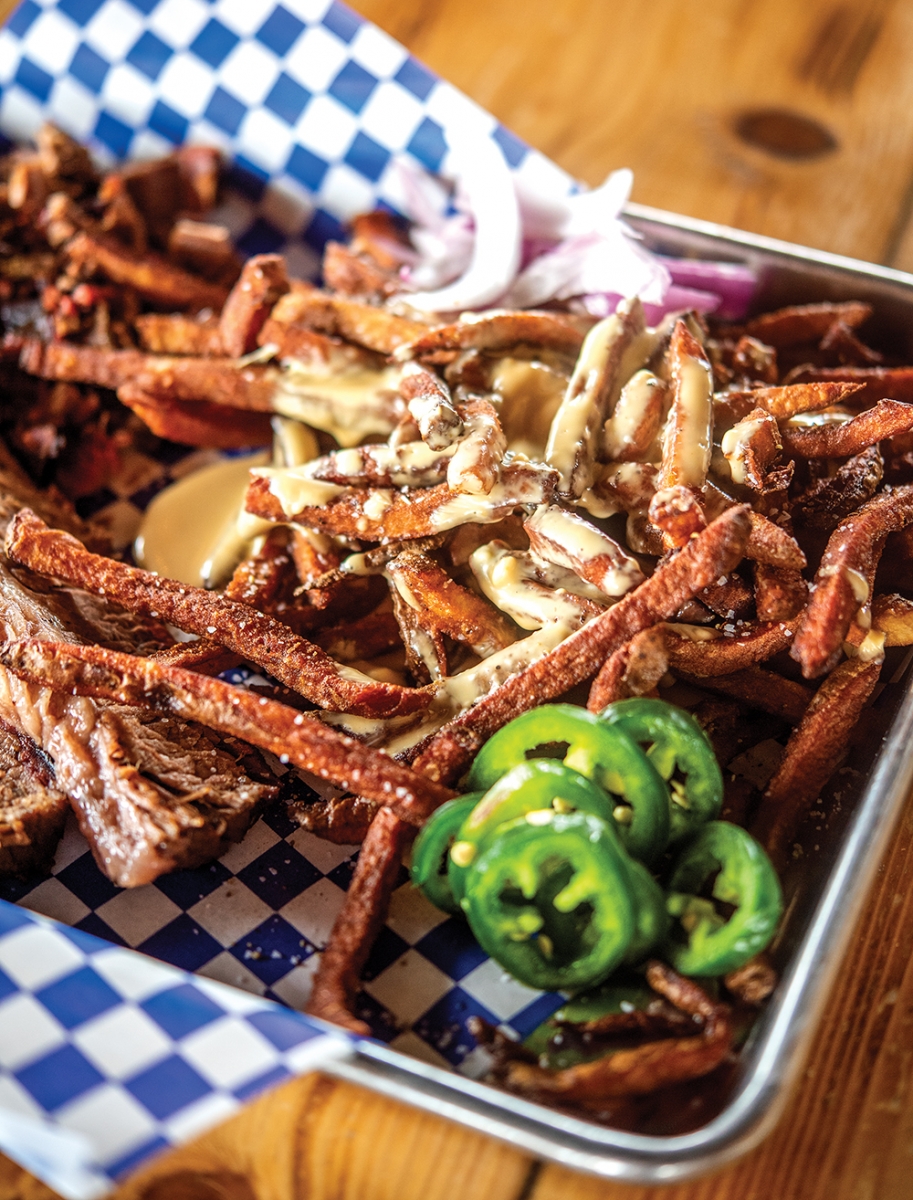 If the German flair helps them stand out in a crowded market, that’s all to the good, but while the Deutsche dishes are a nice touch, it’s the execution and care that truly sets Klemm’s apart.

John comes from a family of artists, and his craftsmanship and constant pursuit of perfection – while it occasionally leads to disagreements with suppliers – noticeably elevate the results coming out of his kitchen. From butchering the St. Louis-style ribs themselves to ensure a proper trim to fine-tuning the breading on the fried okra (“It took us about nine months to get the recipe exactly right,” says son J.J.), almost everything is made from scratch in-house, and every detail is the result of careful consideration. Jan even asked us about our sauce preferences during the photo shoot; their thick, dark, molasses-heavy recipe is just what I like and helped the pulled pork considerably, but the tender brisket hardly needs any and the ribs are absolutely top-tier exactly as they come out. 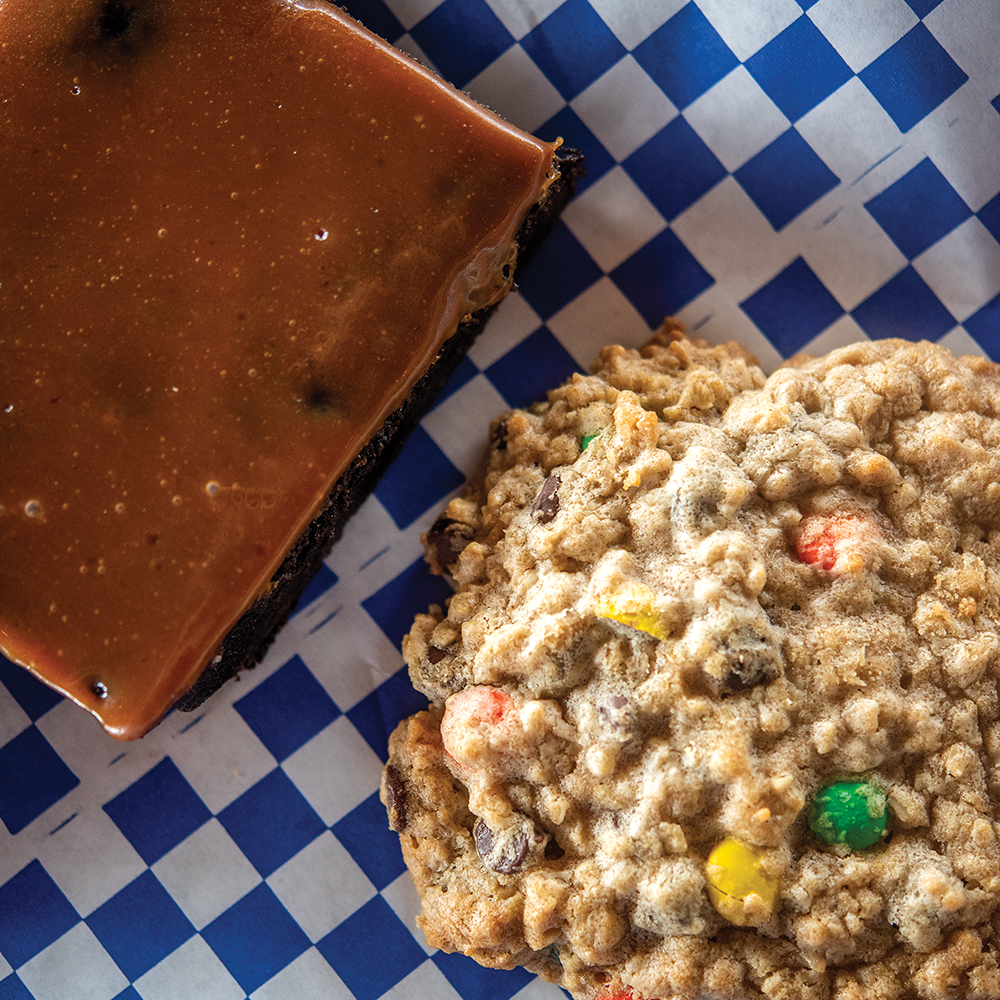 Even the dessert menu’s dense, chocolate-packed salted caramel brownie or giant peanut butter cookie are borderline irresistible. “People who say they don’t even like banana pudding tell us they love our pudding,” says Jan.

The restaurant has the rustic, wood-heavy vibe you find in many barbecue places, but the abundant natural light (three walls are windows) gives it a spacious, airy atmosphere that keeps it from feeling too crowded even during the lunchtime bustle. And if you’re digging the cooler temperatures of October, there’s quite a bit of room in the enclosed patio to the north.

You don’t have to be a huge fan of German cuisine in order to enjoy a trip to Klemm’s Smoke Haus; it’s worth a trip, or several, purely on the strength of its well-executed barbecue. But given that’s it’s still Oktoberfest for a few more days … well, as it says in bright yellow on one corner of the menu, “Prost, y’all!”