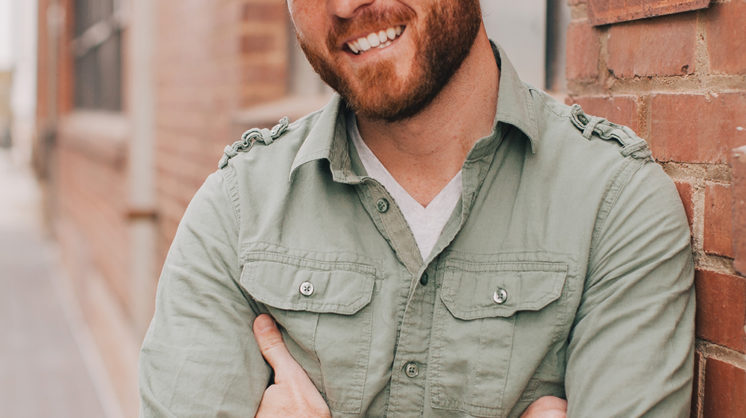 Reckless Abandonment Pictures is hidden inside a massive brick building half a mile from downtown. Nestled between the train tracks and the highway with a spectacular view of the city, it’s the perfect setting for a superhero movie.

Luckily, Kyle Roberts makes superhero movies. His first feature film, 2014’s The Posthuman Project, was a coming-of-age superhero tale that used superpowers as a metaphor for adolescence. The film dazzled at festivals around the world, racking up 14 major awards, including Best Director at the Orlando Film Festival and Best Oklahoma Film at the deadCenter Film Festival. It also introduced Roberts to the San Diego-based Comic-Con, the world’s largest comic and pop culture festival.

“I started reading comic books and hearing about Comic-Con when I was 10,” Roberts says. “To be invited to screen our Oklahoma-made superhero film at Comic-Con alongside massive, blockbuster Hollywood films was a dream come true.”

Roberts followed up The Posthuman Project’s success with two superhero short films, Heroes of the Realm and The Bulleteers. Last year, he screened the pilot to a comic book-based web series called The Grave. In between superhero films, Roberts stays busy directing and producing stop-motion animation projects, leveraging the success of each film project to drive more paid work into Reckless Abandonment Pictures.

Comic-Con is a key part of his success – thanks to meetings he arranged there, Roberts landed several projects from major clients for Reckless Abandonment Pictures. DreamWorks hired them to create a series of stop-motion animation webisodes for the motion picture Trolls. Illumination connected them with projects for Lego. And Tongal booked them for two stop-motion animation series for Mattel’s “Thomas & Friends.”

“People buy into passion,” Roberts reasons. “And I’ve got loads of it. I love being able to create films and animated series right here in Oklahoma with all of these great artists, casts and crew members.”
Next up, Roberts is working on a feature-length film called What Rhymes With Reason. It is a faith-based film inspired by the Book of Job, set in a modern high school.

“The goal is to tell the tragedy of Job against a backdrop of modern teenage life, constantly surrounded by social media,” Roberts explains. “It is a fresh take on the age-old questions: Is there a God and, if so, why are these things happening to me?”

Roberts promises the film will not be as heavy as the premise. It will include all of the action and excitement of his superhero movies, infused with the faith that has guided him throughout life. He shared it for years through non-denominational mentoring organization Young Life, appreciating its approach of providing support rather than dictating belief.

“What Rhymes With Reason is an extension of that kind of faith,” Roberts says. “It’s not about preaching. It’s about asking questions, listening for answers and figuring out how we can build each other up to get through life together.”

Exiting the Reckless Abandonment Pictures studio half a mile from downtown, I’m reminded of all the superheroes in my own life that make the world better for everyone around them. Oklahoma is truly fortunate to have an everyday superhero like Kyle Roberts.