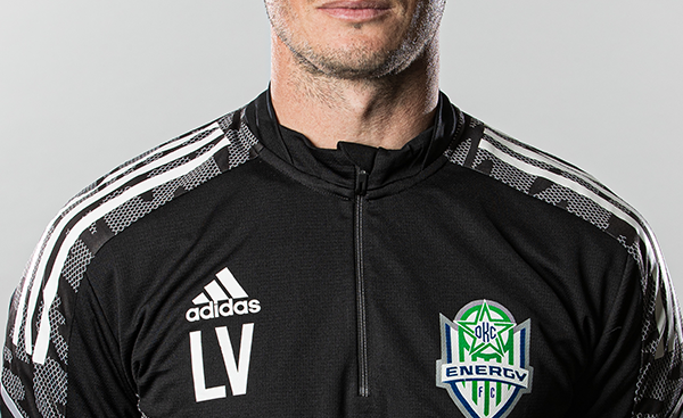 As Oklahoma City’s Energy FC approached the middle of its season, players were afforded new opportunities once Leigh Veidman took over as interim head coach. As a child, Veidman’s passion for the game of soccer was unmatched. He grew up in Liverpool, England, and played for the youth academies at both Liverpool FC and Everton FC. Veidman joined the Energy FC from Fresno FC last year as assistant coach.

Jumping into the position head-first, Veidman expressed his excitement, saying, “Energy FC has a rich history in the USL and has always been known as a top club in the USL Championship, so when the opportunity came for me to work for this club and wear this badge, it was an extremely proud moment which I am eternally grateful for.”

Instead of focusing on hardcore drills and strictly work, Veidman prefers a different approach to coaching. “It’s always important for me to look at our players as people first,” he said. He encourages aspiring soccer stars to simply “have fun” with their love of the sport. When it comes to a new coaching style formed to benefit each player individually as well as staying connected throughout the community, Leigh Veidman has already taken the reins.

Veidman looks forward to helping young players develop a passion for the game that goes beyond scoring goals. “The youth are the future of our game, so it’s imperative we invest in them,” he said. “My coaching philosophy is a combination of working hard, being a good person, and creating a team that I would want to watch as a supporter, as well as a team I would want to play on personally.”

At only 33 years old, Veidman still brings a ton of experience to the task of coaching. He has coached at Fresno FC, FC Boulder, the Des Moines Menace of USL League Two, and Midland University in Nebraska. He played seven years in the USL for the Toronto Lynx, Des Moines Menace and FC Boulder. He inherits a club with an inconsistent balance of wins and losses, but he is determined to challenge his players to reach their full potential.