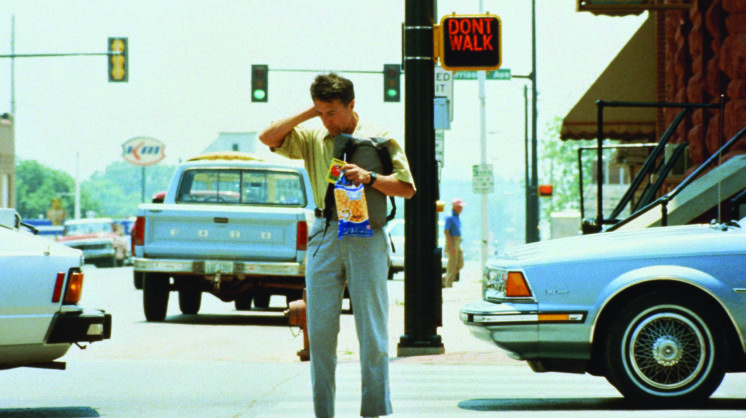 Twister: For the tiny town of Wakita, just south of the Kansas border, being hit by the tornado in the 1996 movie Twister proved the adage “Ill blows the wind that profits nobody,” (Shakespeare, Henry VI). A number of downtown buildings stood empty, victims of a damaging hailstorm in 1993, but the town got a $100,000 windfall when the movie crew offered to demolish the derelict buildings – free – to simulate tornado damage. While the stars of the film were Helen Hunt and Bill Paxton, practically the entire town was involved in some way before the movie was finished.

Fans of the disaster movie will enjoy visiting the small Twister Museum, which is packed with movie memorabilia. The curator, Linda Wade, regales guests with stories, home movies and videos of the town’s time in the spotlight.

Rain Man: Guthrie played a small but memorable part in the 1998 film about the cross-country journey of two brothers played by Tom Cruise and Dustin Hoffman. In the movie, Cruise stops in Guthrie to consult a psychiatrist about dealing with his autistic brother Raymond, played by Hoffman. Local residents played interesting, if inadvertent, roles in this segment. 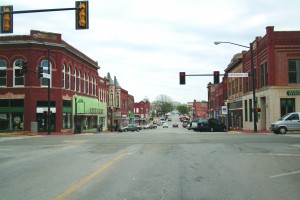 The late Jack Cope (Oklahoma City) had won a walk-on part at a charity auction. His character was supposed to drive a pickup through downtown Guthrie when Raymond ties up traffic by stopping in the middle of the street. The director asked Cope what he would do if that happened in real life. His answer: “I’d yell, ‘Hey, dipsh**, move it!’” The director loved it and directed Cope to do exactly that. Thanks to that decision, Cope got a line and a credit in the movie.

The late Byron Cavnar also had an “extra” spot in the doctor’s office. While waiting for the call “Action,” Cavnar began talking about the history of the Pony Express. It was such a natural conversation, director Barry Levinson signaled the cameraman and Cavnar, too, wound up with a credit.

The Outsiders: The 1983 movie was an adaptation of Oklahoma native S.E. Hinton’s young adult novel about rival gangs from different sides of the Tulsa tracks. Viewers will have no trouble recognizing Will Rogers High School or the Admiral Twin Drive-In. Most significant is the house where, in the movie, the Curtis brothers lived. Hip-hop artist Danny Boy O’Connor, a big fan of the film, purchased and restored the property – creating the Outsiders House Museum. It can be visited by reservation on a tour that includes other filming sites. 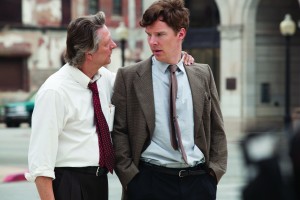 Chris Cooper, left, and Benedict Cumberbatch in Pawhuska during the filming of August: Osage County 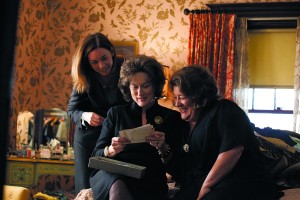 Killers of the Flower Moon: Thanks to the pandemic, the film, based on the best-selling book by David Grann, is on hold. Starring Leonardo DiCaprio and Robert De Niro, the story recounts the discovery of oil on Osage tribal lands, and the murders and misdeeds perpetrated upon the Native Americans to steal the rights and profits. Director Martin Scorsese has worked closely with Osage representatives and has committed to filming the story in its original location in and around Pawhuska.

While these are among the best-known movies filmed in Oklahoma, the actual list is much longer. Thanks to the work of the Oklahoma Film+Movie Office and independent film makers, it’s only going to get longer.