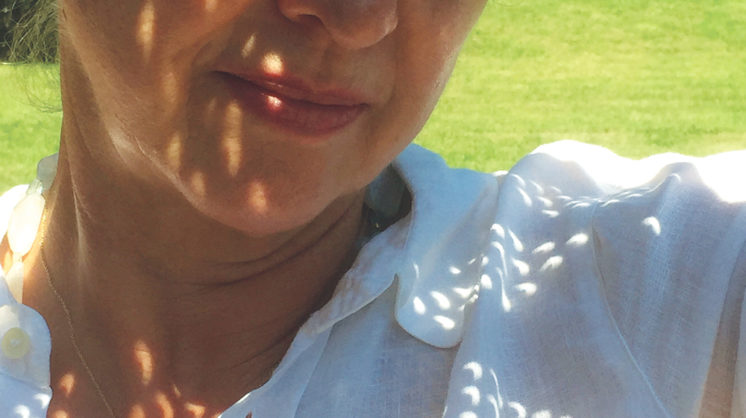 Linda Trippe is a taste maker. For more than 30 years, she has catered sumptuous dinners for the most successful people in Oklahoma. She’s been trained as a food stylist by Martha Stewart. She’s launched and run her own restaurant. And for the past several years, she has designed productions and costumes for the highest profile movies made in Oklahoma.

“I came into the commercial world as a food stylist,” Trippe says. “I had catered for advertising agency Ackerman McQueen, and they loved the way the food looked. When they landed a major food industry client, they asked me to come in and design the food for camera. It went great. Eventually, they allowed me to design the food, the table, the set – and even the costumes.”

Linda’s success with Ackerman McQueen led to a second career in TV commercials. She became the go-to food stylist for local ad agencies and national commercial shoots coming to town. She was constantly working, but when a friend asked her to apply for a major movie coming to town, she was too curious to pass up the opportunity.

“I had never worked on a feature film when I interviewed for The Killer Inside Me,” Trippe recalls. “But the producer felt that my diverse design background and ability to handle stress as a caterer would be a great fit for the production.”

Linda was hired as the on-set costumer. It was a period piece, so the team spent weeks researching wardrobe styles from 1957 specific to western Texas. They created a look book of appropriate styles and did a breakdown of every character, what they wore in each scene, and when those scenes were being filmed.

“You have to have good taste when designing for a movie,” Trippe explains, “but it is equally important to be super organized. Multi-tasking is key. We dressed every actor and extra from head to toe, including period underwear, slips and shoes.

Each of those costumes had to be ordered from a Hollywood costume shop, prepped in the costume trailer, set out for each of the respective actors and altered to fit on the spot.”

Another challenge was keeping track of how each costume would be affected by what was happening in the script. When Casey Affleck’s character ripped off Kate Hudson’s shirt, Linda would sew the buttons back on between each take. When police officers got into a shootout, Linda would sew the squibs or explosives into the shirts of each character to make it look like they were hit by a bullet, and then change their shirts between each take.

After The Killer Inside Me, Linda was offered jobs on several high-profile movies, including Bringing Up Bobby, Yellow, Heaven’s Rain and Thunderstruck – but the biggest opportunity came when she was hired to dress the cast of August: Osage County.

“August: Osage County was a magical experience, because in addition to all of the world-famous actors like Meryl Streep, I got to work alongside many of the greatest crew members in the industry,” Trippe says. “The fact that my daughter Kate also worked on the film was truly awesome.”

After August: Osage County, Trippe was hired to design the production for Light From the Darkroom, a thriller set in Panama but filmed in Oklahoma City. Linda jumped on a plane to Panama and started doing research.

“As soon as I was hired, I bought a guide book and started researching artisan markets around Panama City,” Linda says. “I knew that to get the flavor of the country, I needed to see the folk art, the fruits and vegetables people ate, the fabrics people sold and wore. When we landed, I hired a taxi and went to every market in the area. That night, I held a showing of everything I bought for the director, and he loved it. We used everything I bought that first day in the movie.”

From catering to commercials to Oscar-winning movie sets, Linda Trippe has proven that a girl from Northwest Classen can accomplish anything she desires. Now, she is intent on training and inspiring the next generation of creative souls.

“I just finished a series of short films in Alva, using members of the community in the cast and crew,” Linda says. “The people that showed up ranged from 10 to 64 years old. I was blown away by their enthusiasm and ability to get things done. I can hardly wait until the lights flicker and they see their work splashed across the big screen; that’s when you realize that you are a part of something truly wonderful.”

1 The Art of Styling Your Home
2 NOUN Hotel’s Supper Club Brings Bison and Simple Splendor to Norman
3 Chill Out By Your Outdoor Fire
4 10 Things to Do in OKC This Weekend: September 21-25
5 10 Southwest Side Restaurants You Need to Try Now
6 What’s New This Fall for Visual Arts in OKC?