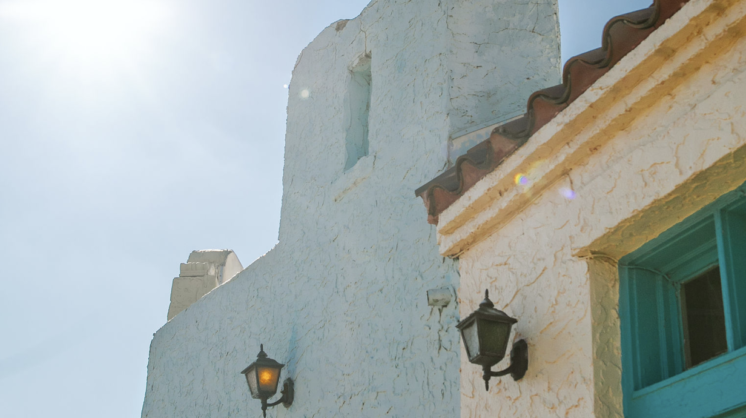 Nearly 500 neighborhoods comprise the Oklahoma City metro area, a geographic space that extends from Choctaw to Yukon-Mustang, and from Edmond to Norman. If large apartment complexes are included, the number goes even higher, much like the numerous reasons people choose a particular living space over any available others. When assessing the neighborhoods and communities we love, we took into account various factors for choosing a home: economics, stage of life, proximity to amenities, quality of schools, family-friendly options, lifestyle demands and a whole host of other contributing reasons we discovered when talking to the people who have chosen a spot in the OKC metro to live.

A neighborhood, broadly conceived, is a cluster of homes or units and the public spaces that knit the community together: parks, streets, sidewalks, schools, houses of worship and businesses. Given that, it’s much easier to focus on distinct neighborhoods in the older parts of the city, and then focus on communities in the outlying areas such as Choctaw and Deer Creek. As a rule, the newer the development, the farther out from the urban core it is and the farther from shopping, arts and local dining. That reality creates a separate set of priorities for choosing a home: close to the fun or close to wide-open spaces and larger lots.

The neighborhoods we love feature an array of options for people who want different things, because a home is the place you love with the people you love, not a specific kind of structure. Several people may think of an apartment as a temporary living arrangement until they can afford a “real home,” but for many urbanites, an apartment or condo is home – period. In talking to people, we discovered that stage of life has as much to do with choosing a neighborhood and structure as any other factor, and that makes sense, especially when upsizing or downsizing based on the number of family members.

Because we kept finding more and more categories to consider, we are focusing on five neighborhoods and communities – and then we tossed in a couple of wild cards that seem to be the kind of thing people would love to be a part of at a different stage of life. Also, more than any other factor for families, schools were cited as the number one priority for choosing a particular area. For that reason, we begin with Deer Creek. 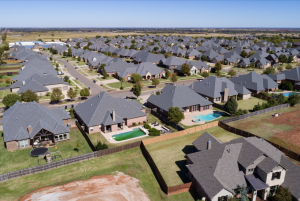 The community on the northernmost edge of the metro is known for its schools. The district was founded in 1921, but was explicitly rural for decades. Even now, large tracts of Deer Creek are undeveloped, and the community exists primarily as a school district. With nearly 7,000 students enrolled in the public school system, Deer Creek is bursting, with no end to transfers in sight. The district is large enough to be part of three different counties, and new developments are scattered throughout all three.

Lorrie Bamford is a vice president and legal counsel for a gaming company. She’s also a recently elected school board member for DCPS, and the proud mother of a young man who just agreed to a college scholarship to play football at Fort Hays State University in Kansas. Her son was her introduction to Deer Creek when he was still in elementary school.

“Aaron was playing with some friends from the Deer Creek Optimist Club, and I kept hearing wonderful things about the schools from football parents,” Bamford says. “I looked hard for a place to move, and we finally found a rental.”

She and her two children lived in the rental until she bought a home in the Summit development. “The only downside to being out here is the 30-minute drive into OKC, but it’s totally worth it. The principals and teachers have been wonderful; they do an amazing job, and the level of parental involvement is unbelievable.”

Deer Creek has added amenities to the community such as the Township of Deer Creek, a common space on NW 179th and MacArthur, used for a farmer’s market, concerts, community events and even goat yoga. The developments, like Summit, The Ridge and The Reserves at Still Meadows, feature large homes on oversize lots, with access to parks, recreation, schools, and – for the southernmost developments – quick access to shopping and entertainment via Memorial. 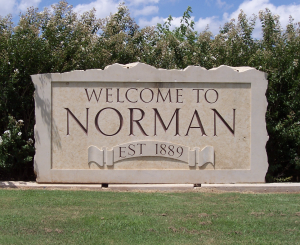 University towns can be a challenge thanks to continuous the influx and outflow of humans semester to semester, and the resultant ups and downs faced by local businesses – but they also present a historical record of architecture and urban development. The Miller Historic District in east Norman is exactly the kind of neighborhood university towns are best at developing. Originally built between 1910 and 1938, the homes in Miller were occupied by professors and community leaders, due in large part to its walking distance from the railroad and OU. The historic district designation helps guarantee that the Craftsman-style and bungalow homes will remain as they are, and the proximity to the university and The Mont (justly famous for swirls and queso on the patio) continue to be a draw. 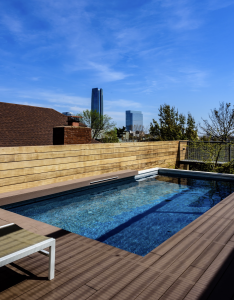 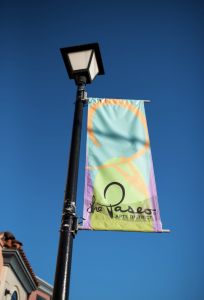 The two best dining and drinking districts in Oklahoma City are located in the urban core. It turns out they both have ample housing, too, and in the case of Midtown, even more on the way. Ryan McMullen, a community developer on the leadership team of the Paseo Neighborhood Association, said he moved to Paseo three years ago and quickly became interested in promoting his new community. 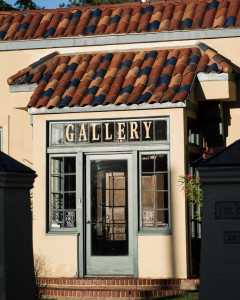 “The neighborhood association had been defunct for a few years, and we had this great group of people who wanted to see it thrive again,” McMullen says.

That group became the core who reinfused the district with energy, and they also chose to treat everyone in the district as a neighbor. “We told people that we don’t care if they’re renting, crashing on a couch or running a local business; they’re part of our neighborhood, so they’re welcome to join us.”

The arts focus of Paseo has been the neighborhood’s identity for nearly 100 years, but recently, Rachel Cope, Shaun Fiaccone and Kim Dansereau have transformed it into a dining and drinking destination as well. Mixed in with the roughly two dozen galleries are some of the city’s newest and best restaurant destinations: Gun Izakaya, Oso and Frida Southwest. 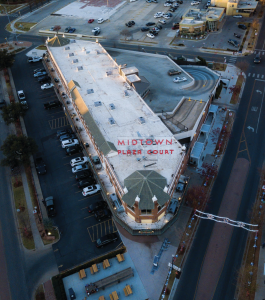 Midtown boasts some of the best dining density in the city via Café Cuvee, The Collective, Ludivine, Stella and many other choices – and the bar scene is hopping, including Barkeep Supply, McNellie’s, OBar and R&J Lounge and Supper Club. More than an entertainment district, though, Midtown is home to the SoSA neighborhood, one of the most interesting architectural neighborhoods in the city, and one with more hypermodern architecture in a small area than any other city in the country. Cantilevered homes – an homage of sorts to Frank Lloyd Wright – sit side-by-side with uber-modern designs, bungalows, Midcentury modern architecture and even the kinds of glass houses that gave rise to the old adage about throwing stones. 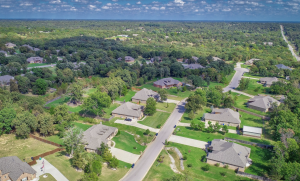 Located just east of the metro, Choctaw was always the place people who lived in Jones went to buy gas or groceries. Now, the city is exploding with growth, made evident in part by the new Starbucks. A quick 10- to 15-minute drive from Tinker’s main gate makes it the ideal bedroom community for military personnel and civilian contractors assigned to Tinker, but it’s also now a destination for people who want large green spaces, access to the interstate and proximity to nature.

Located a mile and a half north of I-40, Asheville is the prototypical new development in Choctaw. A network of trails and winding streets connects large, wooded lots, creating a suburban warren of homes, sport courts and fields, swimming pool, splash pad and easy access to Choctaw Public Schools. 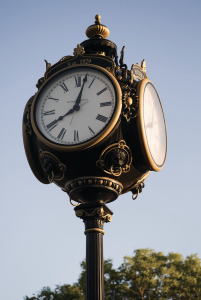 Choosing one quadrant of a sprawling city may not be the best rubric for selecting neighborhoods, but there are some impressive options to be found in this area.

The Village makes the list because it’s a go-to for young families looking for well-made, affordable starter homes in an area that’s close to the cool stuff they loved before they became young families. Situated between downtown and the Memorial corridor, access to dining, drinking, and entertainment is only moments away, including favorites such as La Baguette Bistro, The Hamilton, Sean Cummings’ / Vito’s and Ned’s Starlite Lounge. The homes are old enough that the streets are lined with stately trees, but not so old that it costs a year’s salary to keep them in working order.

Brookhaven is one of those neighborhoods you notice and then do a double-take. If you enter in the west side, almost directly across from the Belle Isle Chili’s, you’ll see a row of concrete-block houses with flat roofs and cacti all over the place, almost as if someone dropped a section of Southern California or Arizona in the center of OKC. The homes were built in the 1940s, and theories as to why the primary material was concrete blocks abound. 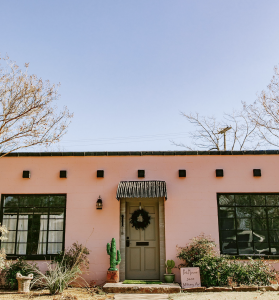 David Glover and his partner Jayne DePanfilis moved into Brookhaven a few years ago, but Glover had been aware of the neighborhood all of his life.

“My mother used to bring us here on Sunday drives when I was a kid,” he says. “The architecture is unique to Oklahoma City, and the neighborhood is storied like Carey Place or other historic neighborhoods.”

One historical note: the smaller of the metro’s two famous – and now destroyed – power plants was in Brookhaven, just north of the concrete block homes. Its sole task was to burn coal to generate enough energy to power the old streetcar.

Finally, no list is complete without Nichols Hills, which manages to keep reinventing itself thanks to visionary developers and a willingness to change with the times. That the neighborhood is also flexible enough to embrace businesses such as The Metro Wine Bar & Bistro and The Olive Tree – both technically on the “wrong” side of Western Avenue to be in NH proper – has made it a shopping and dining destination for many years. The palatial homes have also been a magnet for people drawn to beautiful architecture, and for photographers looking for beautiful backdrops. 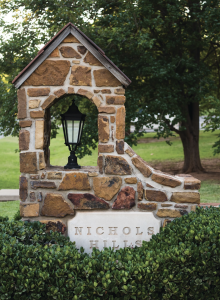 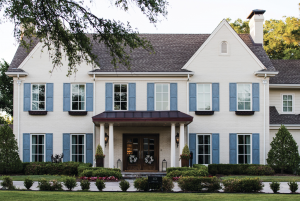 Steven Goetzinger, the mayor of Nichols Hills, said new development in the municipality is focused on an aging populace. “The new development along Cumberland Court features zero-lot-line homes, so that retirement-age residents who can no longer manage or enjoy yard work and maintenance can live in the neighborhood. Traditionally, our lots have been very large, so this is a new feature for Nichols Hills.”