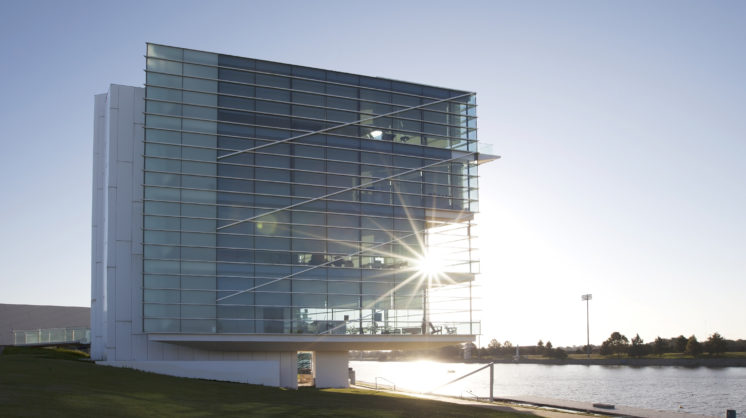 Oklahoma City Mayor David Holt officially began his campaign for Metropolitan Area Projects Plan 4 (MAPS 4) in September, but the omnibus vote to fund 16 civic projects was on his mind months before, when the city began soliciting the public for ideas. The biggest shift in the type of projects included in MAPS 4 over previous initiatives is an emphasis on needs rather than wants, an evolution that Holt said comes directly from the citizens.

“I mean, it feels people-driven, and maybe not surprisingly and not coincidentally, the package itself is ultimately very people-centered,” Holt says in an interview with 405. “You know, 70 percent of the dollars are going to neighborhood needs and human needs, partly because that’s what the people wanted and partly because that’s really, I think, where the needs are in 2019.”

While there are obvious carrots for various interests in the $978 million package — $115 million in improvements to Chesapeake Energy Arena, itself part of the first MAPS referendum; a $63 million fairgrounds coliseum to replace Jim Norick Arena; and a $37 million multipurpose stadium — nearly three-quarters of the line items in MAPS 4 address community issues. Those projects include public funding directed toward homelessness, mental health and addiction, new or improved routes for Central Oklahoma Transportation & Parking Authority (COTPA) bus operations, new and improved sidewalks and bike lanes and a diversion hub to address justice and rehabilitation for nonviolent offenders.

“That is the sort of attention to care we took this time with the proposals in MAPS 4. That proposal … people can say what they will about the process this time around, but I can tell you that, because Mike Dover, the MAPS citizen advisory representative for Ward 2, came and spoke at a MAPS 4 meeting and specified why this senior wellness center had to be different for MAPS 4, that it had to be about the people who need access to it the most.”

The MAPS 4 initiative will include funds from the MAPS endowment that will subsidize low-income residents’ membership in all of the facilities.

Not all line items in MAPS 4 are unilaterally popular. While there has been public pushback on economic development items such as the multipurpose stadium and improvements to Chesapeake Arena, there is also opposition among some citizens to the human needs planks in the MAPS 4 platform. Hamon said she heard such criticism from within her ward.

“The way they put it was, ‘It really seems like we’re just spending on municipal needs rather than big shiny projects,’ and they said it like it was a negative; like it was a bad thing,” Hamon says. “It was an interesting commentary from a very particular perspective, but the way I see that, there are things at the city level that have long been underfunded: infrastructure needs and services to the community like our parks, like sidewalks and complete streets in general that can truly be transformational and make quality of life improvements.”

That division in values is evident at the council level. At the Aug. 20 city council meeting, Ward 5 councilmember David Greenwell called for accountability for programs such as the $50 million earmarked to address homelessness, arguing that outcomes in other cities that implemented such programs were not as successful as supporters suggested. Hamon countered that economic development line items in MAPS 3 were not required to report financial viability or outcomes. She said that when proposals “come from people who say, ‘We're spending tax dollars already over here like this, let's spend them over here doing something more humane,’ somehow we have to give them, like, the third degree?”

Hamon said she stands firm on the human-oriented projects.

“I would argue that a lot of the historical idea about MAPS is that, with these attraction economy projects, we would be increasing our tax base,” she says. “It’s arguable whether that is the case, because so much research shows that cities investing in stadiums and those sorts of things, there’s not a lot of evidence that it increases tax revenue. But I would also argue that in a lot of ways, things like mental health, investment in affordable housing and even parks, it has been proven in other cities that, when you invest in affordable housing, it’s much cheaper to put someone in a home than to have them live outside and have all the public services that it costs to spend on them.”

When Oklahoma City initiated the first Metropolitan Area Projects (MAPS) vote for a penny sales tax to cover civic improvements, the city was still reeling from two decades of disastrous setbacks. The urban renewal effort known as the Pei Plan resulted in the demolition of several downtown landmarks in the 1960s and ’70s, effectively creating what city planners refer to as a “doughnut hole.” When Penn Square Bank failed in July 1982 after years of issuing high-risk loans to energy companies, the cratering of the energy industry and the ensuing economic catastrophe essentially lit the rest of the doughnut on fire.

For years, Oklahoma City seemed to collectively suffer from low self-esteem. Bond issues for infrastructure improvements were notorious failures – voters did not see the importance of parks initiatives or even better streets. It was as if residents had collectively decided that Oklahoma City did not deserve to be better.

“A few years ago, I began researching the city’s history for a book I’m working on about the Sirloin Stockade murders in 1978,” Cooper says. “The real horror for me is the ’70s and ’80s, when we could not, for the life of us, get voters to approve bond elections. When I hear people say, ‘Let’s break up MAPS. Let’s have separate votes for each individual project,’ I worry that too many of us have forgotten or did not live through an Oklahoma City from the ’70s, ’80s and early 1990s. And there’s no way on God’s green earth, as Ward 2’s councilperson, I’m taking Oklahoma City back to 1992. Not going to happen.”

The final straw came that year, when United Airlines passed on locating a maintenance facility in Oklahoma City in favor of Indianapolis, because the airline determined that the Indiana capital offered a better quality of life.

One Vote, One City

While Hamon and Cooper both philosophically oppose civic-funded stadiums and arenas used by private corporations such as sports teams and concert promotion companies, both councilmembers were swayed in part by the MAPS 4 funds earmarked for Chesapeake Arena’s Loud City, the top-level seats most affordable for middle- and lower-income fans. Hamon said she did not want to torpedo much-needed social programs because of her misgivings about business-driven projects.

“I just finally thought that I can’t see us waiting until the next bond election to fight for some affordable housing in that package,” she said. “If my ‘no’ vote on this basic principle would give fuel to the fire of people voting ‘no,’ I can’t go to someone I know who lives outside and say, ‘Sorry, I just think this principle is really important to me when you work 40 hours a week, live outside and can’t access housing.’ I could not square that. I could not look that person in the eye. In this instance, I’m just going to swallow that pill.”

That omnibus approach to civic improvements drew fire in September, when former Ward 2 councilmember Ed Shadid filed an injunction with the Oklahoma Supreme Court to halt MAPS 4. In his petition to the court, Shadid’s attorney, Jay Barnett, claimed that MAPS violates Article 5, Section 57 of the Oklahoma Constitution, which calls for pieces of legislation to contain only one subject. Holt said the process works, and economic development initiatives that keep Oklahoma City competitive will help drive social programs in future MAPS iterations.

“The up-or-down vote has been intrinsic to the model since the beginning,” Holt says. “It ensures that a broad spectrum of priorities are met. Like everybody, I just want to pay for the stuff I like and not the stuff I don’t like, but that’s not really how this whole thing works, this thing called society. If your priorities are addressed, I think you have to accept that other peoples’ priorities are being addressed, or else we can’t really function as a society.”