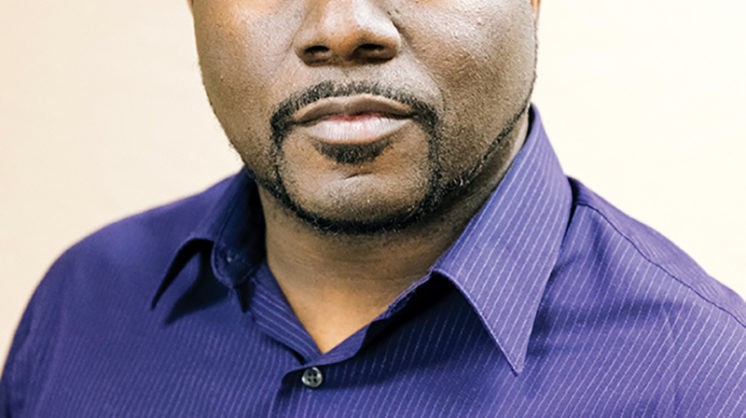 Long Before He Became A Purveyor Of Artistic Expression Through Film And Music, Oklahoma entrepreneur Marcus Hayes found inspiration in some unlikely places for a school-aged boy, including the empty wine bottles he collected for the art on their labels.

Next month, Hayes will turn a spotlight on the creative inspiration he’s found among the dozens of film entries to premiere in the Oklahoma Urban Cinema Festival, which debuts in Oklahoma City April 10-12. The festival founder took a screening intermission this month to tell us
his personal storyline.

Are you a native Oklahoman?

I was born in Houston, but I grew up in Oklahoma City.

Where did you go to high school and college?

How did you become the man with the plan for the Oklahoma Urban Cinema Festival?

I envisioned it about two years ago and brought in a few others to help because I think this state is the perfect place for events like this. Plus, I’ve always been a lover of music and films, and I really like to help cast a wider net for talented people to get noticed.

What is it that makes your observation spot-on about Oklahoma?

There’s so much opportunity for creative minds here. When you have ideas here, you can grow them and stand out.

How do you define urban in the name Oklahoma Urban Cinema Festival?

A lot of people associate the word “urban” with “African-American,” but this festival is not so much about African-American themes as it is about urban subjects. Urban life, urban stories.

One of the short film entries we screened tells the story of a daughter whose mother has dementia. As the story unfolds, we see the mother losing herself figuratively and literally – to her mental condition and in the streets of a big city. She no longer knows how to find her way back from either state of existence.

What is your regular profession?

If you weren’t entrepreneuring, what profession would you have?

There is no Plan B. I think I have to be an entrepreneur to create my own experience, and this film festival is a step in that direction. I see it as my “job” to help create our state’s culture. We have to contribute to make this a place we want to live. I’d love to own a multimedia enterprise someday.

What’s the best decision you ever made?

In 2001, I moved to L.A. to be a writer, and it didn’t work out. I felt defeated and came back to Oklahoma. Three years later, I ran for mayor of Oklahoma City! Coming back to OKC was the best decision because of amazing experiences like that and like this festival.

You ran for mayor?!

Do you have siblings?

Three boys! Your mother must be a saint! What lessons did your mom teach you?

Number one, to read. That saved my life. She taught us to speak and present ourselves well. She taught us early to respect women. She had an amazing work ethic.

Do you credit your mother with your creativity?

She has always been my creative muse. When I was young, she never bridled my creativity. I used to bring home empty wine bottles because I thought the labels looked so pretty! I’m sure that was confusing.

I’d like to get married and have a family. I’d like to be the dad who is there for everything for my kids. I also have a dream of creating a charter school for boys in underserved communities.

I read a book about how we, as a community, “lose” boys around the third grade in these communities. I think it’s about instilling some positive ideals early for boys who don’t have strong mentors in their lives, such as respect for others, respect for girls and women, respect for the sanctity of the school.

Do you have any phobias or superstitions?

I have a fear of the unknown. I don’t like being vulnerable to be taken advantage of. The upside is that it makes me an enthusiastic reader. I want to learn as much as I can about everything.

What does your life look like five years from now?

If I’m not the owner of a cable network, I will be doing what I’m doing, growing the business. Maybe the charter school will be operational and successful, multiplying its successes a hundredfold. Whatever I’m doing in five years, I want to be empowering people through visual arts or in the kind of meaningful ways that move communities forward.