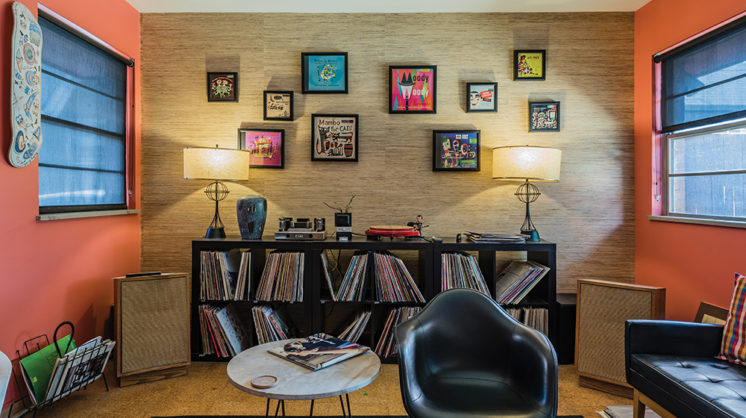 In 1998, a young designer named Matt Goad lived in a garage apartment in Oklahoma City’s historic Edgemere Park neighborhood. He had landed a job at a big ad agency, and every day when he drove to work, he passed a certain house that caught his fancy. To say Goad is a fan of great design is an understatement. He was, and is, especially fond of a style that is all the rage these days, but had not yet recaptured the public’s imagination in the late 1990s: Mid-century modern. 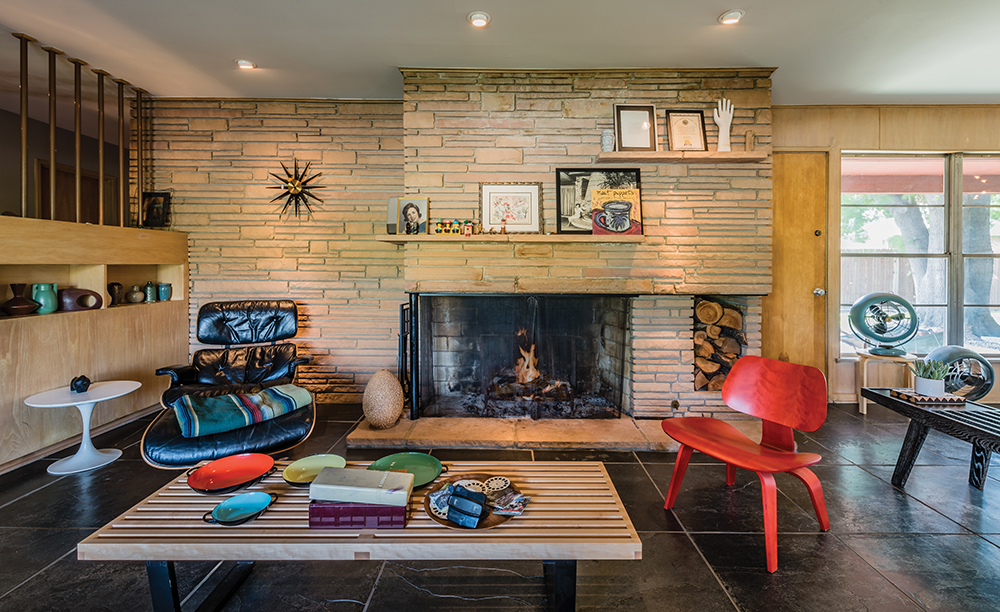 “Music is a huge part of my life. I grew up in a musical family, and I have been making music since I was 18 or 19. I had a paper route when I was 11 years old; I saved for a year and bought an electric guitar. My mom bought me the amp – I didn’t know you needed an amp!” In Goad’s study, his vast collection of albums and movies serves as entertainment and inspiration.

“This house had been for sale for at least a year,” Goad says. “I came in to work one day and talked to my boss, and he said to call. So I called and went to look at it. I knew when I walked in and saw the fireplace – two steps in and I knew I wanted to live here.” 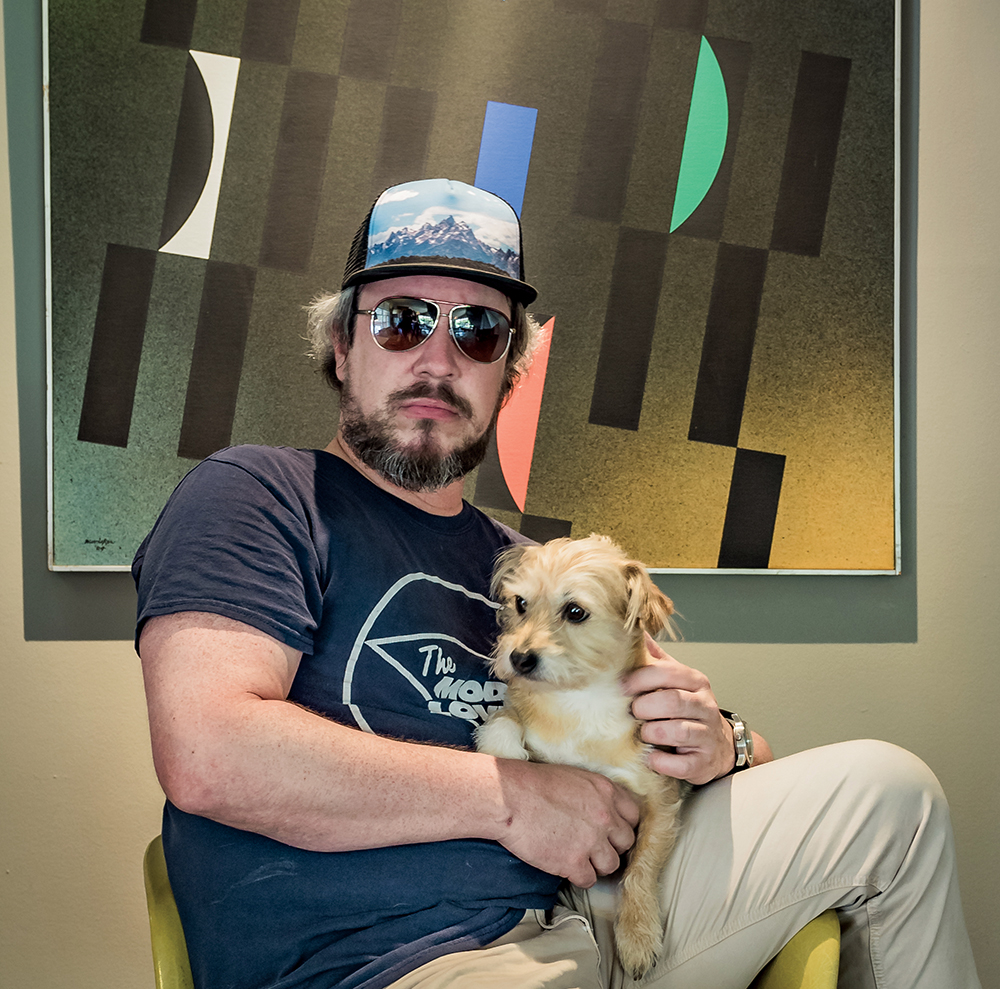 He’d called Arizona home during his teen years, but before that had lived in eight separate states before he was 10 years old. “I spent my adolescence in Arizona. I think of it as home. I’ve lived in Oklahoma longer, but the desert will always have a piece of my heart,” Goad says. He feels that his time in the desert southwest informed his aesthetic sensibilities. “Good design is about function. Whether people realize it or not, people are surrounded by good design. Design is ever present, whether good or bad. I live my life fighting against bad design.”

Goad thinks of himself as an artist and designer, who also plays music. “I would describe my style of art as geometric, hard-edged and very colorful. I am a big fan of composition, and of a little story being involved in it.”

Through his company, Goad Abode, he’s created work many will recognize, including the logos for the city of Edmond, Oklahoma City’s Film Row district, Midtown Vets, the Keep Our Land Grand anti-littering campaign and Midtown Dog Park. “Branding and logos are the cornerstone of my career,” he says. 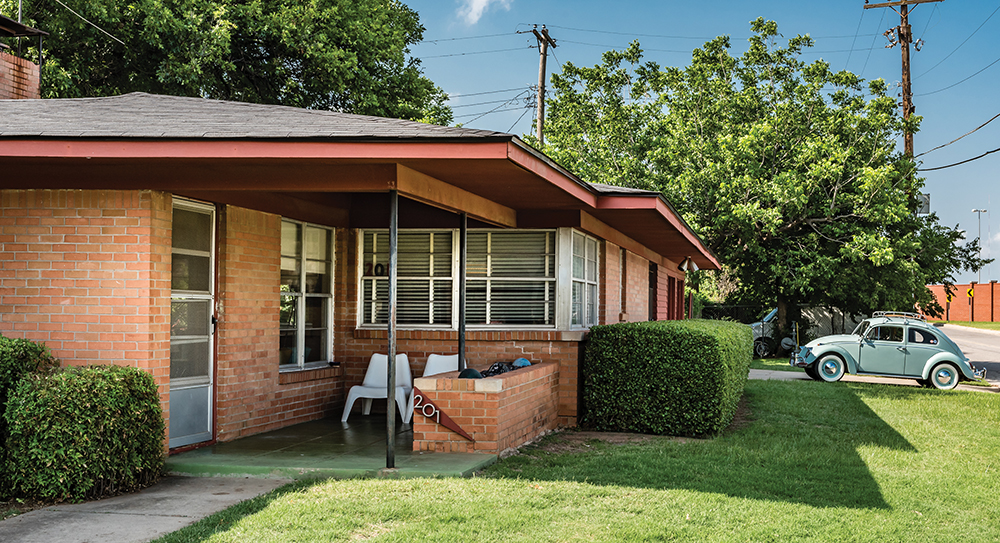 The house has a story of its own to tell. It was once owned by Aristotle “Johnny” Papahronis, whose iconic restaurant Johnny’s Lunch Box occupied a spot on Sheridan from 1929 to 2012 – just west of the Devon Tower once it was built. Many of Johnny’s beloved recipes were devised at what is now Goad’s abode.

“I love the history, and I love design. You can keep the spirit of a way of thinking, and a community, alive in a way,” Goad says.