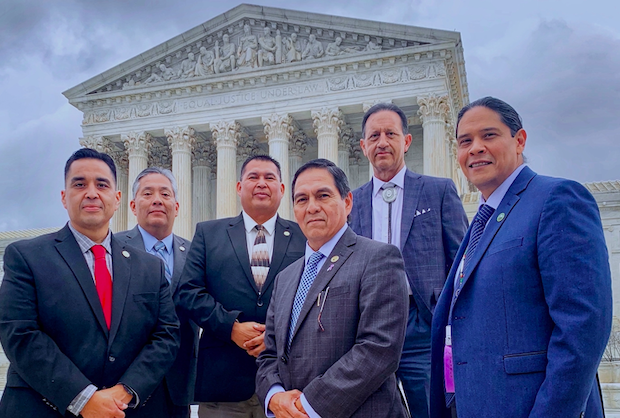 Oklahoma and its Native tribes operate at a tangled intersection of law, culture and a history of broken promises and distrust. But a U.S. Supreme Court ruling on a series of crimes committed on tribal land is shifting discussions over the future of tribal sovereignty involving the Five Civilized tribes, consisting of the Choctaw, Chickasaw, Cherokee, Creek and Seminole Nations, and the state of Oklahoma.

The Supreme Court’s July 9, 2020 ruling in McGirt v. Oklahoma concluded that tribal lands and jurisdiction granted to the Muscogee (Creek) tribe in an 1866 treaty were never disestablished by Congress, therefore the tribe retains jurisdiction in criminal cases that, until now, have fallen under the state’s purview. 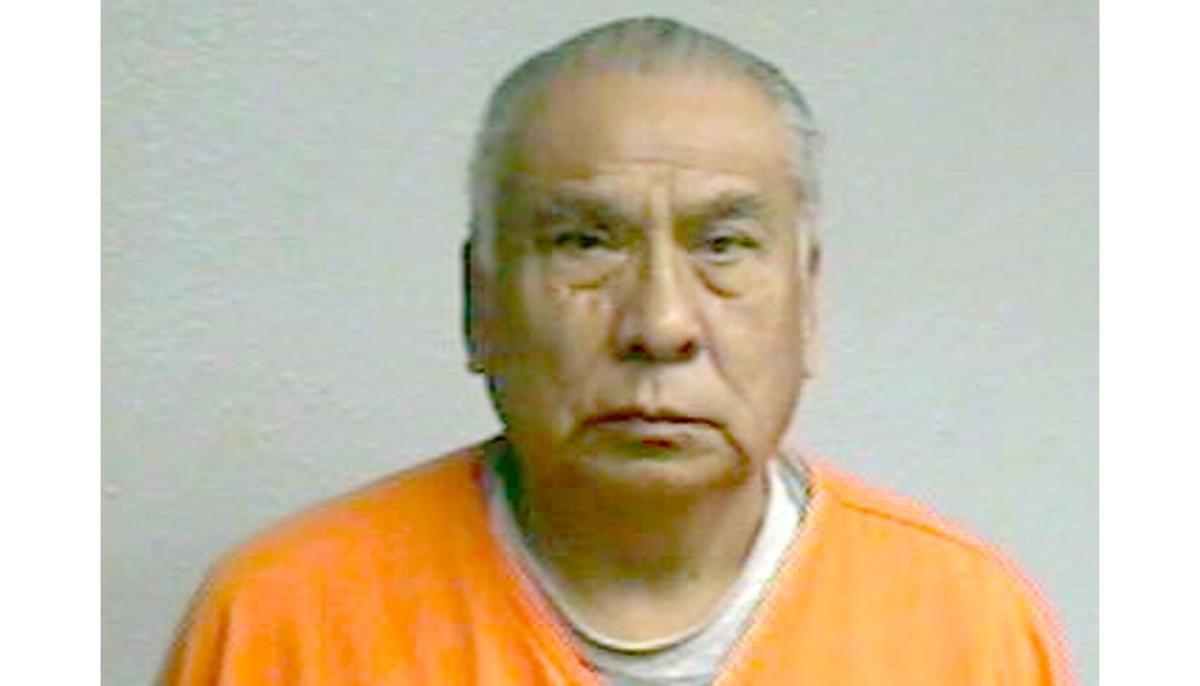 The McGirt decision came on the heels of a similar case, Sharp v. Murphy, that asserted the Muscogee (Creek) Nation’s authority over major crimes. Due to Justice Neil Gorsuch’s recusal, the Sharp case remained deadlocked. It eventually was used as a template for McGirt v. Oklahoma, in which Jimcy McGirt, an enrolled member of the Seminole tribe, was seeking an appeal in his conviction of three sex crimes committed on Muscogee (Creek) lands. McGirt was sentenced in 1997 to life in prison without the possibility of parole by the Oklahoma Court of Criminal Appeals in Indian Country.

In a 5-to-4 decision, the Supreme Court ruled in favor of McGirt, with Gorsuch delivering the majority opinion of the court as follows: “The federal government promised the Creek a reservation in perpetuity. Over time, Congress has diminished that reservation. It has sometimes restricted and other times expanded the Tribe’s authority. But Congress has never withdrawn the promised reservation … If Congress wishes to withdraw its promises, it must say so.”

This ruling applies to those currently convicted under state law and to future tribal members who may be arrested for crimes included in Oklahoma’s Major Crimes Act, including murder, manslaughter, rape, assault with intent to kill, arson, burglary and larceny. As a result, thousands of cases that were adjudicated in state court are set to be reviewed by federal courts.

The effect of the decision felt instantaneous to those directly involved in the case’s aftermath. For citizens of the Five Tribes, specifically the Muscogee (Creek), the Supreme Court affirmed the tribe’s position that jurisdiction inside Indian Country belongs to the sovereign nations of each tribe.

“The decision affects every Muscogee (Creek) citizen very emotionally because it’s a promise kept of a homeland – that we have jurisdiction over land that had wrongful jurisdiction for over 100 years,” said Jason Salsman, press secretary for the Muscogee (Creek) Nation. “I’m not finger-pointing, that’s just a matter of fact. The state was acting lawlessly in the fact they didn’t have the jurisdiction over the reservation. There’s been over 100 years of a broken system that wasn’t supposed to be in place, and it’s going to take a lot to fix that, but you can’t do it overnight.”

Although the McGirt decision is confined to the Muscogee (Creek) Nation, Native American tribes have watched reverberations from the ruling play out in lower courts throughout Indian Country.

Oklahoma’s remaining four of the original “Five Civilized Tribes” – those that were removed from their ancestral lands on the East Coast to assigned reservations in Oklahoma – are seen as ground zero for tribal challenges to existing laws. Since the McGirt ruling, the Chickasaw, Cherokee, Seminole and Choctaw Tribes have seen a succession of rulings coming out of the Oklahoma Court of Criminal Appeals that have overturned convictions and buoyed their position on tribal jurisdiction.

“Since the McGirt ruling came down, we essentially sharpened our pencils, rolled up our sleeves, and started looking at how to start investing in aspects of the tribal government to catch the football when it comes our direction,” said Stephen Greetham, senior counsel for the Chickasaw Nation of Oklahoma.

That moment came on March 11, 2021 with Bosse v. State – an Oklahoma Court of Criminal Appeals case in which the conviction of death row inmate Shaun Bosse was overturned, applying the tribal sovereignty precedent of McGirt.

Chickasaw Nation Gov. Bill Anoatubby responded to the Bosse ruling, “Our hearts remain steadfast with the family this man victimized. We are in communication with the United States attorney and appreciate his assurance that federal charges will be timely filed. We will continue our efforts to see justice done for the victim’s family.”

Bosse, who was sentenced to death in 2012 for the murders of three Chickasaw Nation members on tribal land, is set to receive a new trial. The Oklahoma Court of Criminal Appeals recently rejected Oklahoma Attorney General Mike Hunter’s claim that the state also had jurisdiction over the Bosse case. At the time of this reporting, Hunter is asking the court to reconsider.

“When we celebrate McGirt, we celebrate the intellectual honesty and principle that the court brought to bear in construing travel treaties and federal Indian law. We don’t celebrate what it means for the individual case, and Bosse illustrates that,” Greetham said.

During the McGirt case, Hunter advocated for the opposite position, a stance best summarized by the dissenting opinion of Chief Justice John Roberts, “As the Creek, the State of Oklahoma, the United States, and our judicial predecessors have long agreed, Congress disestablished any Creek reservation more than 100 years ago. Oklahoma therefore had jurisdiction to prosecute McGirt.”

Since the case’s decision, Hunter wrote in a series of statements to 405 Magazine that the state’s position is to ask Congress for “federal legislation to allow for optional compacting between the state and the tribes on criminal matters.”

In response to how the state and tribes have cooperated in terms of criminal jurisdiction since the McGirt decision, Hunter said, “The state, local governments, the federal government, and tribes have all cooperated by entering into cross-deputization agreements and doing their best to ensure smooth transfer of criminals between state custody and federal or tribal custody. In addition, the Cherokee Nation and Chickasaw Nation have joined our call for federal legislation to allow compacting between these tribes and the state on criminal jurisdiction issues.”

Hunter and those who opposed the McGirt ruling, have expressed concern over a growing number of cases to be retried, straining already thin federal resources, and “the re-victimization of victims, who have already endured one trial by the state,” Hunter said.

In addition to consequences arising from criminal cases, McGirt has become the catalyst for new questions concerning civil jurisdiction for the tribes.

Lindsay Robertson is the faculty director for the Center for the Study of American Indian Law and Policy at the University of Oklahoma College of Law. Robertson said the immediate impact is on the criminal jurisdictional side, however, McGirt’s effect on civil jurisdiction could be in the works.

“If McGirt is to apply on the civil side as well, the impact will be felt more broadly for some people,” said Robertson. “For instance, Muscogee (Creek) tribal citizens who live in the Muscogee (Creek) Nation will find that those who have regulatory authority in some instances will now be the tribe and not the state. This might be things as mundane as where to get a car tag or where to pay income and sales taxes to. Those are issues that will be worked out as the question of civil jurisdiction is resolved.”

Robertson acknowledges that Oklahoma has been a model on the national level for state-tribal relations, referencing years of inter-communal compacting in a variety of jurisdictional gray areas.

“Because of that practice, I think that the state, federal and tribal governments will hold to this sort of relationship,” Robertson said. “If anybody could do it, we could come up with some sort of a jurisdictional solution that works; and I’m sure this could serve as a national model when it comes to these sorts of resolutions.”

Talks of civil jurisdiction among the tribes have sparked debate on a number of issues including tribal gaming compacts and taxation. Most legal experts agree that civil jurisdiction is something that has the potential to be discussed in the near future. In the meantime, tribes including the Muscogee (Creek) continue to focus on the implications involving and following McGirt.

“We are just here saying the Supreme Court is right, the reservations were never disestablished, so what can we do moving forward?” Salsman said. “The tribes aren’t pursuing these cases or putting strain on the system. We’re Muscogee (Creek) citizens, but we’re Oklahomans too. We want Oklahoma to thrive like anyone else, and we believe that relationship has to be hand-in-hand.”