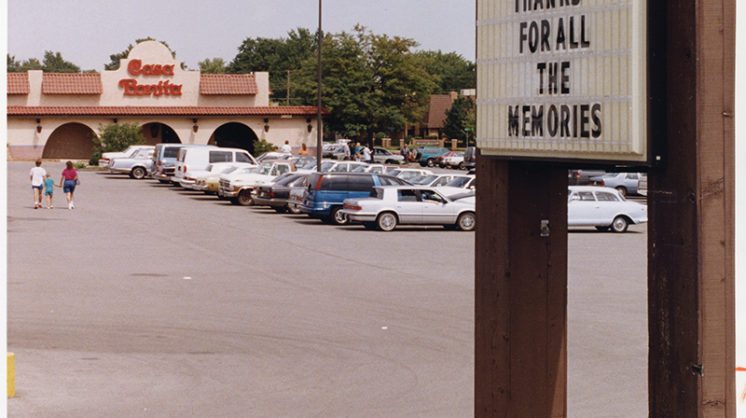 Every Saturday at 7 a.m., Gypsy Hogan would roll out of bed and head to work. With the radio blasting, Hogan and her co-workers at Casa Bonita would roll tray after tray of enchiladas – making it a contest to see who could finish a tray first.

Later in the day when the doors swung open, it was typical to see lines of hungry people waiting to make their way inside, eager for the unending supply of enchiladas, tacos and guacamole.

“The job itself was just fun,” says Hogan, who started working at Casa Bonita in the late ’60s. “I think I was only 14 or 15. I’m told that a person’s first job often sets the stage for the rest of their career; I feel lucky to have had Casa Bonita as my first.”

The restaurant opened in 1968 at NW 39th and Portland, and was an immediate hit. Owners Bill and Francis Waugh decorated Casa Bonita in a fun, tropical Mexican style that was over-the-top compared to anything else in Oklahoma City at that time.

“The Waughs made it over-the-top fun for their employees, too,” Hogan says. “Each year, they had an end-of-school party for all of us, and they’d give graduation presents to those who were finishing high school. They worked right alongside us, treating us all as family, making it incredibly fun to work really hard and to feel like we were a part of making that restaurant a success.”

The “Deluxe All-You-Can-Eat” dinner was the specialty of the house. Diners would go through a buffet line to get their food, and once they were at their table, their server was on the spot with a basket of chips and salsa.

“When they were seated, we would explain that all they had to do was raise this little flag on the table to get more of anything,” Hogan recalls. “They’d raise the flag and a race would begin. I remember customers telling me they came just to see us all working and having fun.”

Eventually, Casa Bonita opened other locations in Tulsa and Denver. The Oklahoma City location remained open until 1993, and the Tulsa location until 2011. Today, the Denver restaurant remains the only Casa Bonita in existence.

Hogan went on from her early start rolling enchiladas to receive a degree in journalism. She has enjoyed a long career as a reporter and editor for various newspapers and magazines, but said she will always fondly remember her days at Casa Bonita.

“I would hope someone has done a management study of places like Casa Bonita to try and capture how to make such a wonderful work environment,” she says. “I have to think it was a key to the chain’s eventual success, and I’m grateful for what a great work experience it was for so many of us. The fact 405 Magazine is doing this story all these years later tells me it wasn’t just [me] who got more from Casa Bonita than a part-time paycheck.”