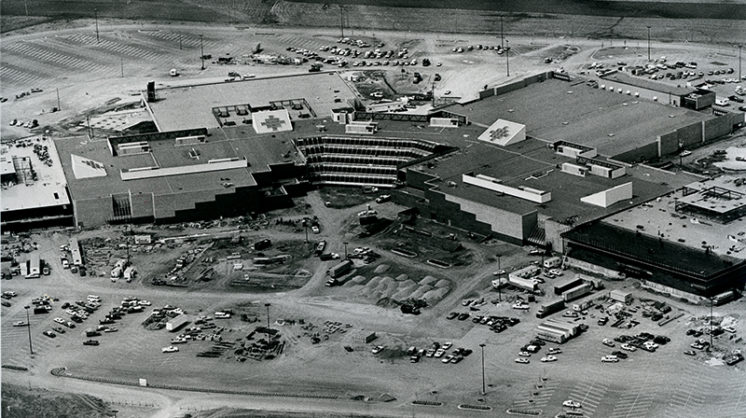 “No one in their right mind would go shopping in a cow pasture. Who will drive all the way out there?”

That was the typical sentiment among 1980-era Oklahoma City residents when they learned a new shopping mall was being built “way out” on Memorial Road. After all, the surrounding area was mostly desolate farmland with overgrown brush and the occasional blowing tumbleweed.

But it didn’t take long for Quail Springs Mall to catch on. The new 1,115,000-square-foot shopping center opened with much fanfare on March 1, 1980. All three levels were packed with onlookers as Quail Springs officially opened to the public.

Prior to its opening, residents in north Oklahoma City either shopped at the (then) open-air Penn Square or the enclosed Shepherd Mall. For all intents and purposes, in 1980, anything past NW 122 was considered out in the boondocks.

“It was remarkable the mall had any traffic at all,” says Jack Gallemore, who began working at Quail Springs while he was still in high school in early 1981. “But people came and it was very busy. Since it was new and there were a lot of unique stores in the mall, it was constantly packed. I remember the Christmas of 1981 was extremely hectic with all the shoppers, and the food court was just packed tight with people. So even though it was a bit of a drive for some, people came to shop.” 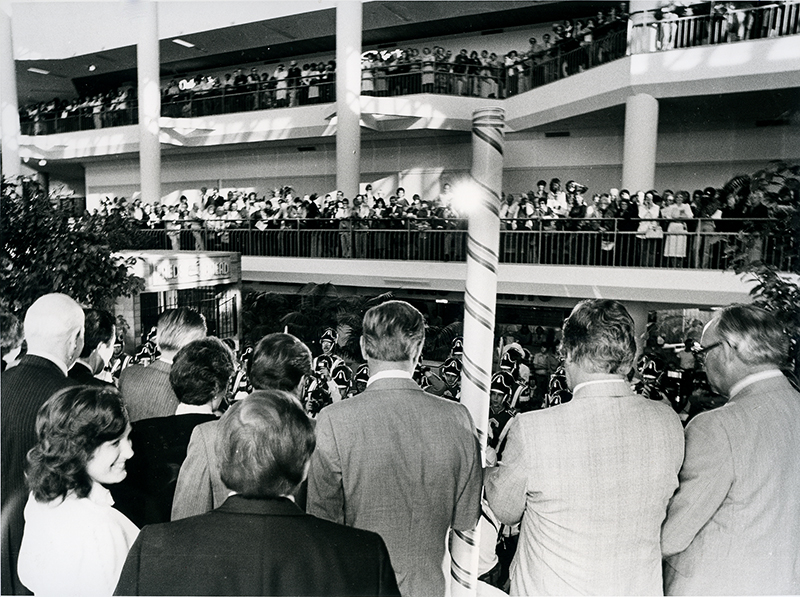 Today Gallemore works as customer support manager for the city of Oklahoma City’s Information Technology Department. But when he looks back at those years working at Quail Springs, he mainly remembers the fun and the friends.

“My favorite memory is of all the people who worked at the mall,” he smiles. “For many, they would come to the food court on their break, and so I got to know a lot of people who worked there. I made many good friends at Quail Springs, and some are still friends to this day.”

Shoppers today see a much different mall than those who strolled through the corridors in 1980. El Fenix Mexican restaurant is gone, and so is Morrison’s Cafeteria. Record Bar and Walden Books are no more. Rothschild’s and even Sears went away. But today it boasts a 24-screen movie theater, and anchor stores including Von Maur, J.C. Penney and Dillards.

“I still recall where the original stores used to be located,” Gallemore says. “The spaces of those old stores are still there, but the friends and colleagues have all moved on and the storefronts have changed. I miss the old windows that covered all three floors of the front entrance and the sculpture that used to be in front of the mall. Of course the hairstyles, makeup, clothes, music and just about everything else has changed in the past 35 years. Going back today, I admit I sometimes get a bit nostalgic. But there are some great memories in that mall.”