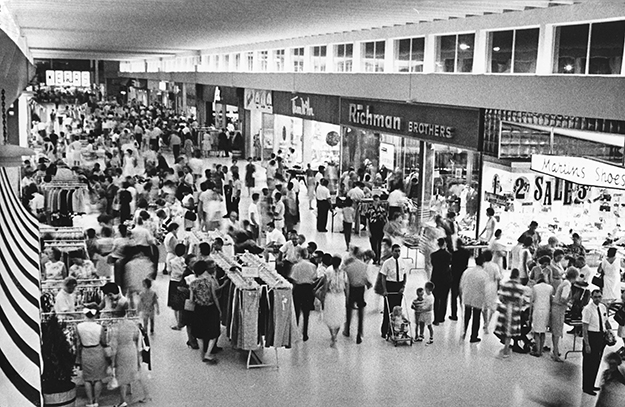 In 1964, Oklahoma City Saw Its First-Ever Enclosed Shopping Mall. Shepherd Mall was new and modern, and unlike the open-air Penn Square, shoppers could stroll from store to store in total comfort.

Shepherd Mall opened with much fanfare at NW 23rd and Villa, and was home to anchor stores like John A. Brown, TG&Y and Penney’s, as well as the neighboring Sears. El Charrito and Val Gene’s were favorite restaurants of the day, and movie-goers flocked to the new Shepherd Twin Theater.

But as times changed, shoppers headed for the revamped Penn Square Mall, or Quail Springs on the far north side. Shepherd Mall was forced to reinvent itself and today it is a bustling office complex, home to some of the state and federal government’s largest employers.