Memories of the Biltmore Hotel - 405 Magazine 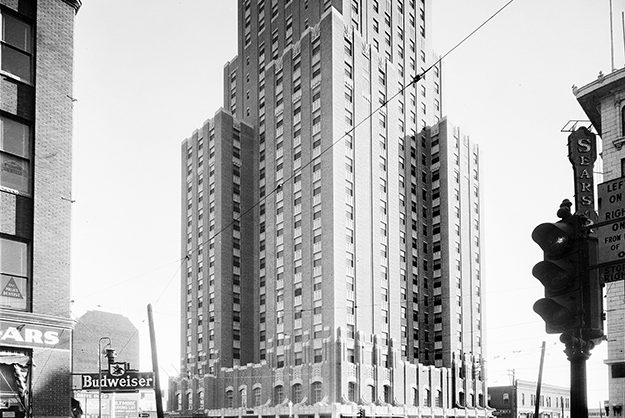 It Was Sunday, October 16, 1977. Thousands of people turned out to see a piece of history fade into oblivion in downtown Oklahoma City.

At one time the Biltmore Hotel was unrivaled in elegance. Located at Grand and Harvey, it had 33 stories and 619 rooms, and was among Oklahoma City’s tallest buildings. Not even the nearby Skirvin could compete for prominence on the city’s skyline.

Each room offered access to a free radio – quite a luxury at the time the Biltmore opened in 1932. Ceiling fans and circulating ice water ensured every guest was comfortable. The dining areas sported crisp white linens with fine china, crystal and silver. Exquisite tapestries lined the walls, with rich wood-beamed ceilings.

The hotel closed in 1973, falling victim to Oklahoma City’s “urban renewal” projects. On the Biltmore’s final morning that crisp autumn day, many openly wept as they watched a piece of Oklahoma City’s legacy come tumbling down. 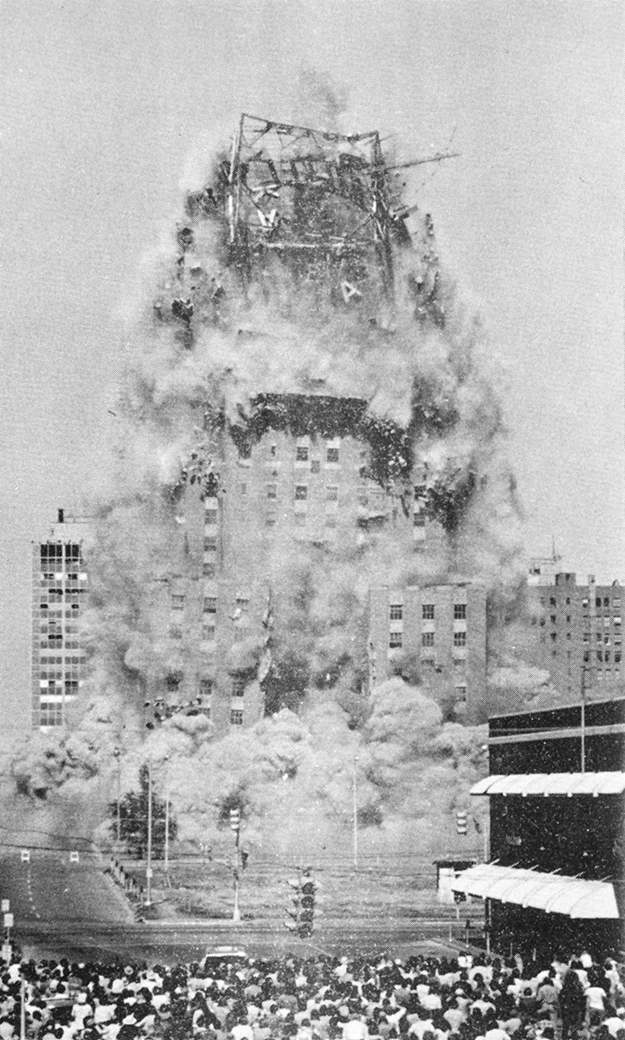 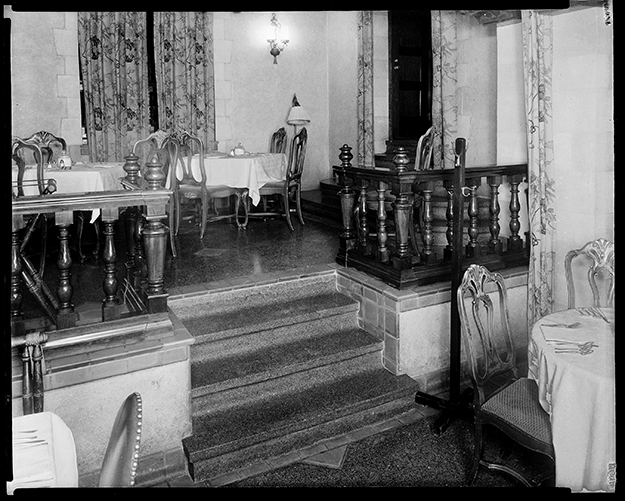 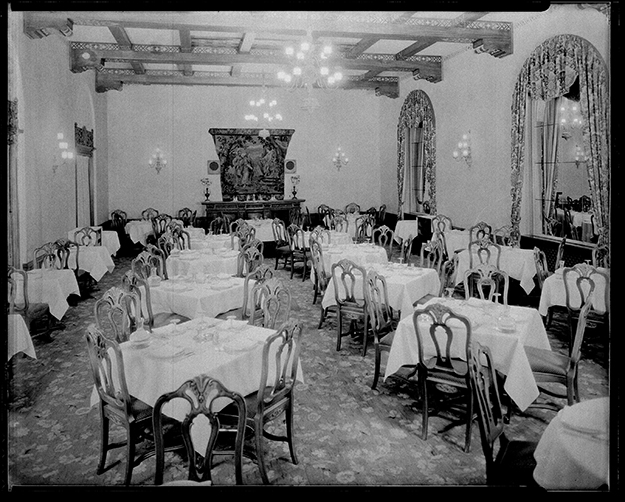